The Burris FastFire is well known for its practicality and modest cost.  Their latest version, the FastFire III will surely be a favorite with those looking for an inexpensive, highly functional optic. The diminutive red dot is available in 3 MOA or 8 MOA variants for those who would rather use the optic on rifles and pistols, or scatterguns. 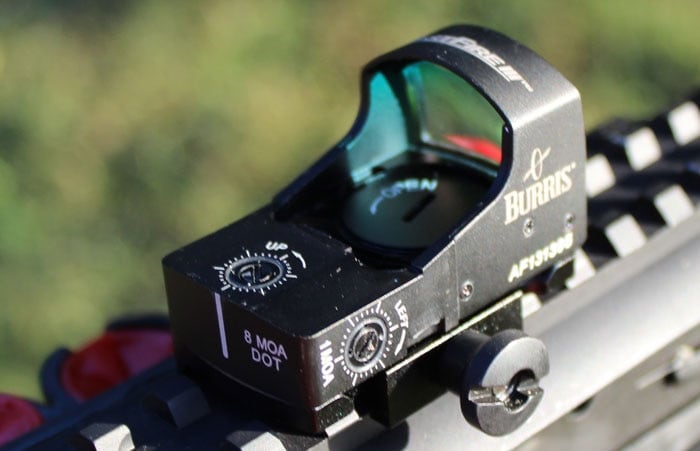 The whole package is remarkably small.  The FastFire III is 1 3/4 inches long, and right at an inch tall and wide.  There is no real weight to the optic, just 25 grams.  Like most red dots, there are multiple ways to mount it.  Burris makes some mounts for specific guns, or there are bases that allow for other options.  This one is mounted on this Mossberg 590 A1 with the Picatinny mount. 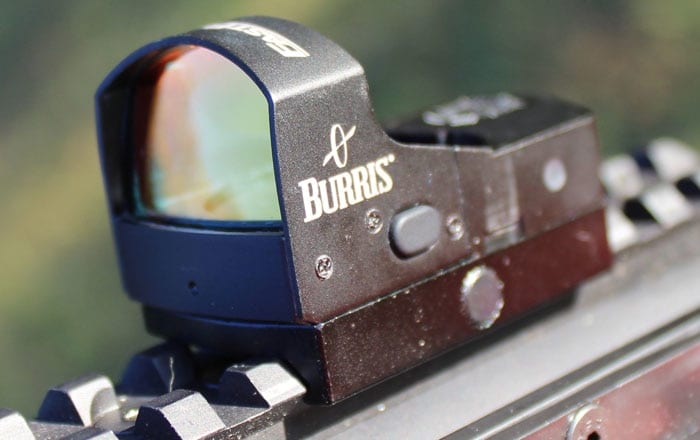 The optic is powered by a CR 2302 battery.  A switch on the left side of the aluminum housing turns on the dot and adjusts the brightness.  At peak power, the 8 MOA dot is clearly visible, even in bright sunlight.  One improvement of the third incarnation of the FastFire is that the windage and elevation can be adjusted without the use of special tools.  The slot on the back is large enough for the rim of a 12 gauge shell, which makes adjustments in the field much easier.

The FastFire III can take the punishment.  I’ve run into some of the less expensive optics recently that simply couldn’t handle the recoil of a shotgun.  The Burris has no problems with it at all.  The tiny filed of view on the FastFire is more than sufficient for rapid target acquisition, and just barely large enough that you can keep your eye on the dot through heavy 12-gauge recoil. 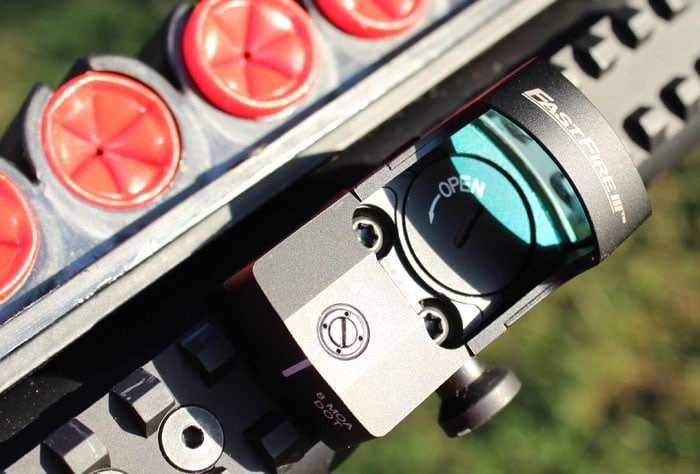 The 8 MOA is exactly right for close range defensive shotgun work.  At 7 yards, the dot covers the spread from the 590 shotgun.  At longer distances, the red dot is less accurate.  But there are mounts that allow for the optic to be cowitnessed with iron sights, which would allow for the red dot to get you on target, and the irons to get you greater accuracy.

Still, on a shotgun, the wide red dot is perfectly fine.  The brightest setting is ideal for daylight and the lowest settings have an ambient glow that isn’t going to blind you at night.  If you are running a light on your shotgun, the middle range is good.  Not too bright, but not so dim that it will be lost if your light glares off something like drywall. 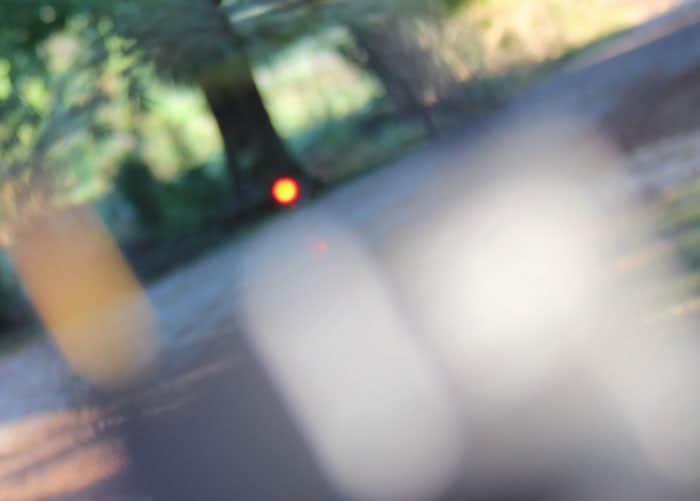 I’ve heard some folks complain that the Burris is ideal for fair weather, but is less effective in the rain and snow.  I haven’t had any problems with the sight, at all.  I took it out this weekend and shot it in driving rain.  It was raining so hard there were coastal flood warnings.

It was the perfect weather for some good old fashioned torture testing, and the FastFire was more than up to the challenge.  The light wasn’t as clear as it is in perfect weather, but when water distorted the projection from the diode, blowing it or wiping it clear seemed effective. 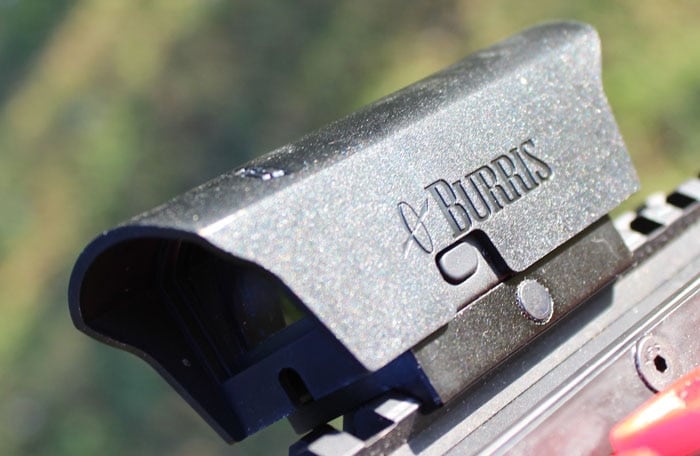 Burris provides a good cover for the optic.  It doesn’t seal it up completely, but it provides a tight fitting shade for bright sunlight and it works well to keep out rain.  Snow might be another story.  I’d assume that ice would be harder to clear from the optic, especially with the lack of dexterity that comes with cold gloved hands.

The FastFire III with the 8 MOA dot is selling for $239.  That puts it well below some of the other optics out there.  I don’t know that I would put the FastFire in the same category as I would the Trijicon RMR, for example.  The glass is not quite as clear.  The controls are easy enough to use, but you still have to turn the optic on and cycle through levels to get where you want. 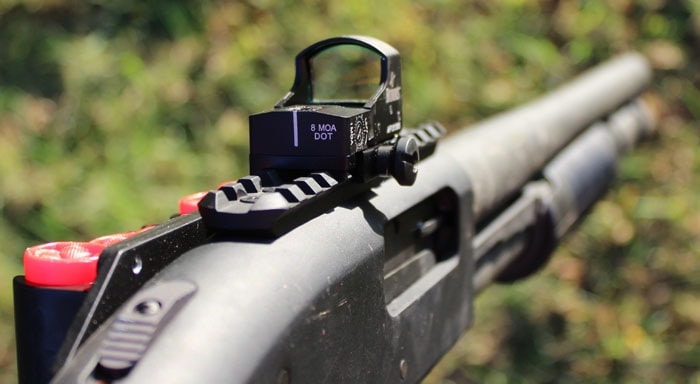 Yet we can compare the performance of the RMR and the FastFire III, but there’s no comparing the prices.  In short, I think the Burris FastFire III would be ideal for those on a budget.  I wouldn’t hesitate at all to recommend it for plinking, hunting, or home defense.   At this price, I haven’t seen another optic that can compare.