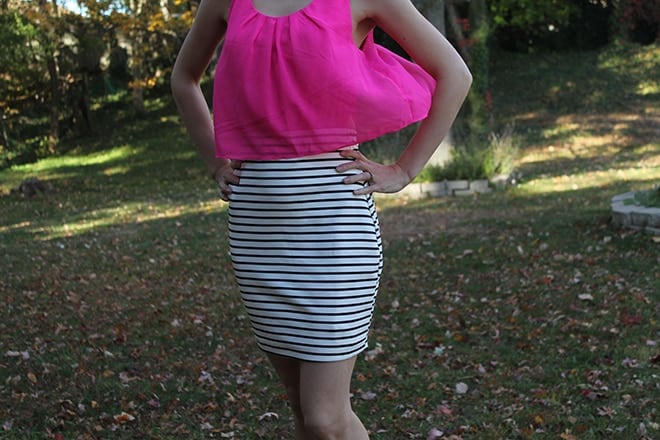 The author conceals a Ruger LC9 in a form-fitting outfit. (Photo: Jacki Billings)

Can Can Concealment has become well known among female concealed carriers for their cleverly designed Hip Hugger holster, a bellyband style hip holster, so it comes as no surprise to me that their Garter holster, a thigh holster, is gaining momentum in women’s concealed carry as well.

Sticking with what works 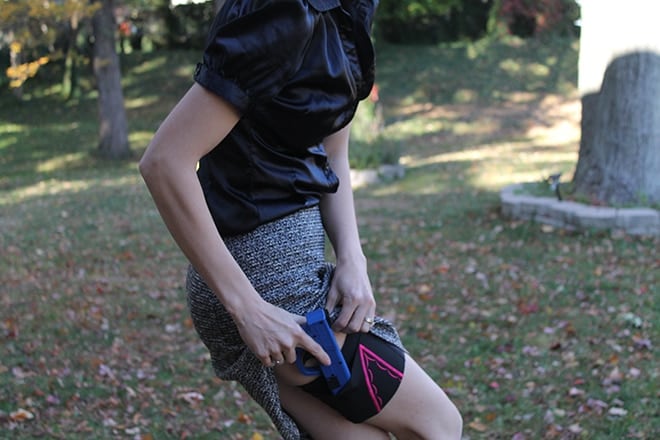 The Garter holster is a scaled down version of the popular Hip Hugger holster. (Photo: Jacki Billings)

Sticking with a proven design, Can Can’s garter holster is at its core a scaled down version of their popular belly band rig. Slotted for two firearms and with each pocket featuring a retention tab, the Garter holster is one of the most versatile thigh rigs for women. Right or left handed, inside the thigh or outside, the Garter conforms to what the wearer needs and, in essence, it keeps to what has made Can Can successful.

Three basic styles are offered, allowing women the ability to holster anything from a micro pistol to a full size. Sizes range from extra small to extra large and run true to size.

Though the holster comes with Can Can’s non-slip gripping liner the company does offer a garter belt for added support. The garter belt does not feature any pockets and is solely there to prevent any slipping or movement from the Garter holster. 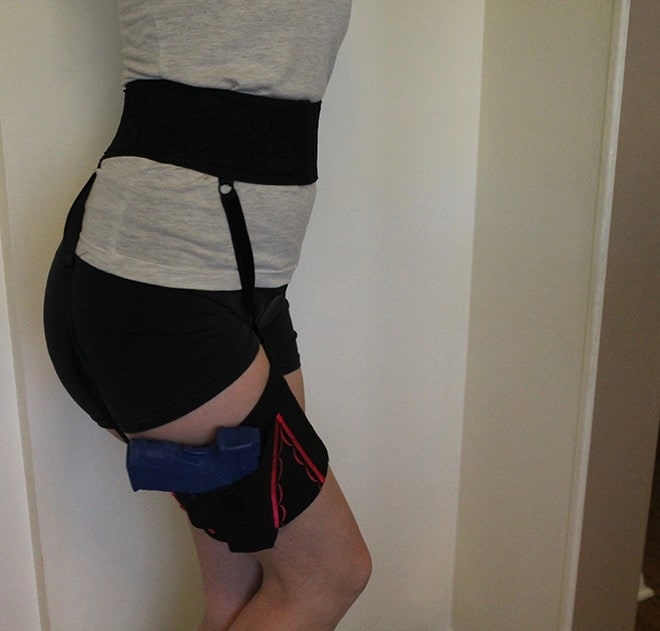 I’d like to say that Garter works well without the aide of the garter belt, but there’s a reason Can Can offers the belt. I tried sporting the Garter solo but found it tended to shift as I walked and especially if I ran. Though I don’t find myself running often in a skirt or dress, I like the added support the garter belt gives.

In the Garter holster, I tried out both my Springfield Mod.2 and Ruger LC9. Nestled into the firearm pocket and held close to my thigh, the Ruger paired flawlessly with the Garter holster.  It rode very comfortably on both the outside and inside pocket and the combination allowed me to wear tighter, form-fitting outfits as well as shorter skirts.

The Springfield Mod.2 felt secure in the garter and, at no point, did I ever worry about a floppy firearm. As a petite gal, though, the Springfield felt a little too heavy and cumbersome. It worked best on the outside but did require looser fitting skirts and dresses. The moral of the story here is smaller pistol leads to more comfortable carry in this rig.

A word on re-holstering 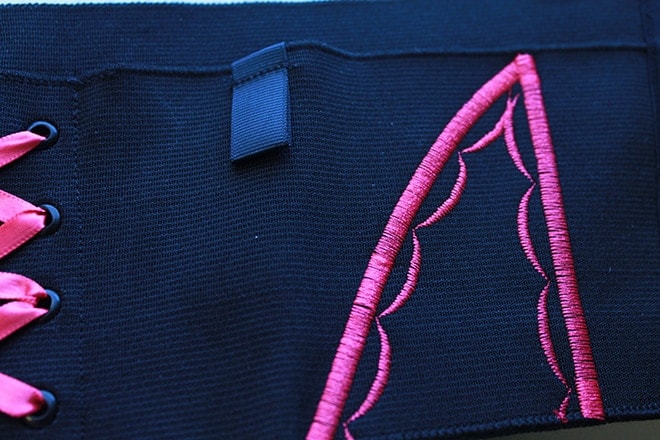 Inside the thigh and outside the thigh firearm pockets give wearers broader depth in terms of concealment. (Photo: Jacki Billings)

The garter is a successful take on thigh carry, especially for women, but does fall prey to the same pitfall as most fabric style holsters. The area of concern here is with re-holstering.

As with any collapsible holster, once the firearm is drawn, there’s nothing to separate the holster pocket from the frame. Re-holstering is dependent on two hands and enough time to wiggle the firearm back into place.

Can Can tries to address this with a pair of re-holstering tabs sewn onto each firearm pocket. The tabs allow the wearer to grasp and pull the holster fabric away to prevent muzzling fingers and allow for a safer re-holster. 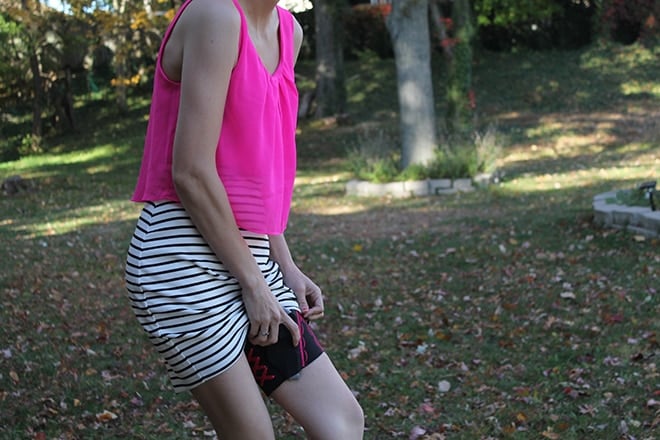 The tabs are easy enough to grasp and do speed up the re-holstering process some; however, not by much. They also don’t solve the issue of collapsing.

Fabric style holsters all suffer this flaw, though, so it’s nothing unique to Can Can. It’s also not a complete deal breaker. The key here is to know the limitations of your rig.

From the rigid elastic fabric to the funky colored stitching, the Garter keeps with the theme of Can Can Concealment. You won’t find me using the Garter holster as my EDC but when I’m dressed up for a night out or headed to church on Sunday it’s the holster I tend to grab for first. Offering an affordable option, prices start at $66, Can Can Concealment proves why it and the Garter holster are a contender in the women’s concealed carry market.