At first glance, the Crye Precision Gun Clip doesn’t look like much.  While it isn’t a minimalist holster, like the barrel plugs from VersaCarry,  the Gun Clip is much smaller than your typical holsters.  The concept is simple enough.  The Gun Clip is a flexible piece of polymer that wraps around the gun.  A slight rise inside the holster fits inside the trigger guard to help with alignment and retention.  And the whole package snaps shut for a more secure closure.

The Gun Clip is currently made for the Glock 17, 19, 22 and 23.  We have been carrying a Glock 19 in the Gun Clip.  This is the trial run, and (considering the success we’ve seen with the Gun Clip) more models are on the way.  The Clip is available in black or tan. 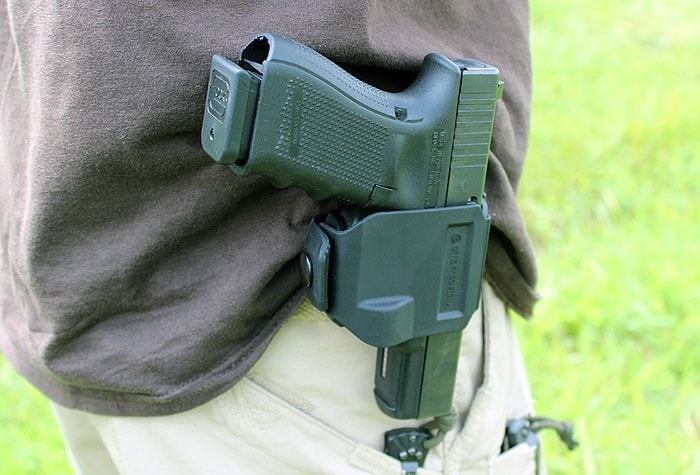 Part of the appeal of the Gun Clip is traditional strong-side carry.  The angle of carry is adjustable in 36o degrees, which means that it can be angled slightly for a shooter’s preference, or turned on its side for small of the back carry. 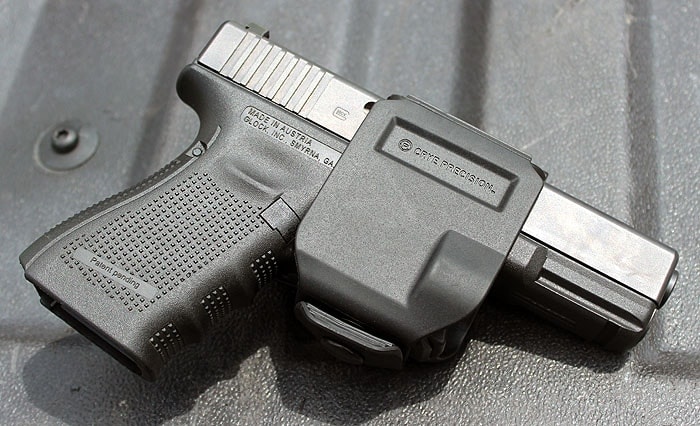 And the Gun Clip is amazingly secure.  The angular nature of the Glock pistols gives the rectangular holster plenty of direct contact.  Yet the polymer isn’t going to mar the gun’s finish.

The belt loops will fit belts as wide as 2 inches.  Because they are open in the middle, the belt loops can be adjusted for that perfect fit.  Currently, it is only available in a right hand configuration.  But that may change, soon, too. 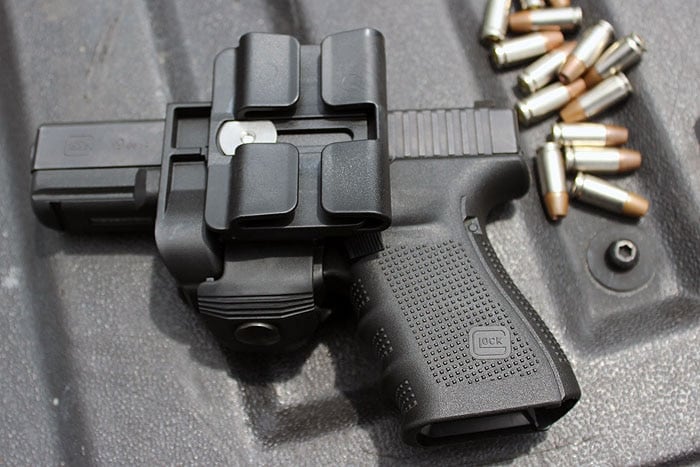 The snap closure on the Gun Clip works surprisingly well.  When I first saw it, I wondered if it would be too cumbersome to get undone, but it isn’t.  The fit is so precise that there is just enough elastic tension in the polymer that it springs open when the snap is released.  And the closure offers just enough grip to get a finger on, and not so much of a protrusion that it would get caught on anything.

An extended trigger finger falls right onto the snap, and transitions right to the trigger guard. 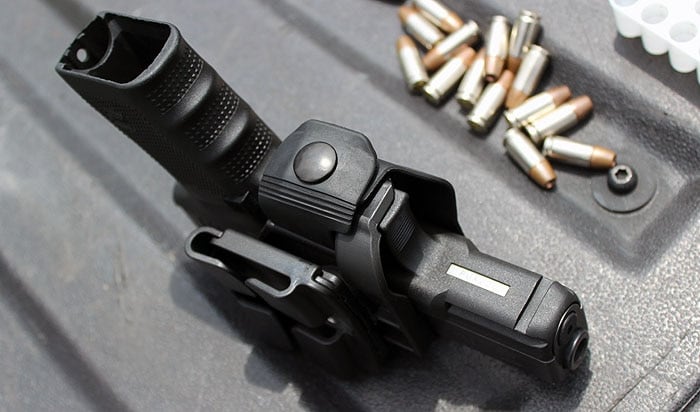 But even when the Gun Clip is open, the gun stays secure.  The insert that fits inside the trigger guard holds the gun in place.  It makes it impossible to pull the gun when the snap is secured, and will hold the gun well enough when the snap is open that you can move freely and not fear that the gun will fall. 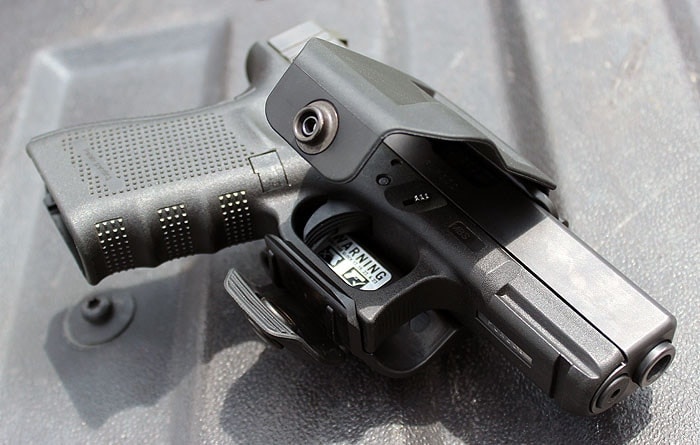 The front flap of the Gun Clip has a slight bulge in it, which is meant to accommodate a weapon light.  On most holsters, that feature increases the size substantially, and must be tailored to specific brands and dimensions.  But the Crye holster will only cover the very back end of a light, which means the extra allowance is unobtrusive enough to be included in every holster. 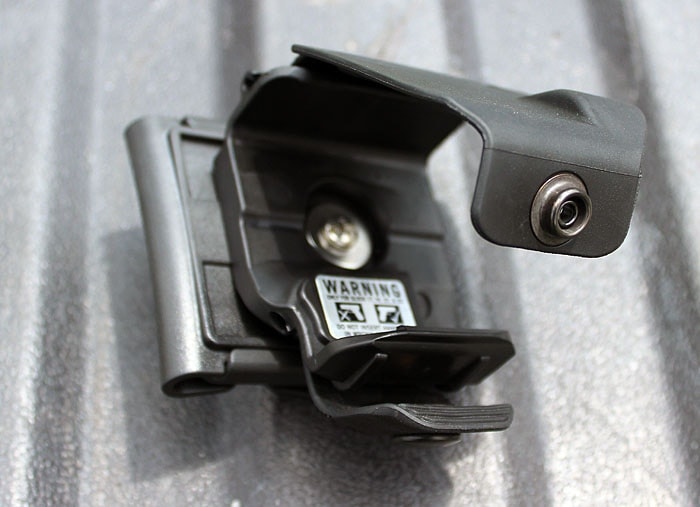 One unique feature of the Gun Clip is the variety of available draw angles.  Once the snap is opened, the gun can be pulled up, forward, down, back, or to the side.  This makes so much sense.  If, for example, you’ve fallen down and are on your back, or sitting in a car, you may not be able to get your elbow far enough back for a traditional upward draw.  But the Gun Clip would allow for the gun to be pushed down, or pulled out to the side. 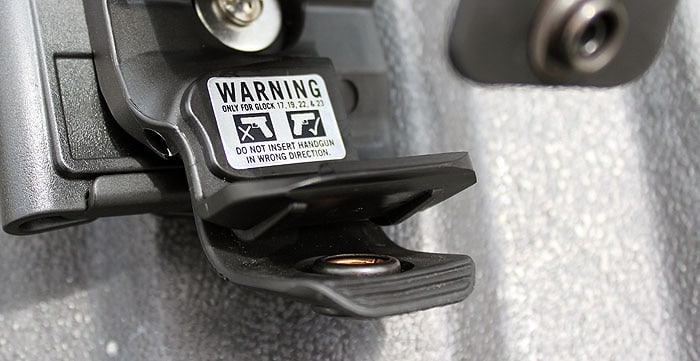 The Gun Clip allows for a lot of versatility.  It can be worn on a belt, or attached to a pack or a vest.  The angle of carry is unlimited.  The closure is secure, yet exceptionally easy to open.  While I wouldn’t describe it as faster than most holsters, it is much more versatile than most.

The Gun Clip sells for $48.90.  That puts it on par with most polymer holsters.  But if you have the right Glock (at least at this point), the Gun Clip is much more versatile.