How do you carry in your car?  We’ve considered this question before.  I reviewed a DeSantis car-seat holster recently that is a solid option for a full-sized pistol.  But that rig rides between your legs, and it is easily visible when your car is parked.  Anyone looking into the window would see the holster, even if you took the gun with you.

But there’s an easier way to conceal a handgun that still provides incredibly fast access.  The SurVisor, from Deep Conceal, is a clever take on what many of us will remember as a CD holder.  While it has its limits, the SurVisor is a fantastic way to secure a mouse gun up within easy reach. 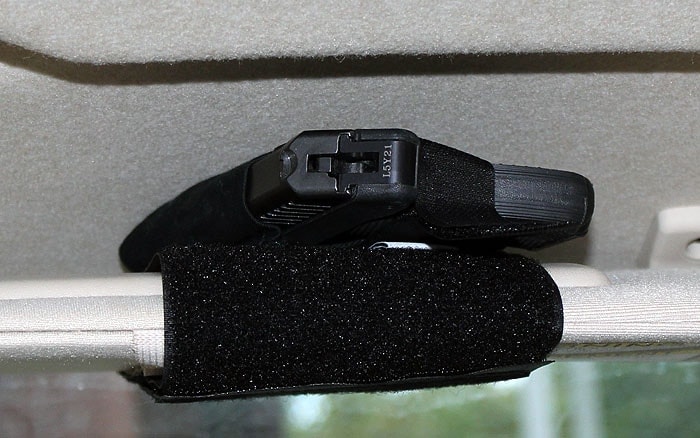 The idea isn’t complicated.  The main component is a wide band of hook-and-loop that wraps around the visor of your car.  A separate holster (tailored to the size of your gun), fits attaches to that.  They are black, and relatively unadorned.  The holster has simple straps that help hold the gun in place. 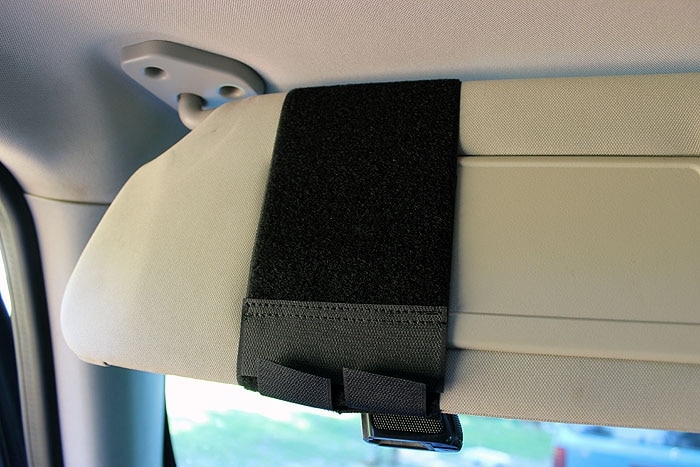 All told, the fabric holster and hook and loop fasteners and straps aren’t as solid as Kydex or leather.  But they don’t have to be.  If you can get over the initial doubt you may have in the materials, you’ll find that the holsters hold guns just as securely.  There is a point at which weight becomes an issue, but smaller pocket guns, especially those made of polymer, are ideal for this set-up.

Which guns work with the SurVisor? 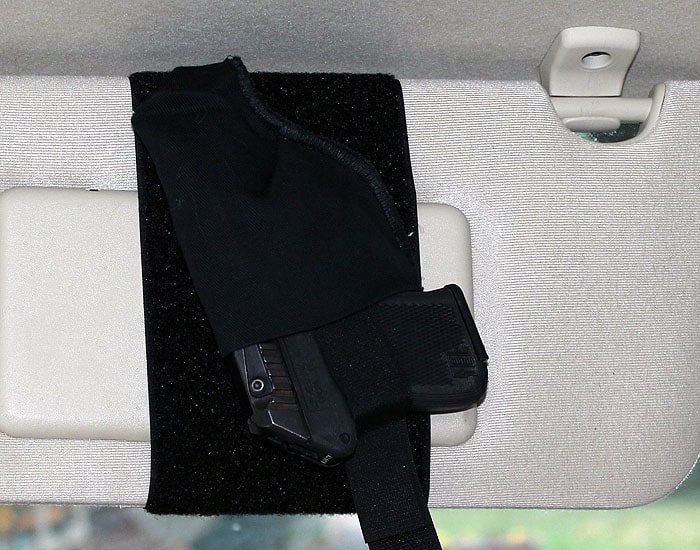 We tried several small guns with the SurVisor.  The best fit seemed to come from the Kel-Tec P3AT.  The minimal weight of the diminutive .380 and its very narrow width make the gun an ideal candidate for concealment.  It tucks up neatly between the visor and the roof of the car.  And if you want it on the other side, the gun’s weight won’t pull to heavily on the visor or the hook-and-loop. 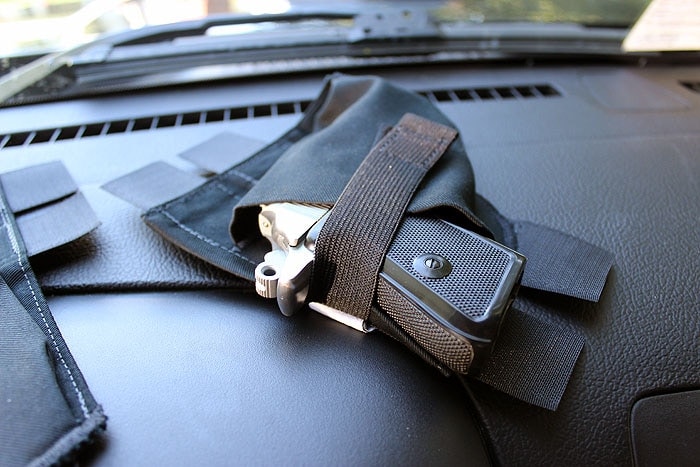 At the other end of the .380’s weight spectrum, the Walther PPK is a bit heavy.  The hook-and-loop holds, but the visor may not.  We tried it in a Subaru Outback, and in a Humvee, and the weight of the PPK was just barely manageable. 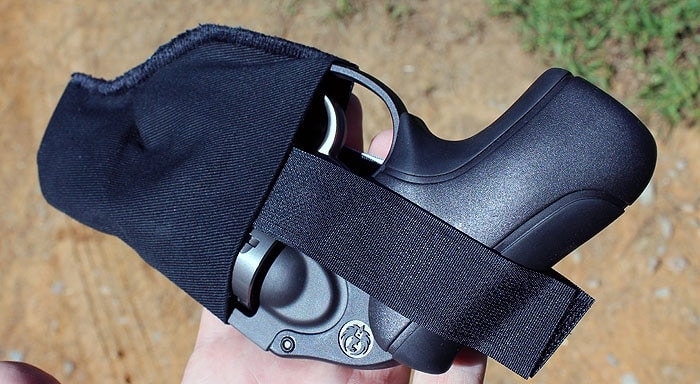 The Ruger LCR held up nicely.  Deep Conceal sells a holster attachment specifically made for small revolvers and derringers, but the LCR didn’t fit in it.  The P3AT fit in the revolver pouch extremely well.

It is easy to see the benefits of the SurVisor.  I was driven around Atlanta a while back with a gun to my head.  Actually I was doing the driving.  Had I had a gun tucked up under the visor of my van, I might have been able to control the situation.  Maybe not.  But if something like that happens again, I’m not going to be so helpless. 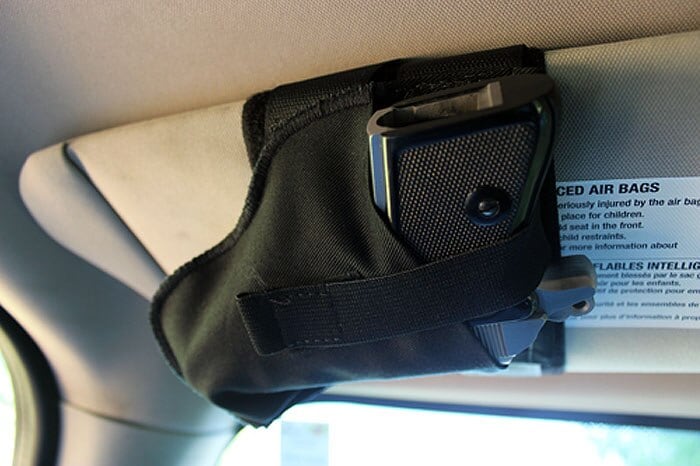