Deciding on how to carry a trusted gun isn’t easy.  But there’s something romantic about a shoulder holster.  As a writer, I’m drawn to solid imagery.  And I like the iconic cinematic menace that comes from a shifting suit jacket, and the glimpse it sometimes reveals of a heater tucked up under the arm of a hard boiled detective.

In the movies, the shoulder rig is the concealed carry method of choice for detectives and politicians, the characters everyone knows are carrying guns.  But they’re surprisingly useful for concealed carry.  And that’s where DeSantis comes in.  The holster maker has been making the New York Undercover Shoulder Rig for 40 years.

The New York Undercover is a simple, well built design.  The leather is a split cowhide, with the grain side out.  It is available in either black, or tan.  Available in either right or left hand configurations, the holsters are snug, and close with a button thumb break. 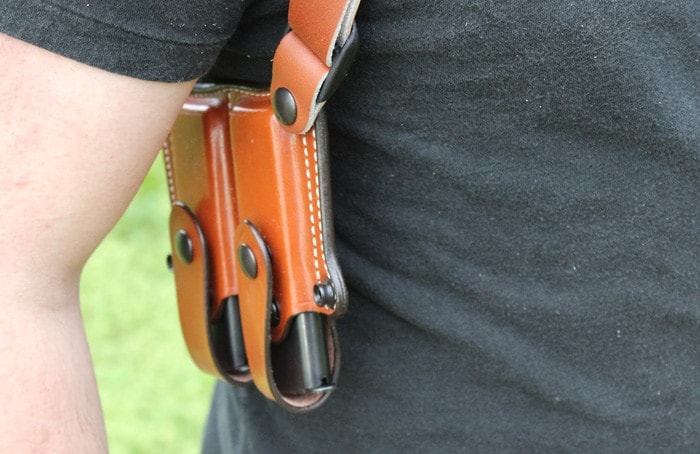 On the opposite side, an ammo holder secures two magazines.  For the 1911, there are two buttons: one for a 7 round mag, and one for a larger mag with a bumper.  These take more time to access than a belt holder, but are still convenient, and help to give the holster balance.

The New York doesn’t have any belt attachments.  There are no suspender straps or belt loops to hold the rig in place.  Instead, the holster and magazines are suspended by a wide yoke of straps that, after a bit of sweating and breaking in, will conform to fit each individual shooter. 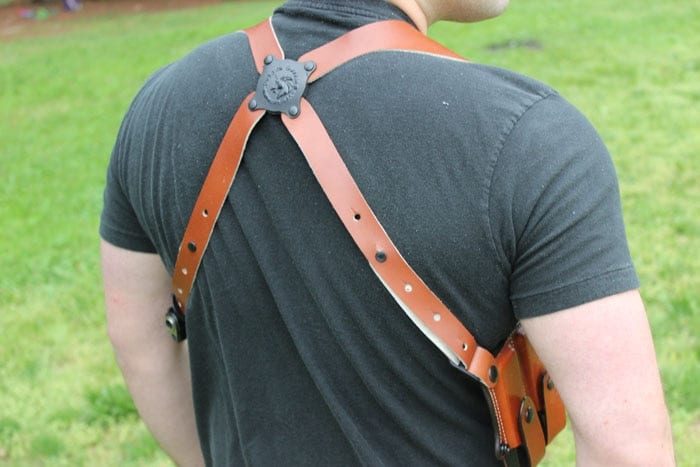 Drawing the gun requires a bit of thought and practice.  The leather holster holds the gun tightly.  And the thumb break snap closure can be snug.  So you first have to break that connection, then clamp down on the holster with your weak side arm, and then draw.  It sounds much more complicated than it actually is.  When I first tried it on, I thought I was going to pull the whole holster free on the draw, but it doesn’t have much play. 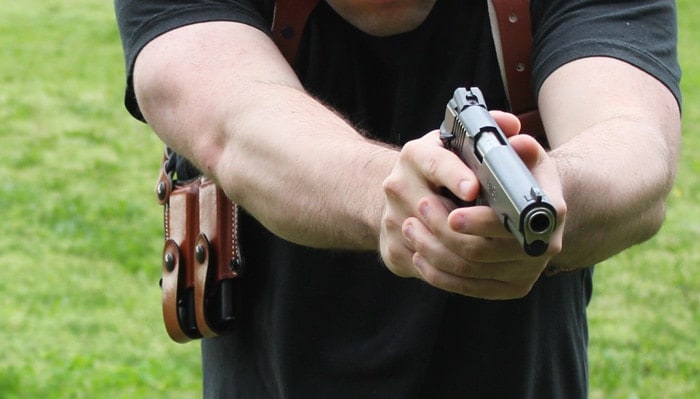 The New York is highly adjustable.  As such, it stays concealed nicely.  Even a full sized 1911, like this Remington R1 Carry, or the Colt on the front page (with those great VZ Grips), are easy to hide under your arm.  Worn at a slight angle, the holster follows the contour of your chest.  Jackets can be adjusted, buttoned, unbuttoned, keys can be fished out of pockets, and there are no tell-tale belt attachments to give you away. 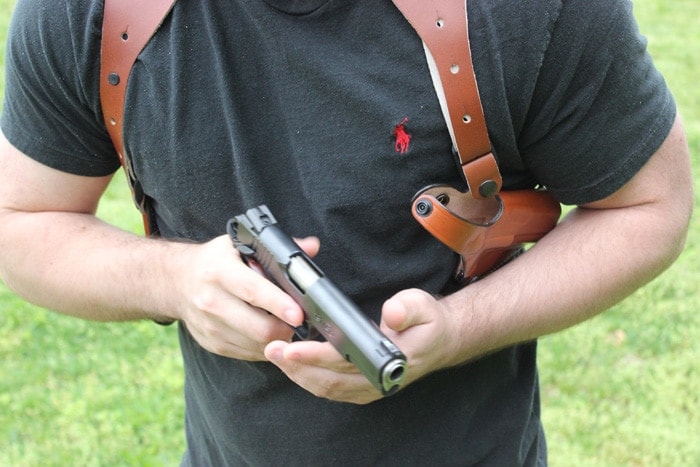 I like the position of a shoulder holster for this very reason.  The draw puts you in low ready very quickly.  This requires that thinking thing I’m always advocating, as a sloppy draw points the gun into your own chest.  Any accidental discharge on the draw could also wreck your arm. 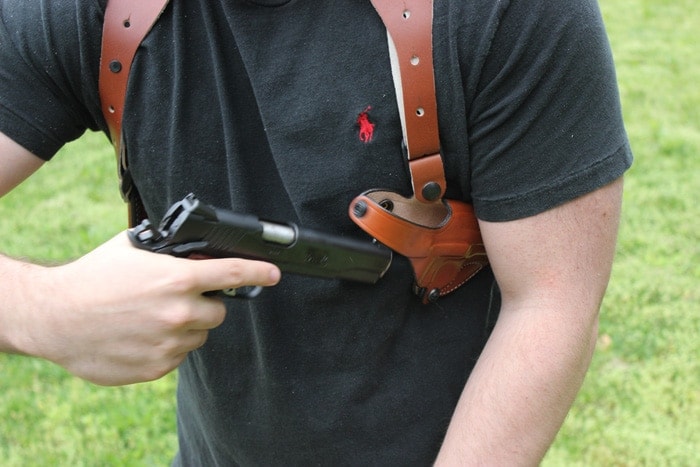 But be patient and practice.  The New York rig, for a 1911, sells for $169.  That’s not cheap, but there’s nothing cheap about the holster.  And once you have the straps broken in, new holsters for other guns (and new mag holders) can be bought separately. 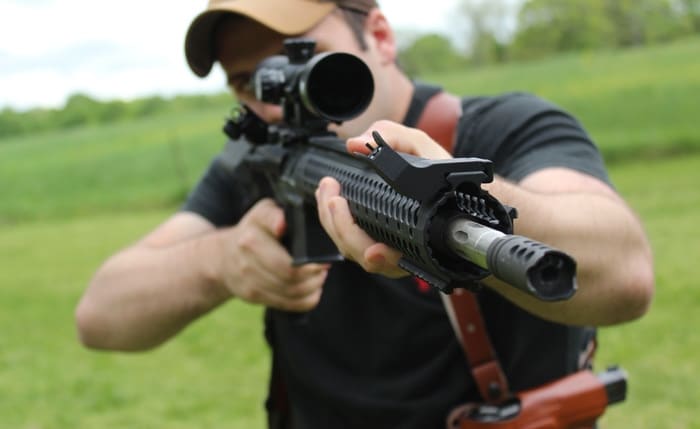 It is an investment, but a sound one.  The shoulder holster is the way to go for dress carry.  And it is the most efficient form of concealed carry for those who sit at desks, or ride in cars, or use other long guns that can bump on strong-side hip holsters.  That’s why they’ve been around as long as they have, and why DeSantis continues to refine this timeless masterpiece.