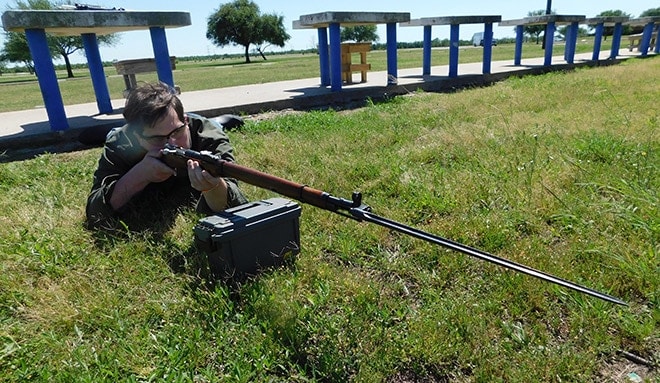 The author takes aim with his Mosin-Nagant. Note that the bayonet isn’t for looks and these rifles were sighted in with the bayonet on. (Photo: Terril Herbert)

I have a long and stormy history with the Mosin-Nagant family of rifles and carbines which I can bore you with another day. Despite not appealing to American patriotism nor modern efficiency, everyone seems to own a Mosin-Nagant. The aftermarket for this World War II era rifle is nothing short of astounding, though some purists like myself would prefer to keep the rifle in stock military condition. That doesn’t mean it doesn’t pay to have tools to fix potential issues.

Such an issue happened after I decided to dive back into the Mosin fan club. I picked up a 1942 made 91/30 for a handloading project and, off the bench with cheap ammo, I got an amazing group (judged against accurate competitors like the 7×57 Spanish and 6.5 Swedish Mausers). Unfortunately, the sights, despite being fixed in place with the witness mark and sight base aligned perfectly, were well off — about two feet off to the left, peppering my backup target instead of the one in my sights. 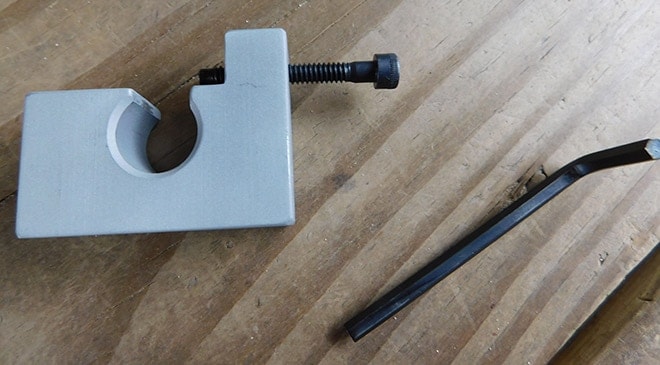 The setup for the Elby Range Buddy is as simple as it comes. (Photo: Terril Herbert)

I took the rifle to my shop, locked it down and proceeded and break out the typical Communist solution—a hammer and a chisel (I didn’t have any sickles handy). With the rifle secure, I tapped and later banged on the front sight in my attempt to move it. No dice. Years of rust, corrosion and grit had the front sight tight in the dovetail as if it was welded in place.

Traditional methods failing, I adopted a modern one and took to the internet. After a quick search, I found a cool little sight adjustment tool produced by Elby and distributed by Tandemkross. They have several sight adjustment tools to include one for the 91/30 and a different one for the m44/Type 53 rifles and the early M38. I selected the 91/30 tool, paid the tidy $30 sum and got it in the mail a few days later. 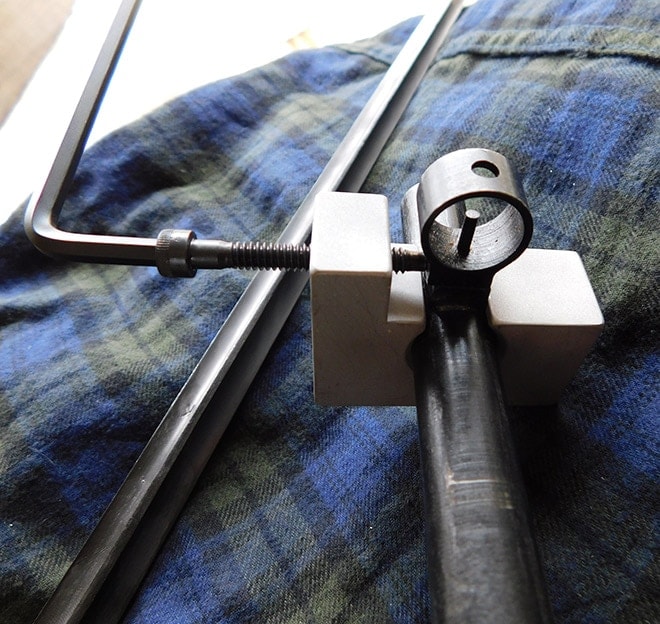 The Range Buddy works over this stubborn sight with ease and precision. (Photo: Terril Herbert)

The Elby Mosin-Nagant Range Buddy consists of a 0.75 inch block made from tempered 6000 series aluminum that is slotted to fit over the barrel of the rifle. The real work is done by a steel turn screw threaded into the block. The screw has increments etched on the head for precise adjustments and is torqued using a provided Allen wrench.

On the range, I shot a group to make sure my previous outings were not in error. No hits on the target, but puffs of dirt were kicked up on the right. 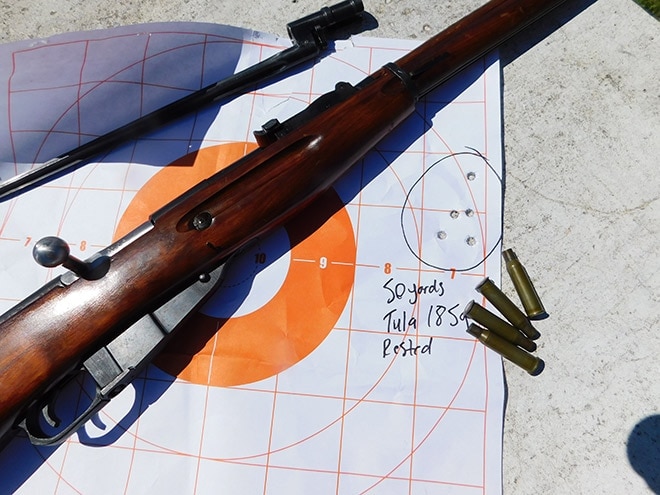 A great group, but not the intended target. (Photo: Terril Herbert)

To use the “range buddy”, take out the cleaning rod and remove the bayonet. The buddy will slip over the muzzle with ease. Finger tighten the screw to hold it against the sight base. Next, take the Allen wrench and crank the screw tighter against the sight. This moved over the stubborn front sight with ease and I finally got on paper. To adjust, move the front sight in the opposite direction of where the bullet needs to go. I fired another group with the device still attached and made adjustments on the fly, before I was able to put my rounds right above the intended target.

Next, I removed the range buddy and remounted the bayonet. As the Mosin-Nagant was originally sighted with the bayonet attached, this allowed the bullets to drop lower, to the point of aim — perfectly sighted in about 10 minutes. 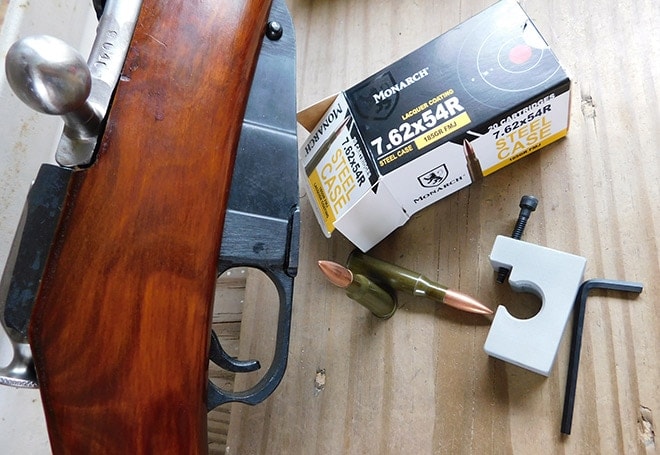 Though $30 is a bit high to pay for a essentially a uni-tasker tool, the ease of use, precision of adjustment and the reality of owning a vintage Mosin-Nagant, make it well worth the price. (Photo: Terril Herbert)

Some Mosins are more readily adjustable than others, but after multiple wars and plenty of questionable refurbishments, it is wise to have the right tool for the job if you intend to do anything serious with a Mosin. Hitting what you are aiming at is a lot more enjoyable than having to hold over and the $30 I spent on the Range Buddy is a far better solution than beating on the rifle or wasting ammunition.

For quick, precise adjusting and for breaking those stubborn sights, Elby’s Range Buddy is a great buy and a must for the range box.