Most of the companies that cater to preppers make really focused survival gear.  The sort of gear that’s useful during emergencies or catastrophes may not have everyday use.

Elite Survival Systems (ESS) makes a different kind of survival gear. ESS makes gear that’s meant to be used and used to survive.  From holsters and knives, to emergency rations, ESS focuses on SHTF gear that has useful daily applications.

The Crossroads bag is constructed from 1,000 denier nylon.  The YKK zippers are over-sized, and rugged.  The bag has a padded strap and solid handles that make carrying a heavy load a bit less cumbersome. 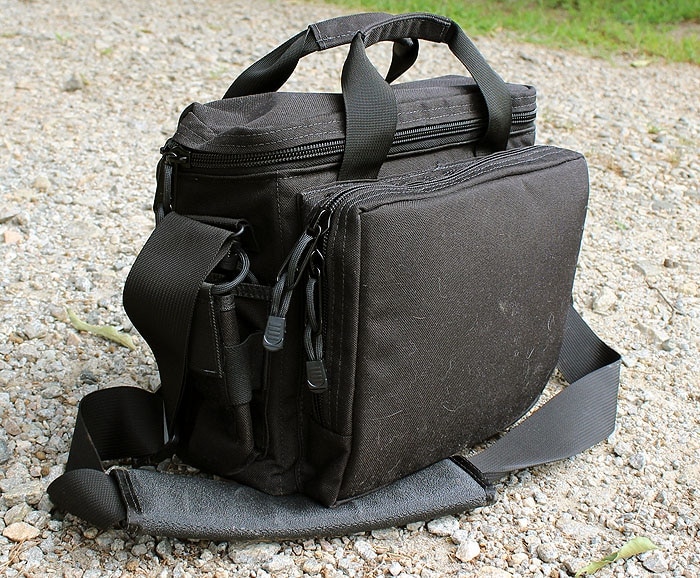 The main compartment is about twelve inches wide and three inches wide.   It stands ten inches tall.  It is available in black and in coyote tan.  The straps are two inches wide.  hook-and-loop closures on the back allow the bag to be attached to a belt or a larger bag.  And the best part, from my perspective, is that the bags are made in the U.S. 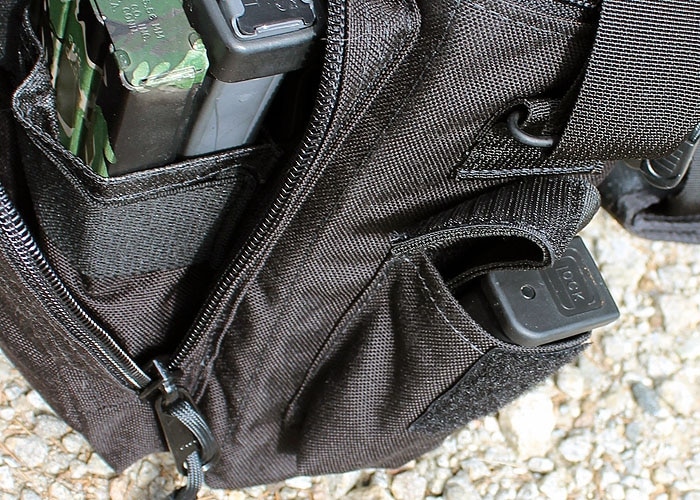 This is a well named bag.  The Crossroads part is open to interpretation.  I see blues legend Robert Johnson selling his soul to the Devil.  But the Crossroads image also evokes that moment when you have to make a decision about which way to go, which is where the Escape part comes in.  The Crossroads bag could be very useful for escape, depending on what you put in it. 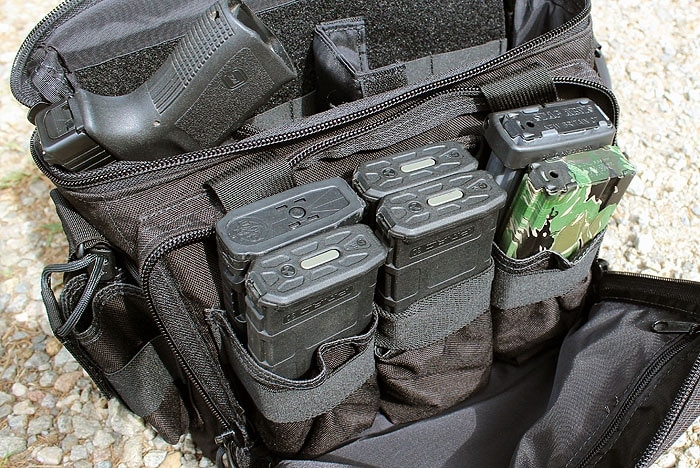 The Discreet part is why we’re talking about it.  The Crossroads bag has space inside the front pocket for six AR magazines.  They are held in place securely, and the compartment zips shut.  On the back of the bag, a padded compartment opens to accept a pistol holster.

Less discreet is the pistol mag holder on one side, and the water bottle/radio holder on the other.  But these two pouches are much more subtle than they could be.  And the exposed placement of the pistol magazine pouch (which is covered with a flap) allows for fast access, which gets us back to the survival part.

And that’s what the Crossroads bag does best.  It balances form and function, discreet and survival.  The bag has an interesting ability to blend in with its environment.  If you’re holding an AR-15, the bag looks very tactical.  If you’re dressed in jeans and a tshirt, the Crossroads bag looks more like a laptop bag.  In fact, the MacBook Pro I’m typing on, which is small for a laptop, will fit in the main compartment.  An iPad would fit quite well.  You could set the Crossroads down on a shooting bench or on a conference table and no one would question its presence. 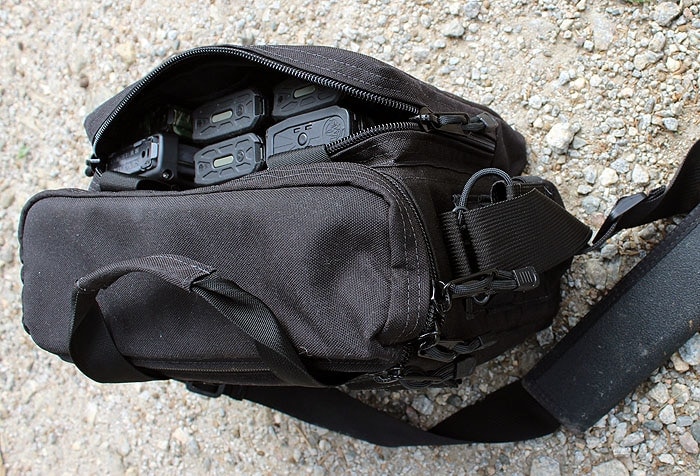 But open it up, and it is all business.  The magazine pouches are well placed, bound with elastic, and easy to access.  With six open slots, that’s an available 180 rounds.  Inside the main compartment, MOLLE loops and hook and loop panels allow for modular arrangement in any number of ways.   It can be packed for a true survival situation, like a grab-and-go bag, or for more duty specific undercover work, or for the necessities of daily carry. 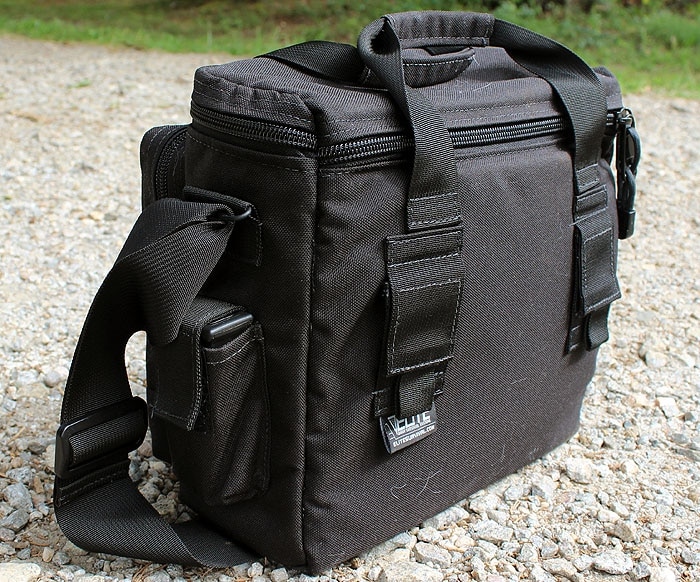 The MSRP on the Crossroads bag is $89.95, but it sells for closer to $70.  Not bad for something made in America.  Check out Elite Survival, if you haven’t already.  I’ve been very impressed with the genuinely insightful design and bombproof construction.  They are worth a look.