This review will focus on one specific line, their Reflex holsters.  In many ways, the Reflex is a traditional (if Kydex can be considered traditional) in-waist-band holster.  It covers most of the gun.  The trigger is securely protected.  The thin profile of the Kydex doesn’t add too much bulk to the gun. 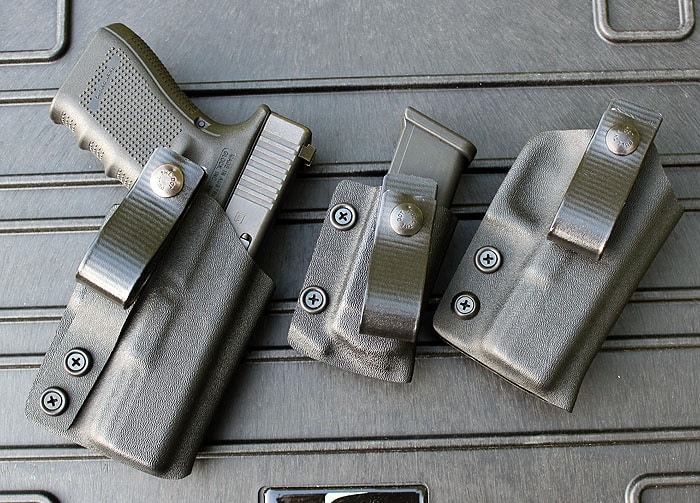 But Extreme Concealment has done a couple of things differently.  The most noticeable will be the soft belt loop.  It isn’t soft, exactly, but it is when compared to the Kydex or plastic clips typical to these sorts of holsters.  The Reflex holster’s loop is made of a flexible, yet stiff enough to provide the hold needed for a fast draw.

The Slimline (right above) is meant for typical IWB carry.  The Tuckable (left) has its belt loop attached to an arm.  When worn tucked in, the Tuckable allows for the shirt to be tucked between the holster and the belt loop. 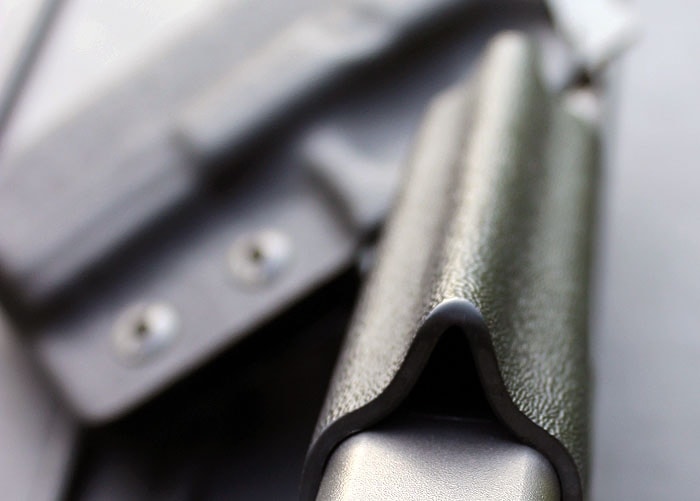 Extreme Concealment has designed in some nice features.  The sights of this Glock 19 don’t come close to connecting with the holster thanks to the generous ridge molded into the Kydex.

And the edges are finished proficiently.  The holsters aren’t expensive, yet the still bear the marks of actual craftsmanship.  They’re made by hand.  While their utilitarian nature is far from artistic, you can see that the folks who make them take pride in what they’re doing.

Extreme Concealment’s Reflex line is also completely ambidextrous.  On the Tuckable holster, the arm can be moved from one side to the other.  The Slimline is just as easy.  Simply move the snap to the predrilled hole on the other side and you’re done. 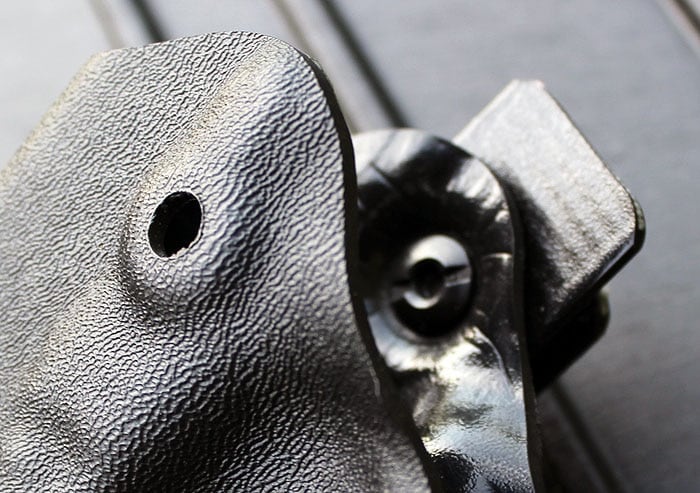 This gives the Reflex holster a number of possibilities.  Yes, it accommodate lefties, but it also allows for strong side or cross draw, small of the back, or appendix carry.  As needs change (or seasons), you can carry in a variety of ways without having to buy multiple holsters. 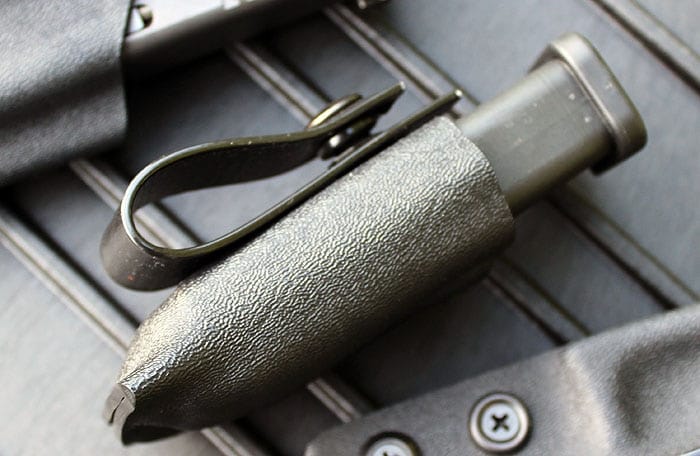 Extreme Concealment even offers a magazine holder in the same style.  In the picture above, you can see the one bone I have to pick with the Reflex line.  The Kydex, where it is pinhced together at the end of the magazine holder, is a bit sharp.  The same was true for one of the holsters.  Just above the front sight, a small triangle of Kydex juts up.  It is really minor, but could be taken care of with a quick swipe on a belt sander.

The magazine holder is great.  The Glock 19’s magazine is a double stack fatty, but still easily concealable. 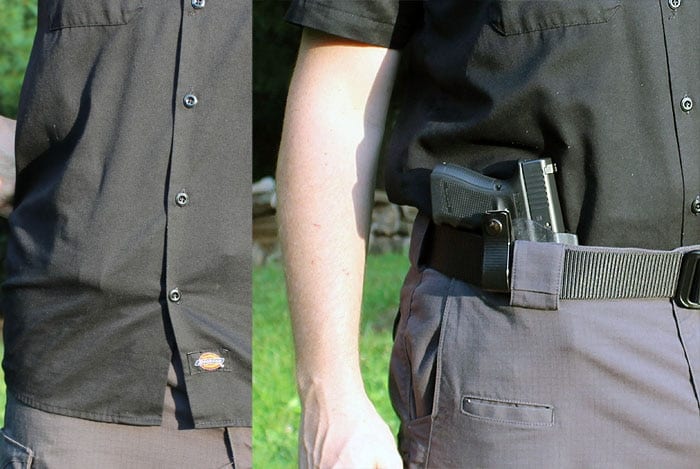 Extreme Concealment’s use of the soft loop means you will need to break the holster in.  I haven’t yet tamed the bend in the loop.  I purposely wore a shirt that would show the print for the review.  It isn’t much, but on the left side, that loop clearly shows through.  If it were to be creased, ironed flat maybe, it wouldn’t show at all.  I’m going to try weighing it down, first.  It is easily removed from the holster, and should be easy enough to clamp down. 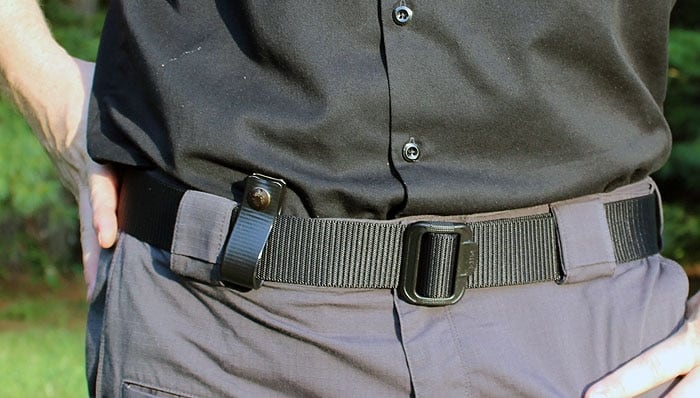 It is less conspicuous with the shirt tucked in.  The Glock 19, which is just barely concealable under these circumstances, isn’t printing at all.  And with a sports coat over the shirt, it would be even more subtle.

The Slimline Reflex starts at $49.99.  The Tuckable is $59.99.  Depending on the Kydex options you select, the price goes up a bit from there, but modestly.  $5 for most of the colors.

The end result is a rugged holster that provides you with a lot of options.