I was skeptical about the advantages of an add-on device for the management of recoil, but not so skeptical that I would pass up the chance to try it out.  I’m glad I did.  The Speed Ledge rocks.

Recoil pushes back.  Shoot a 10 gauge shotgun and you’ll feel that jab in your shoulder.  Speed Ledge won’t eliminate recoil.  Nothing will.  But recoil causes the muzzle to rise out of alignment with your intended target.  This is what makes repeat shots harder to make (unless you have a ton of time to realign).

On rifles and shotguns, forends and extra grips allow your support hand to hold muzzle rise down.  But the ATF doesn’t allow forend grips on pistols.  That’s taboo.  Instead, some try porting barrels or other modifications to help reduce muzzle flip.  Sometimes it works. 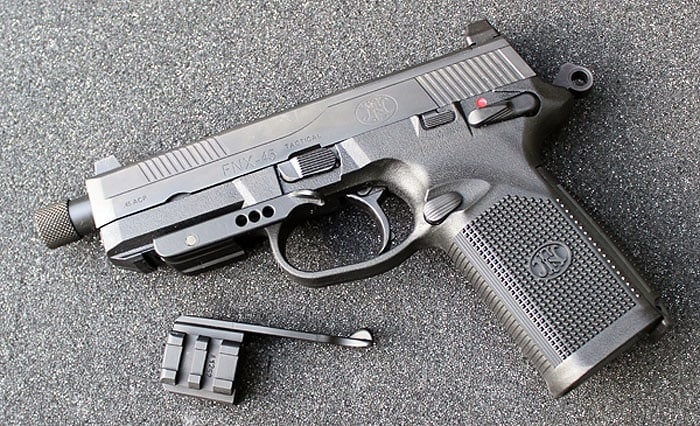 But Speed Ledge is different.  This aluminum arm attaches to a rail and provides a rest for the thumb of your support hand.  With the thumb secure in place, your other fingers wrap up your shooting hand and allow for a rock solid grip.

There are three main variations of the Speed Ledge.  For short pistols there are shorter arms.  For longer pistols, longer arms.  And one variety has an arm that curves up a bit. 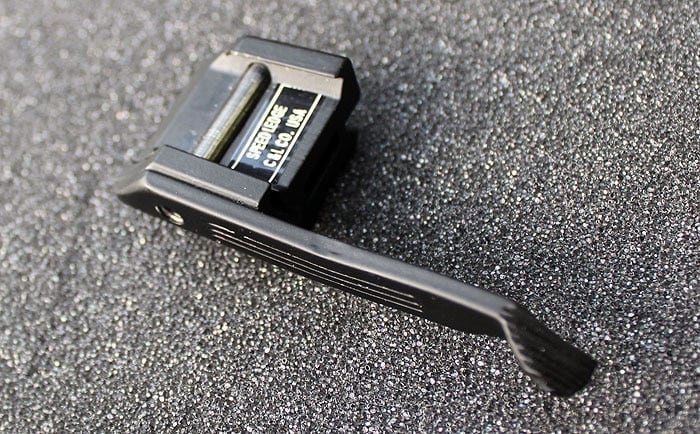 The fit of the Speed Ledge will be determined by both the size of your hands and the length of the barrel (and the rail, of course).  The mechanical advantage is greatly increased by placing the mount as close to the end of the barrel as possible. The pressure exerted on the arm then acts directly against the energy of recoil that causes the muzzle to rise. 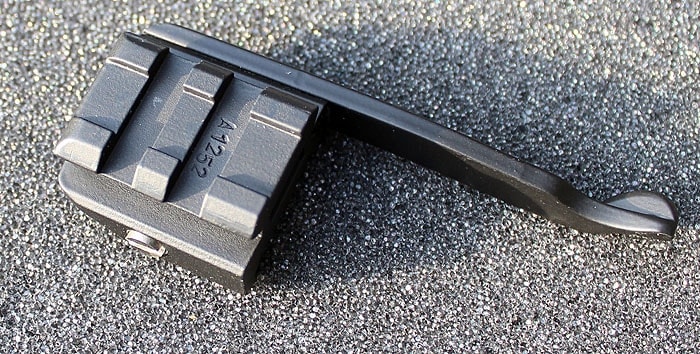 Speed Ledge offers a flat bottomed mount and one with a rail.  This way, you can still mount a light or a laser under the Speed Ledge.

If you are using a pistol for home defense, this is an ideal combination.  A good light on the bottom of a pistol with a Speed Ledge would be bulky, but in no way awkward.

Holstering a Speed Ledge equipped gun might be a bigger problem.  But not one that should out-weigh the advantages.  Speed Ledge offers a list of holsters that require no modification.  They point out also that some Kydex holsters can be reshaped easily enough by heating the Kydex with a hair dryer.

Leather is a bit more problematic.  Unfortunately for us, most gun stores frown on you coming in and testing the fit of holsters in a way that might stretch them out.  So it is best to check the list.  The FNX Tactical won’t fit in the holster I have for it.  But the Walther PPQ I use in the video fits well enough in its leather holster that it would not require any special consideration.

But I will say this.  The device works.  If you watch the video above, I’m the last shooter.  The Walther PPQ stays almost flat.  With just a bit of practice, the Speed Ledge makes shooting fast much more feasible.

Prices start at $36.95.  Each Speed Ledge is made to order, and they will work with you to determine which arm is right for your size and gun.  It is well worth it.