Gun Nerds Only: The Firearms Guide

I’m not going to try to dress this one up.  I’m a gun nerd.  I’m also a Ph.D., so I have actual nerd credentials, too.  I spent much of my youth pouring over “Jane’s Guide to Military Weapons,” or other tomes of gun data.  So I was happy to check out a DVD filled with fun gun facts.  And I’m a bit surprised by what I’ve found.  The Firearms Guide is my new go-to source for basic information.  It is both exhaustive and incredibly easy to access. 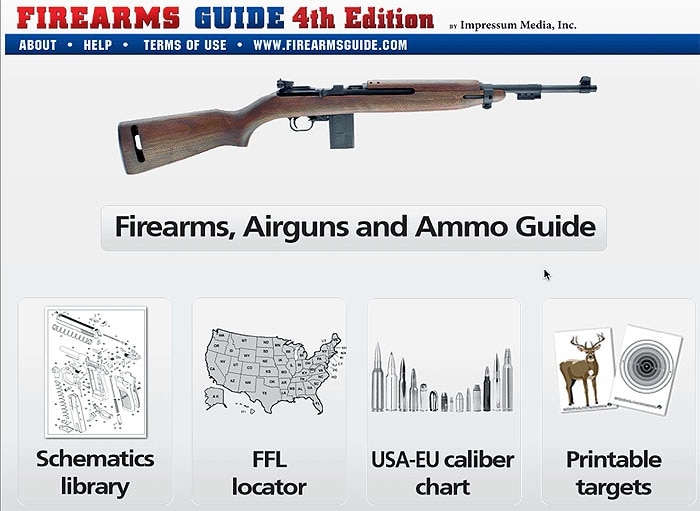 Let’s put it to the test

I grew up in libraries, but they’re disappearing.  A university where I taught recently closed its library and opened an “Knoweldge Center,”  uncluttered by all of those distracting books.  Encyclopedias are admittedly old-school.  And by the time they’re printed, they’re out of date.  Even the DVD seems a bit antiquated.  The Internet, which is the world’s greatest library, has made the technology almost obsolete.

Take Walther, for example.  Walther released a new pistol in 2013, the PPQ M2.  It is a kick-ass gun and way under-rated.  I don’t understand why so few people are carrying this gem.  But I digress.  Let’s see what the Guide has to say. 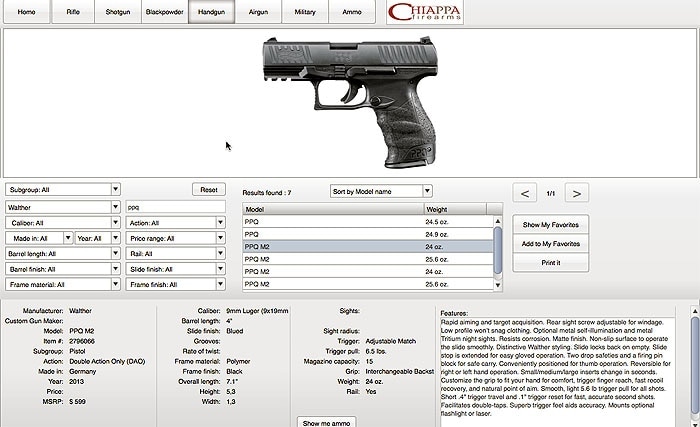 I’m still not sure why it shows the Chiappa logo instead of the Walther logo, but the rest of the information on the page is accurate.  The “Show Me Ammo” button will even take you to all of the available manufacturers of 9mm and all of their options.

But maybe you’d like to see a bit more of the gun than the picture shows.  Easy.  Pop open one of the 4,300 schematics.  I’d taken apart an Ithaca Model 66 two weeks ago.  Getting it apart was easy enough, but I had a much harder time getting it to go back together.  If I hadn’t have had the schematic of the 66 open on my laptop, it would have been much more complicated.  But we were talking about the PPQ M2.

A bit of fun 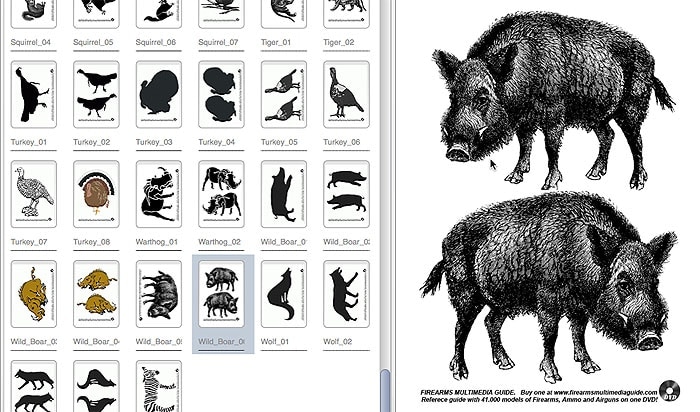 The Firearms Guide, which sells for $39.95, is searchable in countless ways.  Guns can been sorted by year of production, manufacturer, caliber — it seems like they’ve thought of all of the parameters you could want to access.  And the reference photographs help, too.  If you know what you are looking for, but not the name or make exactly, it is easy enough to sift through and check the pictures of the guns. 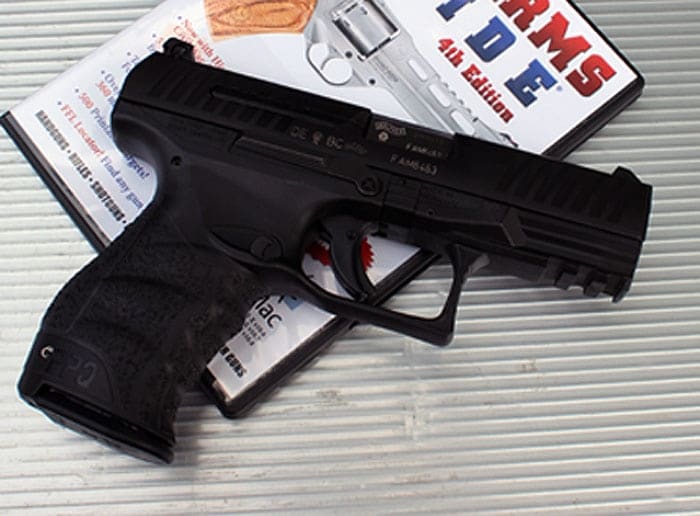 And there’s up-to-date information about FFLs in the United States.  High resolution pictures.  Info on airguns, historic guns, military guns — it is a deep database.

And it is easy to get lost in.  You pop the DVD in to check the MSRP on the PPQ, and end up spending an hour looking at pictures of some gun you’ve never even heard of.

The real benefit of the Firearms Guide is that everything is here, right at your fingertips, all in one place.  Most of this information may be available elsewhere, but finding it can be a bitch.  And once you find it, you often have to question the source.  And then there’s little consistency as to how information is packaged, so you have to sifts through detritus to find what you need.

Or you can pick up one of these, and start wasting even more time.  Or filling in the gaps in your firearms knowledge with useful information.  It depends on how you look at it.  But once you have it open, you won’t want to put it down.  And you won’t be distracted by all of the garbage advertising that litters the web these days, either.