FOURSEVENS is a relatively new name on the flashlight scene.  But they’re doing some innovative things and making their presence known.  I ran into them at the SHOT Show back in January, and I was blown away by both the rugged design and the seemingly infinite variety of lights and functions.  They’re making everything from massive floods to pen lights.

There are several different versions of the Quark.  They vary in the typical ways: tube length, battery types, lens diameters.  The QT2L-X is smaller than most of the available sizes.   But don’t let the 4.5″ length catch you off guard.  This compact light is the ideal size for carrying in a pocket, and it is bright. 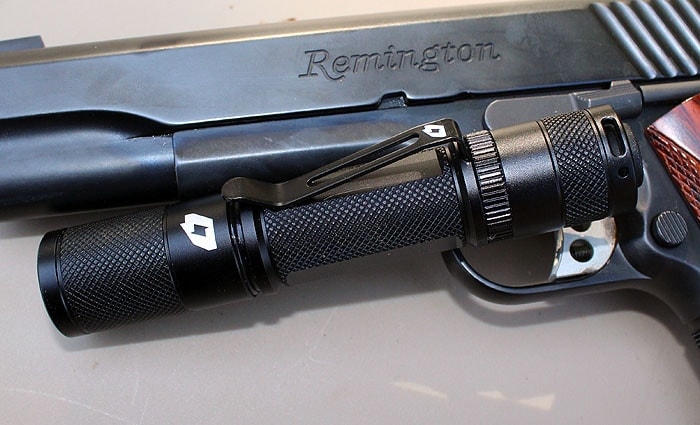 The Quark Tactical line is defined by the ability to memorize power settings and the versatility of the activation switch.  The QT2L-X takes two CR123A batteries.  At the highest power setting, the QT2L-X puts off 360 lumens.  At the other end of the spectrum is a setting called Moonlight that is a whisper of the Quark’s potential: 0.3 lumens.  It is very subtle.

At the highest setting, the QT2L-X will run for 1.7 hours.  In the Moonlight mode, it will glow for 25 days.  The lowest settings are ideal for moving inconspicuously.  The brightest settings will blind an assailant.

The QT2L-X has eight modes.  Beginning with Moonlight, at 0.3 lumens,  the light gets progressively brighter at low, medium, and high, and tops out at the Max mode’s 360 lumens. 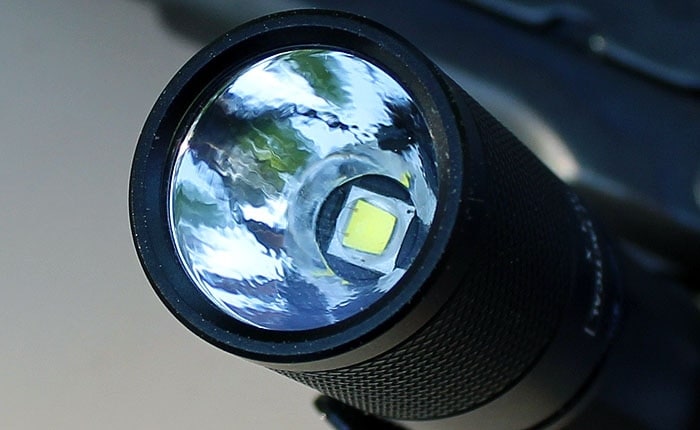 Then there are three modes that flash.  The strobe is self explanatory.  S.O.S blinks out the Morse Code for up to six hours.  If all you need is a regular pulse, Beacon will flash once every ten seconds for 16 hours.

My absolute favorite aspect of the QT2L-X’s design is its ability to move between two settings.  The light is programmable to remember two of eight different settings, and can be easily changed.  I have this one set to a low setting and the maximum setting.

With the light gripped tightly in my hand, my pinkie rides on the head and my thumb is firmly on the switch at the tail cap.  With a simple twist of the head, the light goes from something reasonably innocuous to a blaring white.  This is ideal for basic threat assessment.  With the light on low, it isn’t going to hurt anyone’s eyes.  But it is ready, from the same position, to completely disorient an attacker if necessary.

And I can switch between the two with a simple application of pressure.  The steel pocket clip turns the light’s body while my pinkie rolls over the head.  This is made much easier by the knurled aluminum body.

I’m a big proponent of weapon lights.  But some guns don’t have rails, and attaching lights can be less than ideal.  In those cases, a light like the QT2L-X can make all the difference.  But even with a light, it is useful to have a secondary light on a belt or a bag, if only as a backup. 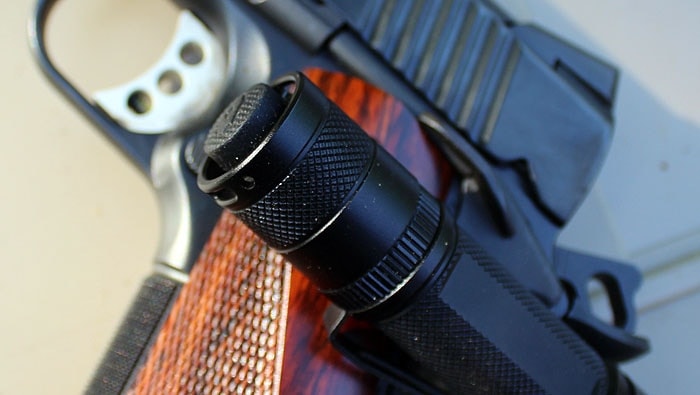 When shooting, the QT2L-X is gripped in the non-dominant hand.  Cross it under the wrist of the shooting hand, and it locks up into something reasonably firm and highly effective.  Recoil will be greater than with a traditional two handed grip, but it is manageable.

If you don’t want the light beneath your gun serving as a target for someone returning fire, than hold the light out, or up and to the side, and shoot one handed.  This will make it much harder for some shooting back at the light to hit you directly.

Sometimes a light is useful even when you don’t have a gun drawn.  And I’m not talking about all of the everyday uses.  They can be effective tools of persuasion in their own right.  The light will obviously keep someone a bit stunned.  A quick hit from the Quark’s beam and you effectively remove one of the five senses.  This causes some equilibrium issues and can be a great aid in the application of non-lethal force.  The switch can be clicked on or off, or slight pressure will give a momentary on that’s very useful, too. 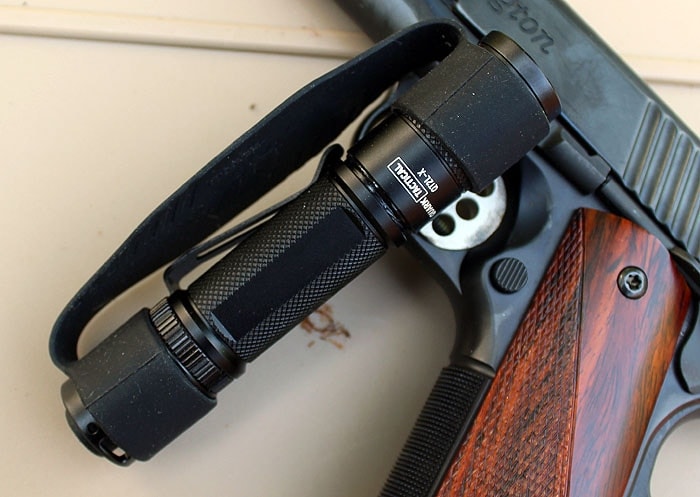 And the QT2X-L fits well in the hand.  It is just bulky enough to wrap inside a fist.  And it comes with a strap that can be worn across the back of the hand, so you don’t run the risk of losing your grip.  Or you can wear the strap on the inside of the hand, and the light across the back if you need both hands free.

FOURSEVENS has a bright future with the Quark.  It is currently selling at $75.  The second generation of the light is projected to be 20% brighter than the first (while keeping all of the same run-time statistics).

And it is waterproof and highly shock resistant.  We’ve used the Quark on several night shoots, run it up against a 1911 and a 20mm and had no issues at all with the light.

The Quark line is worth a look.  As are their other lights.  We’ll be bringing you more from FOURSEVENS.