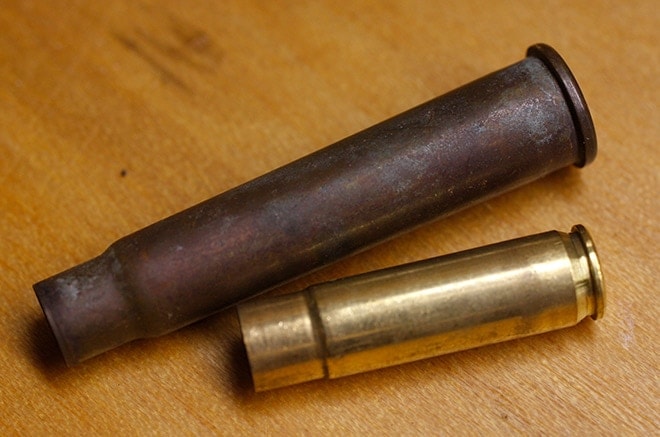 Pretty is as pretty does and lovely shiny brass does splendidly for reloaders. Ugly, dirty brass, fresh off the ground has many drawbacks. Firing leaves residue and rolling around in dirt gathers grit. This is all bad for dies and guns, so you need to get it off. In the olden days, we cleaned cases with detergent and hot water (perhaps tied in a pillowcase to launder in the clothes washer while the wife was out.) It was better than nothing, but the brass came out dull and the residue in the case and primer pockets remained. Some smart person discovered vibratory cleaners and tumblers using dry media and they did a far better job than soap and water, leaving a nice sheen on the outside of the case. 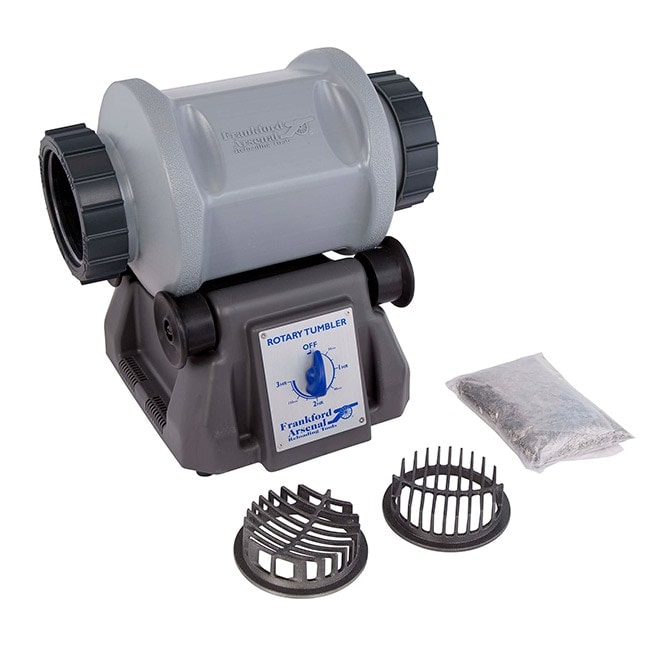 Then next step in the quest for pretty brass was discovered, stainless steel media (STM) and it is a leap forward. STM consists of small pins which scrub brass clean while tumbling it in a solution of water and detergent.

The big difference between STM and dry media is that STM cleans the inside of the case and the primer pockets, areas the dry stuff really doesn’t touch. Clean primer pockets make for more consistent ignition and clean cases have consistent capacities which also improves — consistency. This consistency stuff leads to better results.

A side benefit of cleaning the inside of the case is that it is easier to visually confirm that you put a powder charge in each one. Squibs are no fun at best and deadly at worst.

STM must be used in a tumbler rather than a vibratory cleaner. Most of the tumblers being used with STM are adaptations from tumblers used by people who polish rocks and the like. Frankford Arsenal now has their Platinum Series Rotary Tumbler 7L that was designed to serve reloaders which means it has more capacity. It comes with a 5 pound bag of STM and a sample of their case cleaning solution. The kit has an MSRP of $239.99, but I usually see them for around $190-200 on Amazon and eBay as well as shooter vendors like Midway USA. 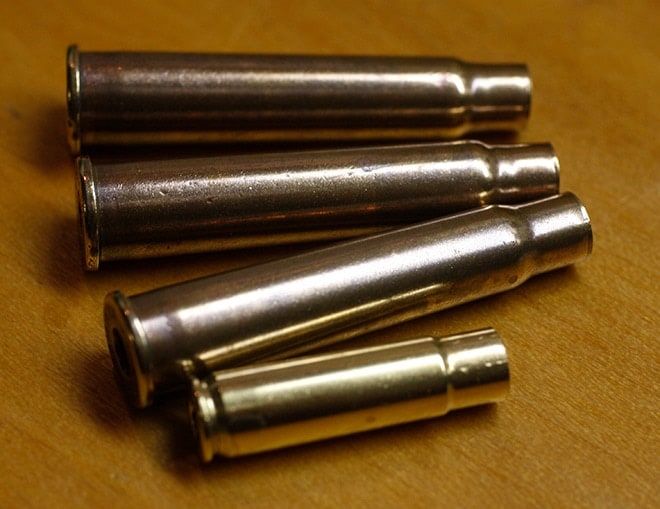 STM looks like it will last forever, unlike dry media, as long as you don’t goof and pour it down the drain.

It is best to decap the brass first so the STM can clean the primer pocket. I usually tumble briefly in dry media to get off the worst of the firing and range grit and then run handgun brass through a carbide sizing die. Rifle brass gets lubed and sized. I then heave it all into the tumbler with the STM and once I have enough to justify a load, I add the water and detergent.

I’ve been able to just throw all sizes into the tumbler and run them at the same time. Mixing brass with corn cob often leads to cases jammed together so tightly I need pliers to get some of them apart. The STM seldom causes them to stick together and so far, none needed tools to get them apart. The pins do sometimes get caught in cases, but not often enough to be a hassle.

A major joy is that the detergent and water solution thoroughly cleans the lube off of the rifle brass which has been a hated chore in the past.

This thing holds 7 liters which allows you to clean a lot of brass. Frankford claims up to 1,000 pieces of .223 will fit. I haven’t tried to get that many in since I think might be a bit too much. They say to keep the total weight to 30 pounds or less. The water, drum and STM are close to 20 pounds, leaving 10 pounds for brass which is 700 or so .223 cases. That is still, in my view, a prodigious amount of brass and I am in no way disappointed. I do check the weight before running it. 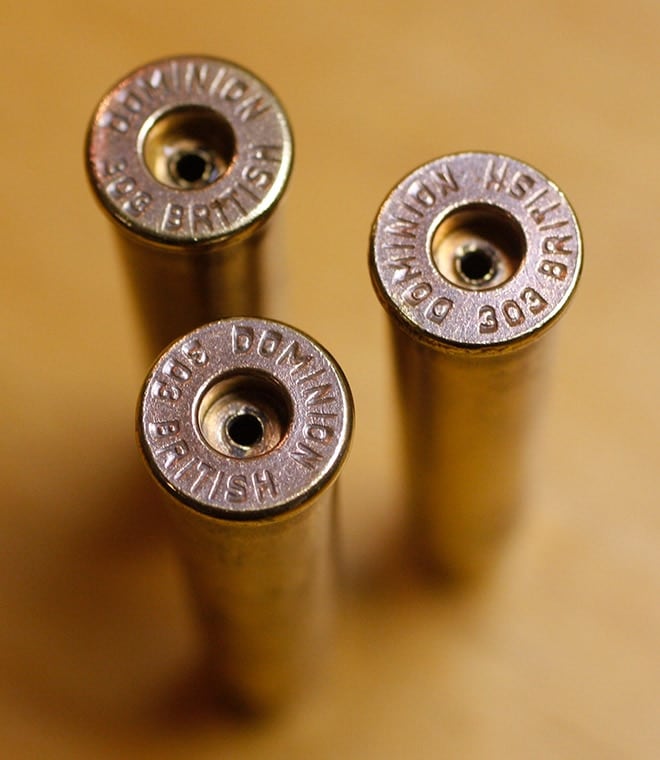 My tap water is quite hard, so I add a teaspoon of Lemi Shine, a dishwasher product that neutralizes the hardness. I then give it a liberal squirt of the liquid dishwashing detergent you would use in the sink rather than the dishwasher. I have also successfully used powdered citric acid in place of the Lemi Shine and I bet vinegar would work just as well. While the Frankford cleaning solution did a good job, it was no better than the cheaper dish detergent.

You next plop the drum on the machine and twist the timer knob to three hours and wander off to waste time elsewhere. I was surprised at how fast the drum spins which might have something to do with how well it cleans. I was afraid it might be noisy, but thankfully, it doesn’t interfere with my wife’s TV watching and there is only one wall between them.

When it stops, you need to dump the very nasty water and separate the brass and pins. While they provide strainer ends for the drum, I use something that looks like this. I got it from Midway a zillion years ago and it works well. After you get most of the pins out, a magnet will help collect the last few. Rinse the brass and pins well, then dump the pins back in the drum and find a place to thoroughly dry the brass. I usually spread them out on a towel in my sun room and let nature takes its course. Some folks buy a cheap food dehydrator from Harbor Freight for $24.00 and let it do the work.

I have been very pleased with the unit and process. I have made filthy, brown brass scrounged from the range look like brand new, inside and out. I had some especially nasty .303 British and the difference was remarkable. I had been on the verge of tossing it, but now it can soldier on for more Enfield duty.