High Speed Gear is a small North Carolina company, but they’re developing a big reputation.  Their gear is built from solid components, and made entirely in the United States.  While all of their gear is worthy of review, we’ve been using their Taco magazine holders for close to a year now.  This may be the most versatile and rugged magazine holder on the market today. 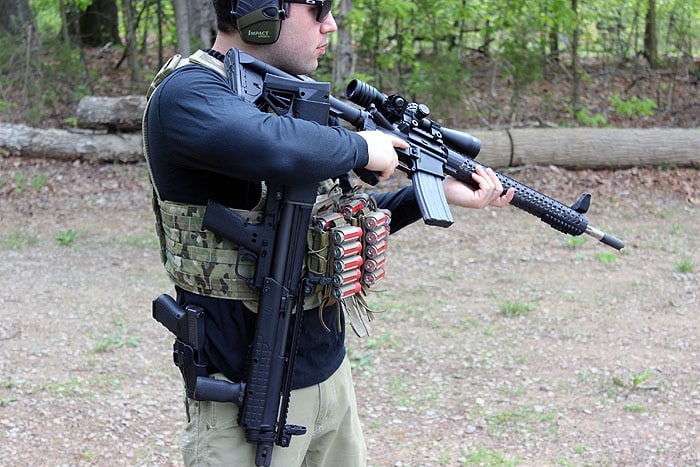 The Taco is a rather complex design.  It is built from polymer, nylon and bungee cords.  The nylon covers the wide sides of a mag, while the polymer give it rigidity and support.  The Taco metaphor is built on this image.  The nylon wrap is the shell and the magazine would be the filling.  The tension on the nylon and the polymer can be adjusted by tightening the bungee. 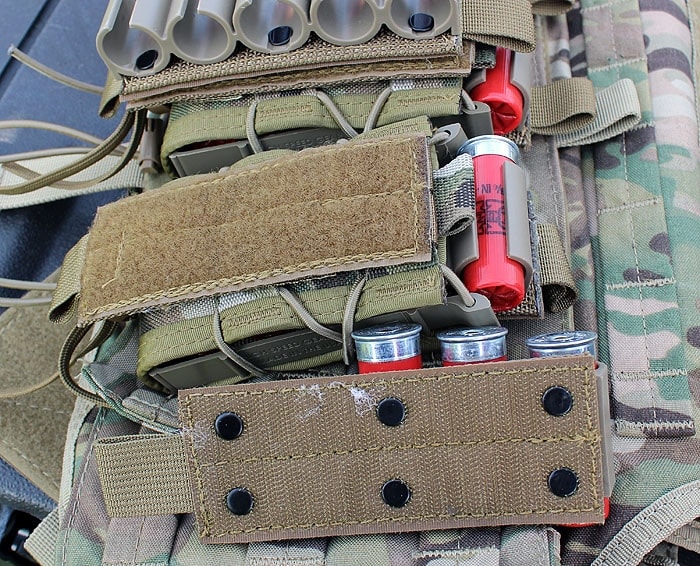 This is the Taco decked out with a Shot Shell Tray. More on that below.

The result is a mag holder that can be as tight as needed.  They are tight enough to be worn open on top, or a bungee loop can secure them more firmly.  They hold Pmags just as well as they hold aluminum mags. 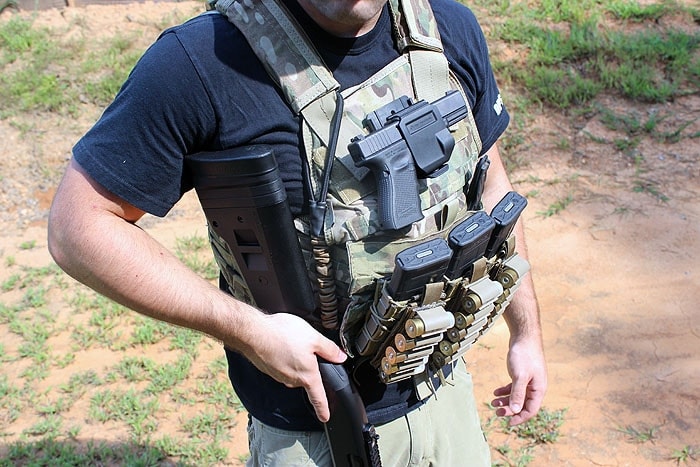 They are available in ATACS, multicam, black, green and brown.  The single mag Taco sells for $30.  They are available in double mag configuration, also.  The modularity allows for a variety of options.  They can be paired, doubled up, coupled with a smaller pistol version.

The Taco can also hold a HSG Shot Shell Tray.  These dudes are surprisingly easy to use.  The design should seem pretty familiar to most.  A polymer tray holds five 12-gauge shells.  The tension is firm enough to keep the shells in place through the roughest conditions.  Yet they push through easily enough to allow for rapid reloads. 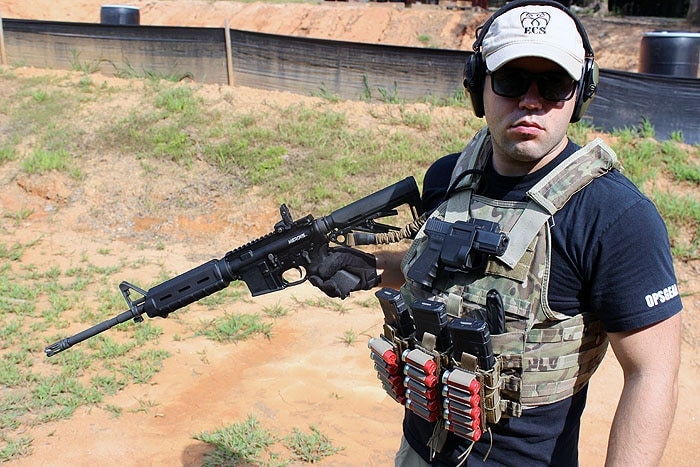 The trays are riveted onto a hook and loop fastener, which can be easily attached to the front of a Taco.  This allows for a Taco to hold a rifle mag, and shot shells on the front, or two trays of shells (one in the Taco, and one on the front).  Each kit comes with two holders (so 10 shells), and the hook and loop needed to attach them to a Taco.  They sell for $29 and are available in the same colors (though the polymer would either be black or dark earth).

The Shot Shell Trays are ideal for tactical reloads, especially when they’re mounted on a vest or plate carrier.  This one is made by condor.  If you have a full load up front, you might have a lot more girth.  But it keeps things accessible.

How many AR mags do you want to carry at a time?  With a double Taco set-up, you can easily get six magazines on the front of a plate carrier.  Reloads with a rifle happen very easily. 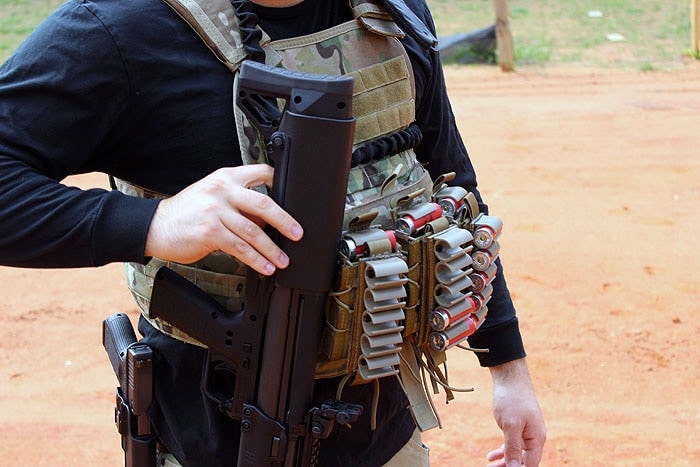 If you’re looking for more versatility, the Taco set up can hold three (or even six) AR mags and 15 shells.  The weight would be the only serious determination.  With a gun like the KSG, the shells are right where you need them for rapid reloads. 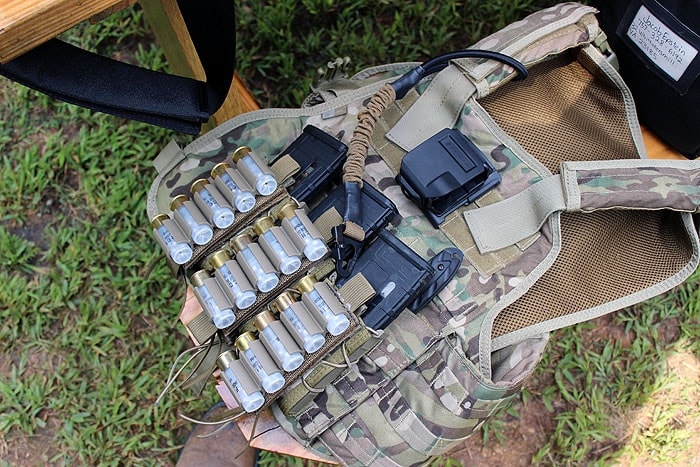 These simple designs make for a totally modular set up.  Vests.  Plate carriers.  Leg rigs.  Even bags.  They’re easier to clean and maintain than most magazine carriers.  And for American made products, they are priced very competitively.  Because they come in so many variations and styles, they are easy to mix and match.  This Condor plate carrier is set up with a Crye Precision Gun Clip, a Gerber CFB (in a custom sheath by MultiHolster), and a Button Sling vest sling.  All are well worth checking out.