How much do you have to spend on a scope?  I’m not trying to be rude by asking.  Hardly.  But I’ve realized recently that the old cliche is true when it comes to scopes.  However you wish to dress up the expression, you get what you pay for with rifle scopes.

And so it is with the Leupold Mark 4 6.5-20×50 Extended Range/ Tactical Rifle Scope.  This one happens to have the H-27 reticle, and the M5 Front Focal lens.

Let’s back up a bit

I’m not a long range shooter.  I have shot at long ranges, but it isn’t something I study like I should.  And that’s the lesson I’ve learned from the Mark 4.  This is a skill that requires a vast amount of study, practice, and aptitude.  And I’m deficient in all of those areas.

But I had a big rifle coming in for review.  A rifle that every range within 200 miles of me has politely declined.  I have a rifle coming in that I still haven’t figured out where to shoot.  So instead, we put it the Mark 4 on something smaller, a Savage 111 in .338 Lapua Magnum.  It worked quite well, though the lesson I’d offer is make sure you have a laser bore-sighter and a dimly lit place to sight the rifle in.  We sighted the rifle in at noon, on a sunny day, and had a hell of a time getting it on paper.  And with .338, that gets pricey.

But the Mark 4 excels at dimly lit hours thanks to the Xtended Twilight Lens System, which “goes a step further than even the Index Matched Lens System, using Leupold’s index matched glass with wavelength specific lens coatings designed to optimize the transmission of low light wavelengths.”  I’m not sure I understand the science, but I do know that it gets good and dark before the scope is ready to quit.

The tactical nature of the Mark 4 demands a certain level of rugged dependability.  Leupold’s DiamondCoat 2 provides an ion-assist lens coating that is the highest level of abrasion protection ever offered by Leupold. Their previous system exceeded the standards set by the military, and this one’s even more effective. 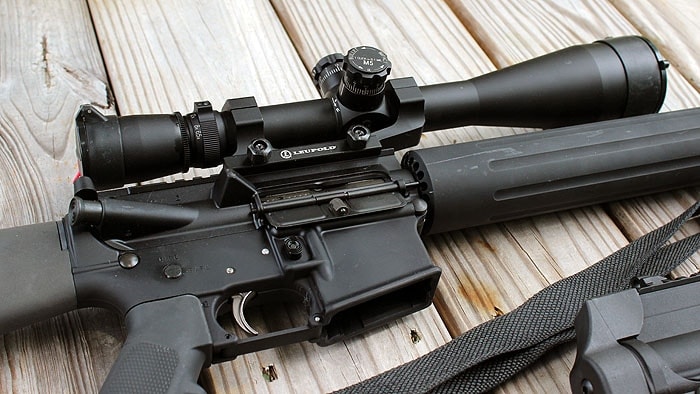 Leupold has replaced the nitrogen in their M4 tubes with Argon/Krypton, which greatly reduces the chance of thermal shock and provides even better waterproofing. 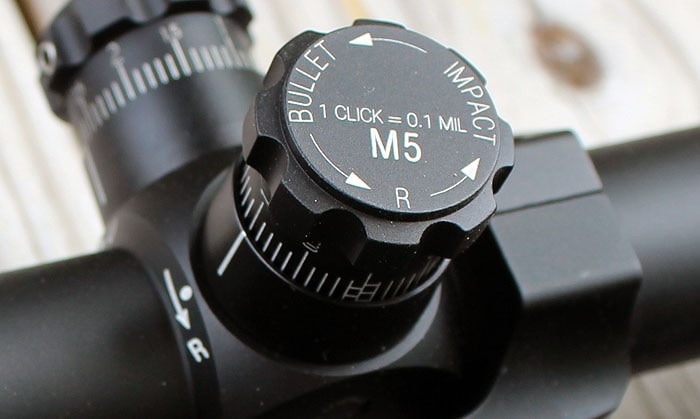 For such a large and rugged scope, the Mark 4 isn’t terribly heavy.  At a about a pound and a half (with the mount), the optic doesn’t add much weight to most heavy barreled rifles.  But it is long.  The Mark 4 comes in at fourteen and a half inches, and that’s before any additional sun shields.

One of the most useful features for me, as I’m much more of an instinctive shooter, is that the reticle magnifies along with the image in the scope.  This allows for rapid estimations of range at all magnification settings.  At the scope is capable of 1/4 MOA groups on the right rifle, it’s tempting to shoot with exact measurements.  But the reality of tactical shooting and hunting is that those pesky targets move. 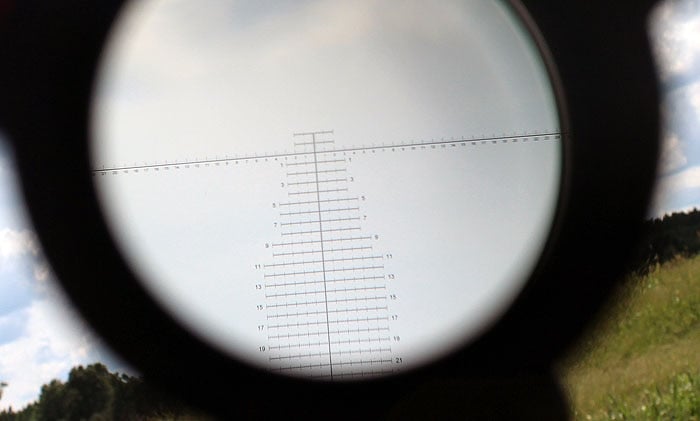 In anything under 75 yards, the Mark 4 ER/T is a liability.  Focus becomes more complicated.  That doesn’t mean you won’t hit what you see through the scope, but it becomes much more interesting, for sure.  This means sighting in should be done at longer ranges.

After we’d run the scope on the Savage, we put the Mark 4 on a Colt HBAR Elite with a long bull barrel and sighted in at 100 yards.   It couldn’t have been easier.  After a quick twilight sight in with a laser bore-sighter, we had the rifle zeroed in just a few rounds.  The Mark 4, at its lowest magnification, allowed for a large enough field of view that you could pull the trigger on the Colt, and watch where the bullet hit through the scope.  The .338 Lapua Magnum, not so easy. 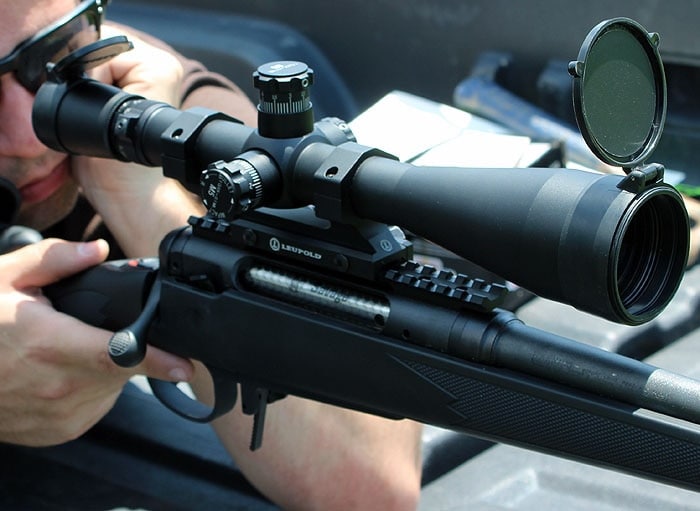 We ran the scope out to 500 yards or more with no difficulty.  But that’s all the range we have at our disposal.  The scope was the least of our concerns at that distance.  But it is instructive.  The high magnification can highlight your bad habits.  How is your breathing?  How steady is your hand?  How easily can you transition from an unaided field of view to the scope?  How well do you work from a bench or a bi-pod?  How well do you shoot standing, or prone?

In the end, I know this scope is better than me. I love the ease of use.  The side focus nob, and the knurled nobs and positive clicks on the adjustments make this one of the most easy to use scopes I’ve ever shot.  But switching between calibers, and shooting at long distances requires serious math. 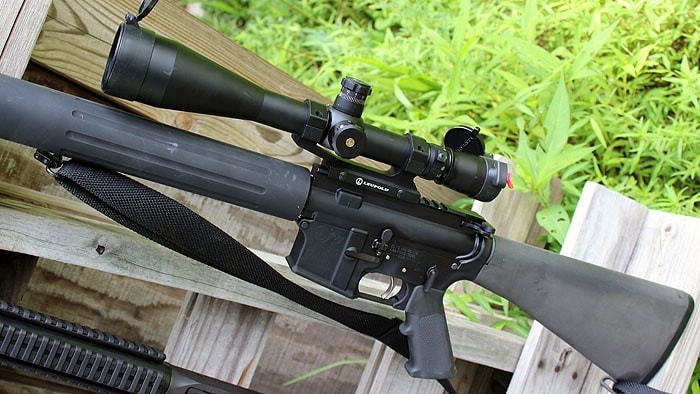 Clearly the scope isn’t for everyone.  I doubt seriously that I’ll ever own a scope like this.  One legitimate reason is that the MSRP on the Mark 4 ER/T with the H-27 reticle is $2,874.  I hope to be able to shoot this somewhere that will truly push its limitations.  Until then, I’ll be content with what I’ve got.