I’ve seen the light.  It took me a while.  I grew up shooting small caliber rifles and handguns.  I didn’t really need a range finder other than the two I had in my head.  When you grow up shooting in the densely wooded south, as I did, there was hardly ever any open distance that amounted to more than 300 yards anyhow. 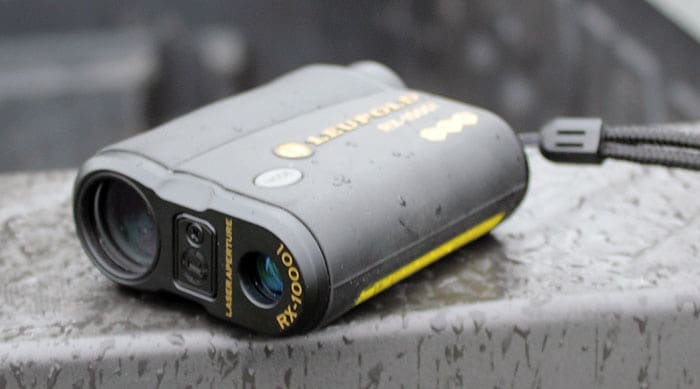 But I’m now a student of long range shooting.  As I pull the trigger on more .308s and .30-06s, I’m opening up to the simple fact that guess work won’t cut it.  It isn’t enough to hit your target.  Sometimes you want to hit it accurately.

Leupold makes great scopes.  They’ve sent us a Mark 4 to review.  The scope is meant for long range work, out to 1,000 yards or more.  It is hard to find that kind of distance where I live in central Virginia.  But it is even more rare to find 1,000 yards of open terrain that has nice clear signposts marking off distances.

Thankfully Leupold had the good sense to send along the RX-1000i.  This dude is really compact: under four inches by three inches, and not even two inches thick.  It runs off of a CR2 and has a fixed 6X magnification. 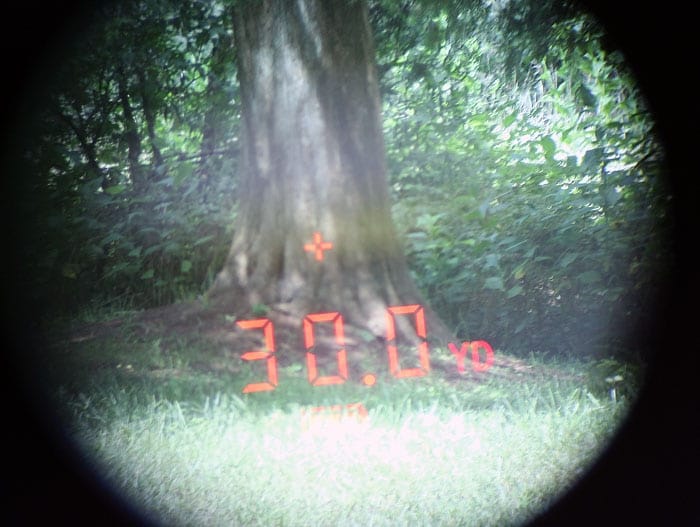 Ranges as short as 5 yards.

The RX-1000i can pick out reflective objects at 1,000 yards.  It can pick up trees at 700 yards, and animals the size of a whitetail at 600.  Simply press the button to turn on the cross hairs, place them on an object, and press the button again.  The laser shoots out and bounces back.  Easy as that.

The Organic Light Emitting Diode really sets the Leupold apart.  Instead of looking into a liquid crystal display, you see the readout projected on glass.  The result is a very clear picture, even in low light situations.  Leupold claims the OLED system allows for three times more light transmission.

Since companies like catchy abbreviations, the RX-1000i also come equipped with DNA.  That’s Digital eNhanced Accuracy.  I’m still not 100% sure I understand how it works, but it gives readings to within 1/10 of a yard.

It is easy to use with one hand, and the readings it provides are clear and unambiguous.  No extra garbage cluttering up the screen.  And, like most of Leupold’s products, it isn’t going to break if you drop it, or stop working in the rain.  But this one is built more rugged than most of Leupold’s own range finders. 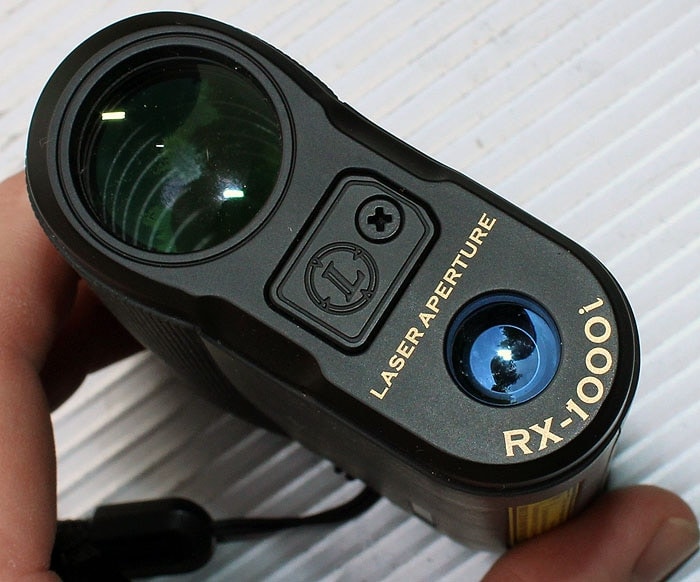 And it is an excellent teaching tool.  What I’ve found is that I can read the 50 to 100 yard distances within about five yards.  Beyond that, I’m not so reliable.  But the RX-1000i is small enough that it can go with you.  And I pull it out and check distances against my guesses.  The more I do practice, the better my guesses are getting.

But there are times when guesswork won’t cut it.  We have a Savage 111 in .338 Lapua in for review.  This rifle is capable of serious long range work.  And the ammunition is expensive.  Good .338 Lapua is selling for close to five bucks a pop, so you don’t want to waste lead getting the gun sighted in.

Forget how far.  How much is it? 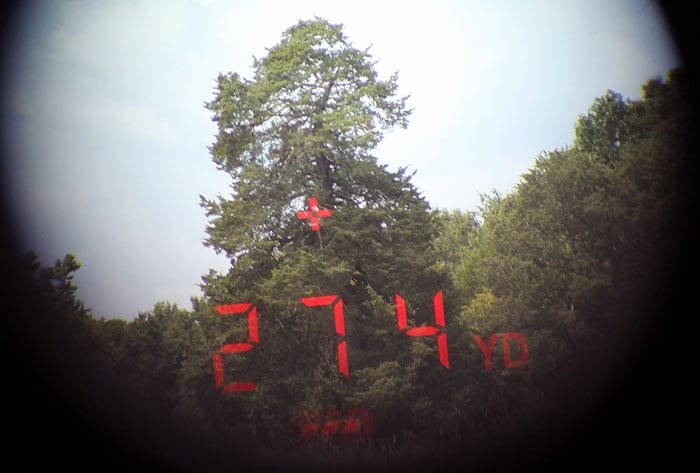 It is indispensable.  That’s my opinion.   And my mantra when it comes to Leupold is this: you get what you pay for.  Shock resistance.  Clear glass.  Water resistance.  Ease of use.  Incredible accuracy.  There are much cheaper range finders out there, and some that will do fine.  But this is one of those essential devices that’s worth ponying up for.