Back in July, when the temperatures in the south held steady at that 100 degree mark, I started having visions.  Hallucinations, really.  I was longing for those cold mornings shrouded in impenetrable grey banks of fog.  As the heat dried up everything living, the deer were moving in closer—and they’d slowed down.  It was like they were drunk.  And I hadn’t had venison in months.

Maybe I was jumping-the-gun a bit, but I was ready for the fall.  I had put a 3-9x40mm scope on top of a rugged bolt gun, and I put the combination through the paces.  And now fall’s here.  And I’m ready.

The 3-9x40mm is a basic configuration for a hunting scope.  And for good reason.  A 40mm lens provides a reasonably wide field of view.  14 feet at 100 yards, on the highest magnification (over 36 feet at the lowest).  The magnification will get you close on the highest setting, yet the lowest power of magnification (just three times larger than what you would normally see without a scope) allows for rapid target acquisition at closer ranges.

The end result is a platform that’s ideal for hunting whitetail.  Most of the people I know who are hunting whitetail in the south are shooting at distances under 200 yards.  Tree stands dot the fields of central Virginia—but sight-lines beyond the 300 yard mark are rare.  The rolling hills prevent them.  Not that the 3-9x40mm isn’t capable of making shots beyond 300 yards.  It is.  But there are scopes that do that job much better.

I’m more concerned with the shorter distances.  At 200 yards, on the highest magnification, the VX-2 3-9x40mm is ideal.  At 100 yards, the scope feels like cheating.

The Appeal of a Leupold

Leupold is known for making quality scopes.  The VX-2 line exemplifies this quality.  Because this line is so popular, the scopes are available with a number of different reticule patterns, and the scopes come in few different finishes (gloss black, matte black, silver).

The VX-2 3-9x40mm is just over a foot long, and weighs 11 ounces.  The scope needs around 4 inches of eye relief.  The scopes won’t fog up—the glass is clear.  The controls are all easily accessible, easy to understand, and easily protected. 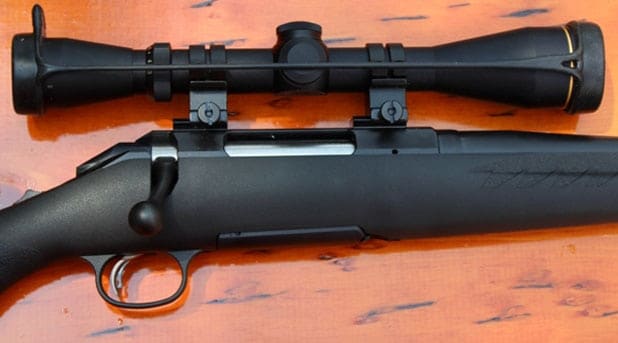 The easiest way to summarize the appeal of Leupold scopes is this—they are one less thing to worry about.  I was able to sight in the VX-2 3-9x40mm with a laser bore sighter and four rounds of Nosler’s Trophy Grade ammunition.  After I had the rifle zeroed, all I had left to worry about was me.

Shooting bolt action rifles with scopes is growing on me.  My first long gun was a lever action Winchester.  I was, I’ll admit it, a bit old fashioned (and maybe a bit of a snob).  But I’m learning.  Ruger sent me a Gunsite a while back, and I really liked the gun.  But I like the American Rifle much more.  It is, in my opinion, the perfect gun for hunting whitetail in the south.  This one is in .308, which is my preferred chambering. 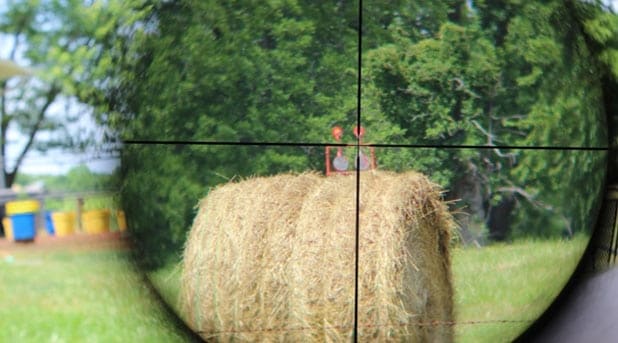 At 100 yards, standing, I can shoot under 2 MOA.  I know this isn’t going to win any competitions, but it will stone cold drop a whitetail deer.  This would be the most common distance for me—as I do a lot of walking.  I often come out of a break to find a group of does standing off at the opposite edge of the field.  Their response time is not bad—but they almost always raise their heads and take a good long look in my direction before they bolt.  And in that time, I can easily get off a shot.

At 200 yards, say from a stand—where I would have a more solid base on which to brace the rifle, I’m also under 2 MOA.

Shooting from a rest, the American rifle, with the Nosler ammunition and the Leupold scope, comes in close to 1 MOA.  But that doesn’t do me much good, as I hardly ever see deer on the range that will let me get the gun set up to shoot.

The Leupold scopes are so amazingly solid.  I’ve never had one that didn’t do exactly what it was advertised to do.  And they have all been more capable than I am as a shooter.  I can’t say that for all of the guns and gear I get in here.