The MagHolder horizontal magazine holder bucks tradition.  Almost all of the magazine holders out there hold a magazine in a vertical position.  While organized, it sometimes inhibits intuitive or natural movement, especially when worn on a belt. As a result, shooters often wear them on their weak side.

But MagHolder changes that up, significantly.  The holder keeps a magazine on your strong side, with the magazine perfectly positioned to pull and insert in a gun without flipping it over.  It rides on your belt, right where your support hand falls across your belly.  As MagHolder rides parallel to your belt, you can still bend over and not get gored by the magazine. 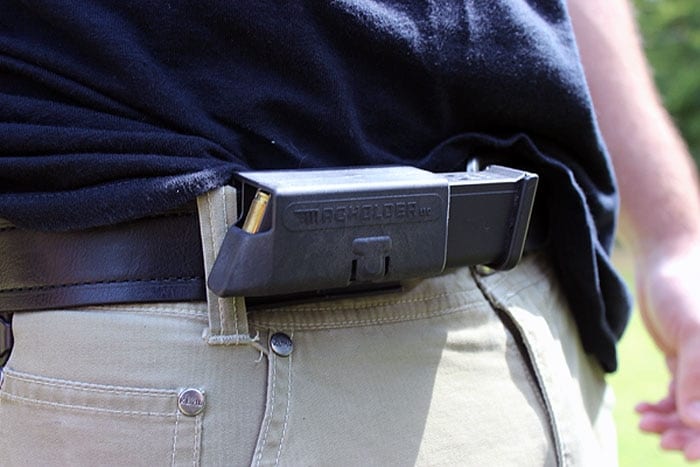 The benefits for concealed carry are hard to quantify.  You can sit with it on.  It doesn’t stick off your side.  It is easily concealed by a shirt tail or coat.  Even when it does print, it doesn’t look like a weapon.

And the angle at which MagHolder holds the magazine makes reloads a fraction of a second faster.  If you practice reloading with a round in the chamber, MagHolder can significantly cut the time it takes you to get back on target.

As for its construction, that’s simple too.  The MagHolder isn’t fancy.  It is a simple piece of molded plastic.  A magazine slides in easily enough, and a bump in the plastic catches on the magazine and holds it securely in place.  You can run, jump, anything, and the magazine isn’t coming out.  Yet the pressure is all that’s holding the magazine in place, and it is easily overcome by a straight back draw motion.

On the backside, a clip allows for the holder to be popped on, or off of a belt. 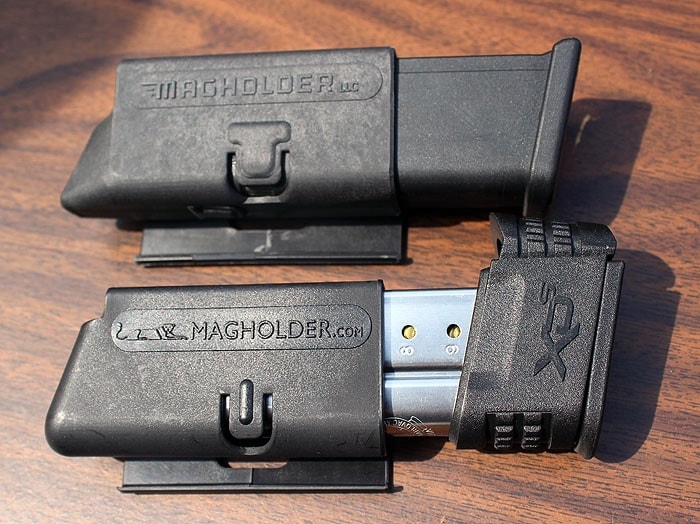 MagHolder is making holders for a number of popular models/calibers.  We tried out the Glock 9mm, which worked great.  We also used the single stack .45 with the Springfield XDS.  It works well too, and is even easier to hide than the fatter Glock double stack.  The Glock MagHolder sells for $25.  The single stack sells for the same.  If you insist on being old school, and want a vertical magazine holder, they make those too. 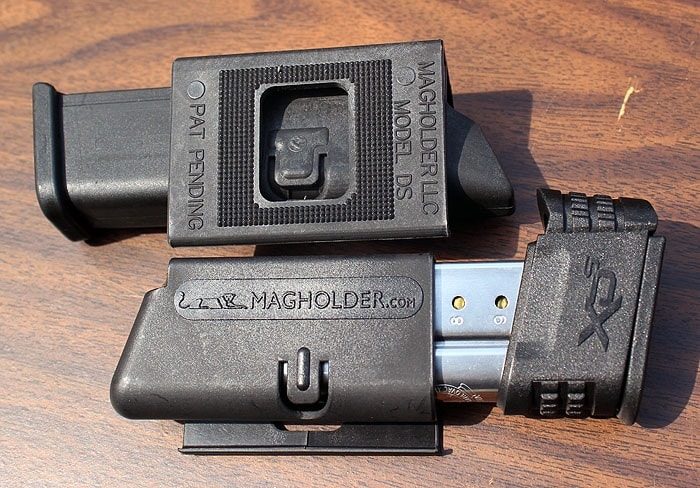 Check them out.  They are incredibly useful.  And the more interest we generate in them, the sooner they’ll have a MagHolder for every gun.