Gear Review: Magpul does the 1911 a solid with new MOE grips 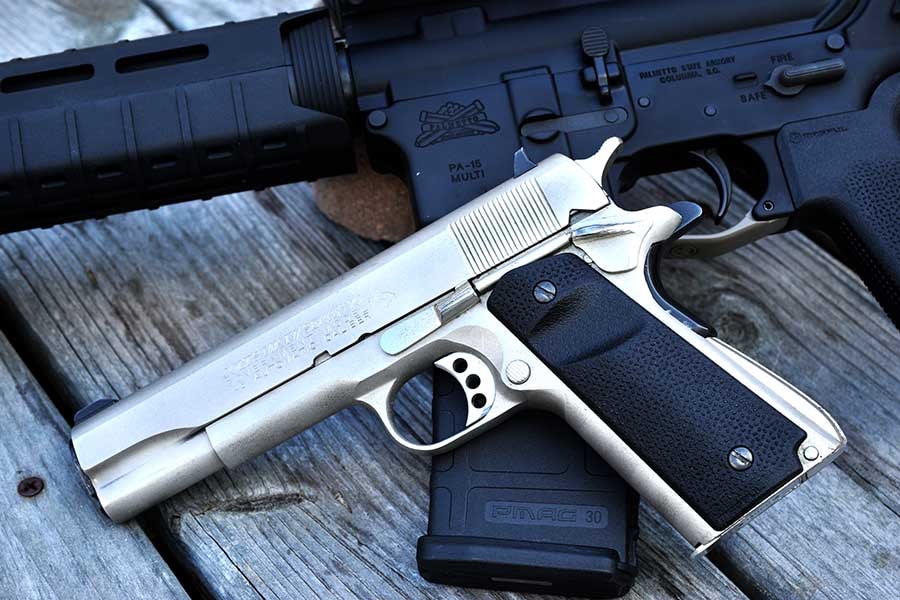 When I received an email from an industry friend telling me that Magpul had a new M1911 grip in the works, my initial reaction was an unenthusiastic, “meh.”  Magpul makes great kit, but the M1911 platform is more than 100 years old and every conceivable grip variation has already been made.

Hell, I’ve probably tried 90 percent of them myself in the search for the perfect M1911 grips. Though skeptical, I decided to give the new grips a chance since its creator, Magpul has done wonders for the AR-15 platform with the PMAG polymer magazines and anti-tilt followers. If they were half as good at the rest of Magpul’s kit, they could do wonders for the 1911. 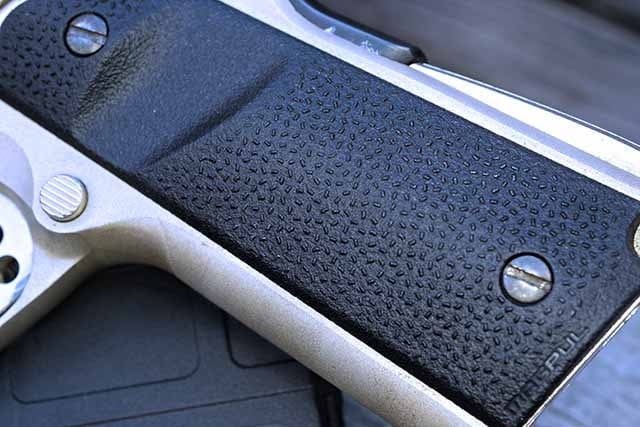 The new MOE grips feature a thumb cutout that shortens the distance between a shooter’s thumb and the magazine release. (Photo: Jim Grant)

One would imagine that finding grips that fit what is considered one of the most ergonomic handguns ever built would be easy. It would, if not for two very important considerations:

The first deals with shooting handguns in general. Older shooters often subscribe to the theory of holding a pistol like a live bird: hard enough that it can’t escape, but not injure. Whereas others tend to grip a handgun like an angry python’s throat: hard enough to kill the damn thing. When gripping a pistol that hard, ultra-rigid or sharp grips will cause great discomfort, so any 1911 grip has to have some give to it.

The second issue deals with grip size. This is especially an issue for those with small hands because most rubber grips are substantially thicker than standard wooden ones. 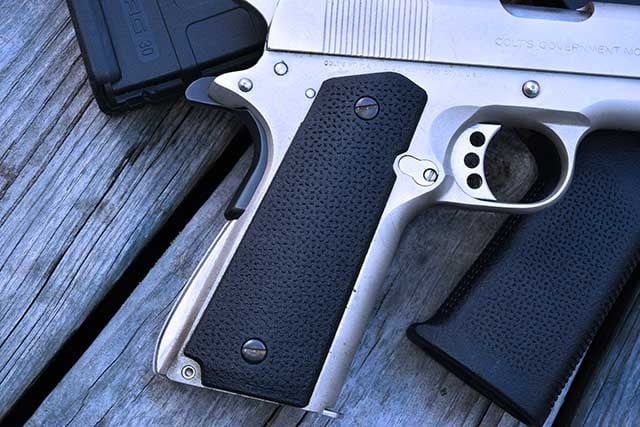 How do the new Magpul MOE 1911 grip panels stand up to my standards? They obliterate them.

The new TSP texture that Magpul features on its MOE SL line of AR-15 pistol grips is a welcome addition. The texture is aggressive enough that wet hands won’t grab the gun easily, but not rough enough to rip clothing or flesh.

Also, the grips are even thinner than standard wooden stocks and malleable enough to have some give when grasped tightly. Though the grips swell in the center to better fill a shooter’s hands, they also feature a thumb cutout on the right side to give easier access to the magazine release button.

The stocks fit full-sized M1911 pistols and are compatible with models that feature an ambidextrous thumb safety. Retailing for $19.99, these new synthetic grips are available in black, FDE olive drab and gray. The black models have a very no-nonsense appearance, and look particularly bad-ass on a stainless M1911.