The PMAG is the standard for polymer AR magazines.  Up to this point, all of the others, even great magazines like the S.W.T. UMAG, are inevitably compared to a Magpul.  And for good reason.  The magazines are light, durable, and inexpensive.  And the work.

But we’ve seen a different side of Magpul, one that speaks to most of us.  Magpul is a fighter.  I’m not talking about the magazine now, but the company.  Magpul stood up to the political bullshit in Colorado.  They changed production schedules to meet the demand for their magazines in Colorado and nationwide.  They could have stopped there, and we would have forever admired their work ethic.

But no.  They weren’t content to simply challenge the premise of arbitrary capacity limits.  They designed and built a new magazine that will hold even more rounds.

As far as reviews go, this one is going to be easy.  I picked up a PMAG 40 as soon as it was available.  I was only allowed one, sadly.  But I’ll find more soon.  The magazine works great. 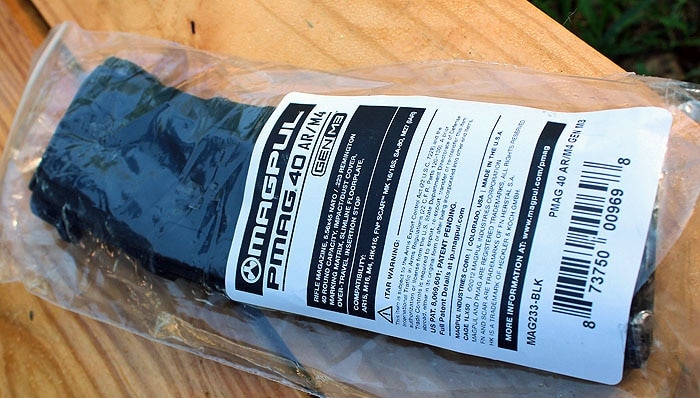 It about two inches longer than a traditional 30 round PMAG.  That emphasizes the cure a bit more, and will make it difficult to store in any sort of closed top mag holders.  But the size doesn’t feel noticeable when the magazine is in the rifle, unless you go prone.

The extra length gives the PMAG 40 a slightly different feel.  My guess is that the rigidity of the standard PMAGs comes from the polymer thickness and structural texture.  The longer magazine flexes a bit more.  And the gun needs to be level, or close to it, to get a good clean magazine drop.

Surprisingly, the PMAG 40 isn’t any harder to load than a 30 round magazine.  The last rounds are stiff, but not impossible.  I had worried about the increased spring tension holding the first round a bit too tightly, but the PMAG 40 feeds fine, even off of a completely full magazine.

It is possible to over-load, too.  If you were to count the shots in the video above, you’ll get forty one.  I must have lost count loading.  I’d been using the magazine in another gun, one that was having ejection issues, so I topped it off before putting the PMAG 40 in the Stag 3G.  But even with 41 rounds, it fed every round. 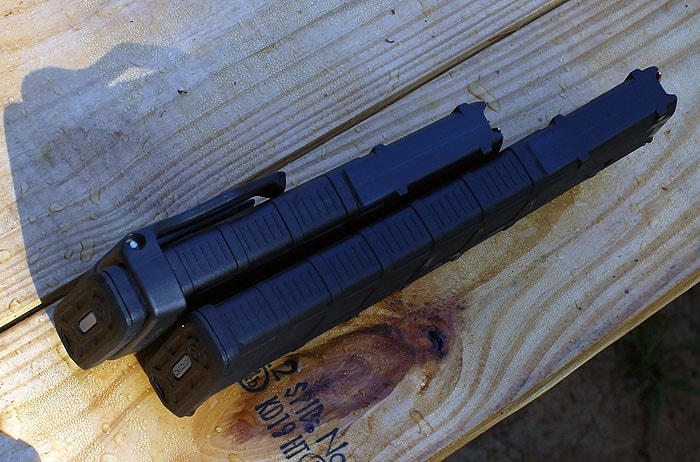 The next step for Magpul will be a windowed version. 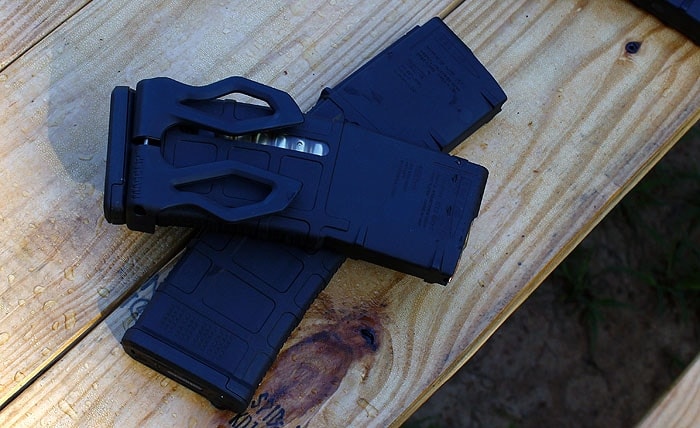 While most resellers are limiting the quantity you can order, the price is right.  Most are selling below the MSRP of $19.95.

The PMAG 40 is a fully functional magazine.  It is also a political statement.  The 40 is a milestone in the fight against control.  And it insures that Magpul will hold their place as the undisputed leading magazine manufacturer for the foreseeable future.