Magpul Pmags: Get while the gettin's good

Back in December, when everything even remotely associated with guns and ammo disappeared from the shelves of traditional and online retailers, many of us suddenly became very aware of the shortcomings of our own preparations.  For me it was Pmags and .223.  I don’t own an AR-15, I didn’t see the need for a stockpile of magazines or ammo.

But I review ARs frequently.  I had gotten by with borrowed magazines and the .223 I could pick up when the review gun came in.  But that was then.  By late December, the ammo was gone and there were no Pmags available anywhere.

Yet Brownells had faith in Magpul, and allowed customers to put some of the Pmags on back-order.  It has taken them six months, but they’re caught up on some of the Pmag back-orders.  They now have second generation 30-round black Pmags in stock.  And this deserves a small celebration.  It is the first genuinely optimistic sign that things are returning normal.

Before we get to stock and availability, let’s look at what makes the third generation of the magazine different from the second generation.  We’ll focus on the 30-round mag first, and without windows. 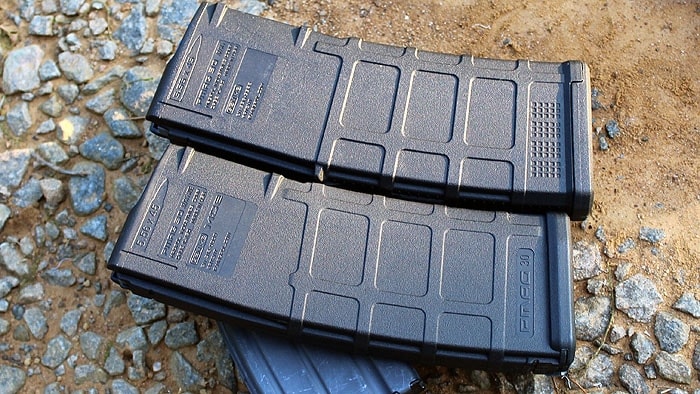 Gen M3 mags are more textured.  That may be the most noticeable difference.  The base slides on from the back instead of the front.  The feed lips have just a bit more polymer on them.  The whole M3 design is stronger.   Feed lip impact, spine strength, side impact — all are improved.  Slight geometric changes increase reliability in extreme heat and cold.  A new low-drag follower increases reliability in dusty environments.  The M3 drops free from magazine wells on the tight end of the tolerance scale and is now more compatible with the HK 416, M27 IAR, British SA-80, FN SCAR MK 16/16S, and others, and it won’t over-insert. 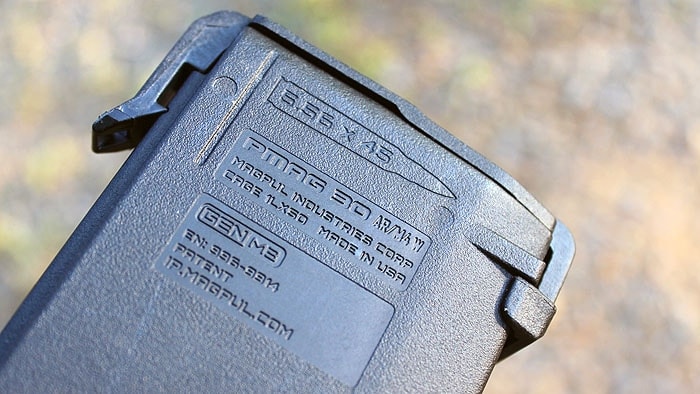 The M3 magazine catch area is reinforced and a slim floor-plate aids in pouch compatibility.  The M3 has a “recessed paint pen matrix for individual marking of magazines” that will stand up to use and cleaning.  And each comes with a great (and easy to lose) cover that will help protect the feed lips even more.

All of the improvements made to the M3 make the M2 magazines sound like a train wreck.  But it couldn’t be farther from the truth.  Magpul built its reputation as the industry standard polymer magazine on the second generation magazines.  They remain popular, and they remain in production.  I’ve been using them in reviews for more than two years and have never had a problem that I could trace back to a magazine. 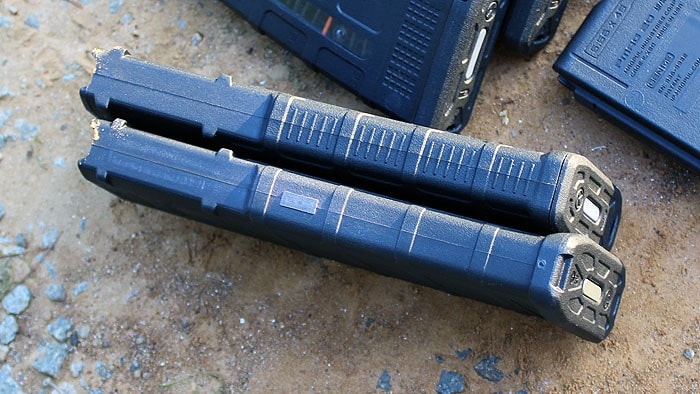 And if you’re looking for magazines now, right now, you will likely end up with M2 Pmags.  If you are running an AR 15, these work incredibly well.  They also work well in the Tavor.

But back to the new mags…

The M3 magazines come in varying capacities: 30, 20 and 10.  These can be modified with round-limiting floor plates that will cut the count by five or 10.  Magpul now has magazine couplers and even lower profile floor plates. 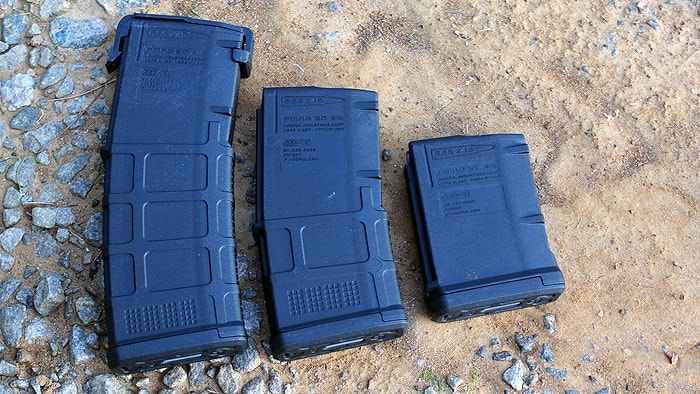 The 20- and 10-round magazines are useful for those who live in heinous states that limit magazine capacity, but they’re good for the rest of us, too.  I like to keep a 20-round magazine on hand to help organize my various types of ammunition.  And the 10 rounders are excellent for shooting from a prone position, or from a tight vice (where the longer magazines inhibit the placement of the gun). 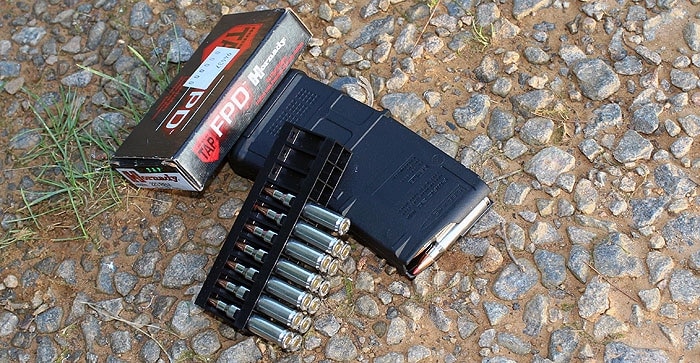 And the 30-round M3s are also available with a window.  I don’t use the window, at all.  I forget that it’s there.  It would be exceptionally useful for those who may fire a few rounds and then shoulder their rifles for a while before firing again.  It is an ingeniuous system, really.  Seeing brass in the window is helpful enough, but as the round count gets low, an orange marker shows how many rounds are left. 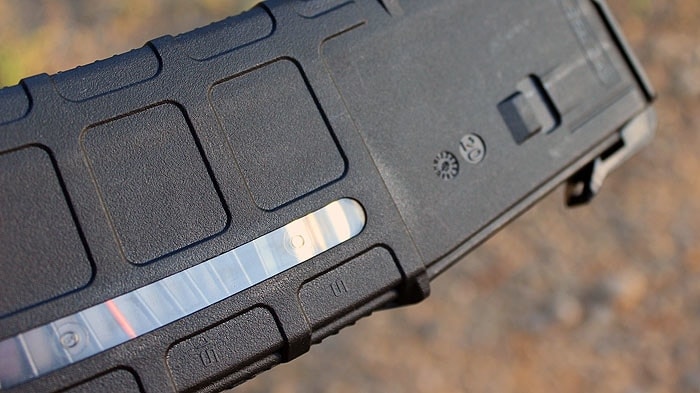 The time is right

For those who wish they had stocked up on Pmags before last December, now is the time.  M3 Pmags are still hard to find, but the supply is catching up to the demand.  And the M2 mags are a rock solid stand-in, and prices are hanging steadily below $15 a piece.  If you want the latest iterations, windows, or colored mags, you will still have to wait a while. 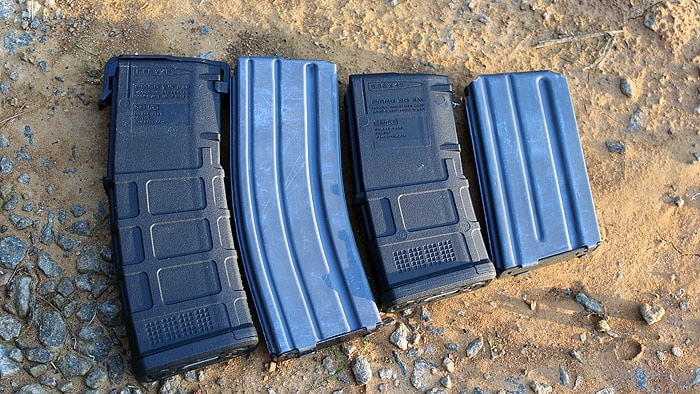 And for those who want to really celebrate the work Magpul is doing, I’d suggest showing the love by picking up a few of their commemorative magazines. 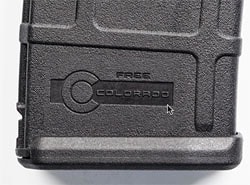 A five pack of the commemorative magazines sells for right at $65, if you can find them.  It is a short run.  All of the proceeds from the sales are going to help fund Magpul’s efforts to fight Colorado’s idiot political machinations.

Regardless of which Pmags you decide on, it is nice to know they are available again.  Very nice indeed.