When a typical AR-magazine runs dry, the bolt on the rifle locks open.  Until you insert another magazine, you are vulnerable.  An empty AR-15 has limited uses, but the folks at Maklarbak have another idea.  What if you could know, confidently, that a round is already chambered, so once you insert a new magazine, the gun is immediately ready to go? In essence, you get to skip a step in the reloading process and you’re always hot. 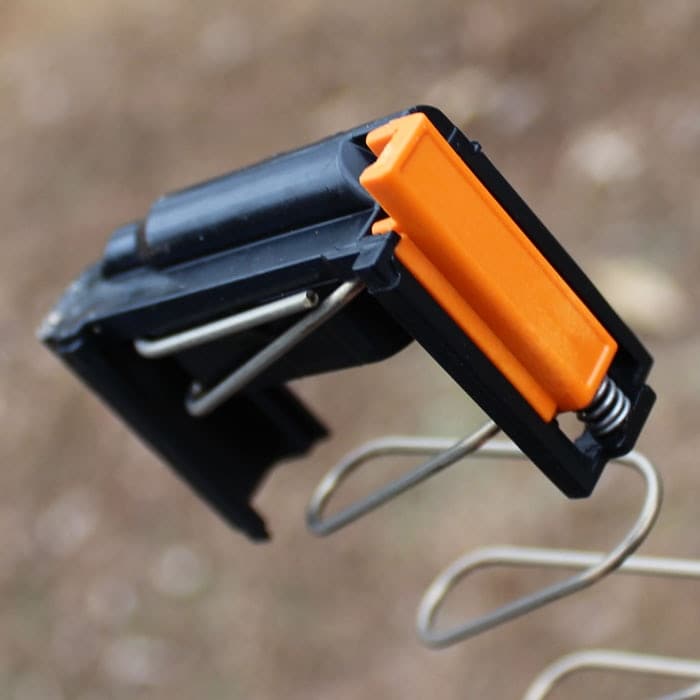 The orange catch locks the bolt with one round still in the magazine. (Photo by David Higginbotham)

You wouldn’t be as vulnerable.  How do you know when you have one round left?  You can count.  Start with 30 and work down from there.  Stop shooting when you get to 29, change your magazine.  Terribly ineffective.  Potentially dangerous.

Or you can use a Time-to-Change Magazine, which takes care of the counting for you.  The follower has a built in spring-loaded catch that will hold the bolt back with one round left in the magazine.  Hit the bolt release and the catch will fall just enough for the last round to be chambered.

On the outside, the TTC-MAG (or T-Mag if you’re in to the whole brevity thing) looks simple enough.  The zigzag texture lets you know, at a glance, that this is a T-Mag.  They are available in black, and a flat dark earth.  Or you can get just the followers and use them in aluminum GI style mags.  And they’re launching with 5.56 mags, obviously, though the potential for other calibers is there, too.

With one in the chamber, you can drop the empty magazine and reload with the confidence that you have a round ready, should you need it.  Maklarbak suggests loading a tracer, also, just to alert you to the approaching empty magazine.  With a tracer alert, and a locked back bolt (with one still ready to load) you can be even more prepared.

Maklarbak has even developed a reload sequence for their new magazines.  When the bolt locks open, rotate your wrist so you can see the waiting round sitting on the almost empty magazine.  Chamber it.  Snap the rifle while releasing the magazine, which will send it flying out to the left side.  Reload with your left hand.  Rinse.  Repeat. 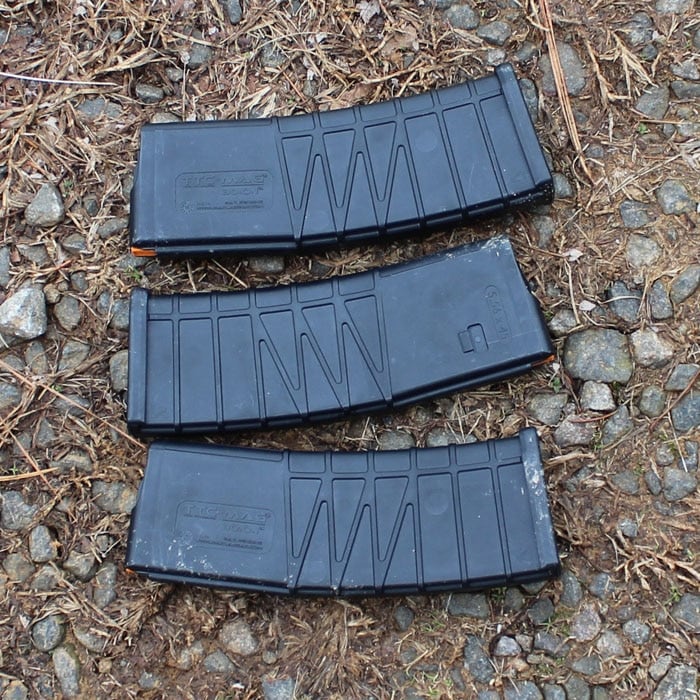 How well does it work?

Maklarbak conducted extensive testing of the T-Mag before the release.  We were sent four for our review.  Each locked back as promised.  Perfectly.  We tried to capture the process on video, though it is hard to get the camera in to see the round waiting to be chambered.  But it was there.  Every time.

The only issue we encountered was getting the magazines seated, which was user error.  The T-mags wanted to be changed out with some gusto.  As we were more interested in the curious follower, we weren’t running the Enfield AR like we would during a practical review.  I was trying to get the process on video without having brass smash my camera lens.  It wasn’t easy.  And we weren’t paying attention to proper mag change form.  Once we realized what we were doing, and stopped babying the T-Mags, they seated as the should and we had absolutely no problems.

The T-Mag is unique because of its ability to lock back with a round left, but it can also function as a typical polymer magazine.  The follower’s special catch can be flipped over and the mag will function as magazines typically do.

How much do the T-Mags cost?  $24.95. With the variable nature of magazine prices, that’s competitive.  Check out their Facebook page for ordering info.  Is the benefit worth the increase in expense?  I think so.  If you train with these, and learn how to use them effectively, there’s no doubt that the extra round in the pipe could be a huge benefit.  It could make your magazine changes faster.  It could potentially save your life.