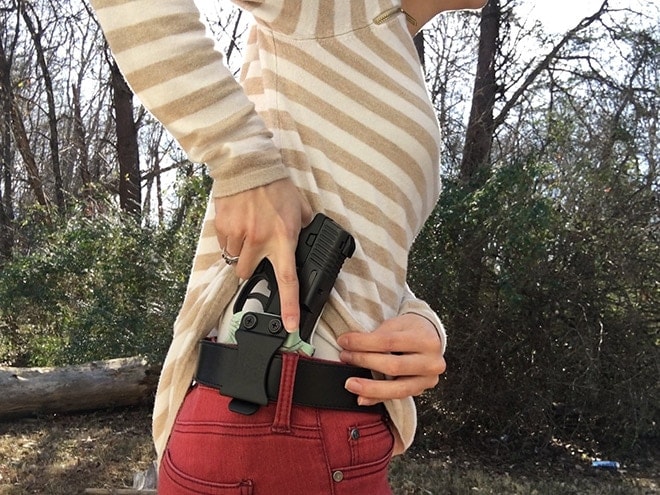 An often overlooked but essential part of concealed carry is the belt. Though its function seems easy enough — to hold the weight of a firearm in a holster — I’ve found that as a petite gun owner the belt can make or break how well I conceal carry.

Us mini-humans suffer enough problems searching for ways to distribute a lot of gear on limited space. Worrying about bulky belt buckles or belts that simply are too big for our tiny frames shouldn’t be one of those.

Enter the Nexbelt. The premise seems simple enough. It’s one long strand of fabric with a cinching belt buckle. Users trim the belt down to their specific size; thus taking on a one size fits all approach. 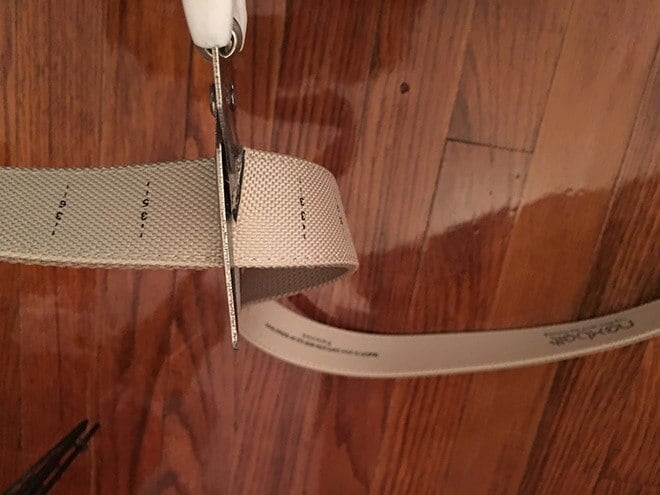 The Nexbelt features handy markings that allow it to be sized down to the wearer’s unique measurements. (Photo: Jacki Billings)

The company was kind enough to send me two of their belts to try. I had warned them that I struggled to find regular belts, let alone, concealed carry belts due to my smaller stature but they assured me that when they say one-size-fits-all, they mean one size.

In the mail I received their tactical belt called Titan styled in a desert tan and the Defender dress belt in black. Admittedly, I don’t go many places that require a dress belt but who can turn down classic black? 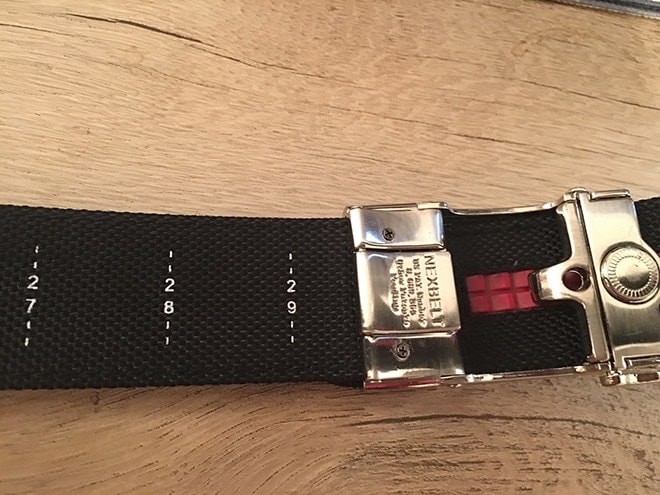 The company suggests measuring your waist and then adding four inches to that in order to accommodate a holster and gun. While I certainly followed that recommendation, I also took it a step further, trying the belts on alongside the bulkiest of my holsters. I wanted to ensure I was leaving enough room that I could conceal with any and all of my gun/holster combinations.

Prior to measuring, I set aside a handy marker, assuming I’d need to mark my cut point; however, it seems Nexbelt really thought this whole idea through. The belt provides handy measurements and along the inside of the belt to make trimming quick and easy. 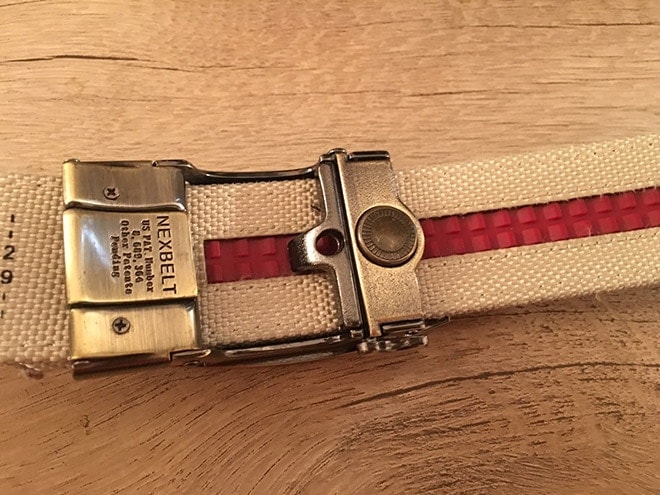 The ratcheting system is an innovative approach and easy to adjust. (Photo: Jacki Billings)

I noted that I needed to size down to 30-inches and using a thick pair of sewing scissors, I trimmed both belts down to size.

The next step was to actually try them out.

Most concealed carry enthusiasts come to the realization that a good belt can make or break concealment. At the very least, it makes a difference in terms of comfort. A saggy waistline that requires constant adjustments only makes carrying harder. Not to mention for women a standard leather, concealed carry belt doesn’t always fit the bill. While leather does offer a solid level of support for just about any gun size, women quickly discover that our hips paired with a rigid belt often equates to pain and bruises. 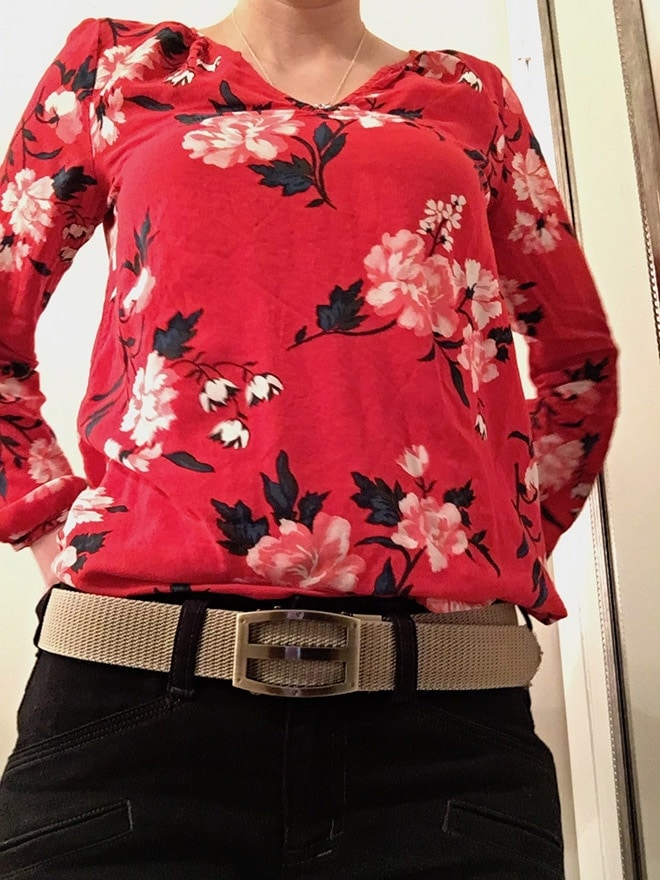 The Titan tan belt provides a more tactical look, but is also comfortable around the hips. (Photo: Jacki Billings)

The solution is to opt for a belt where flex meets rigidity. The Nexbelts certainly meet those standards.

The Nexbelts fully supported my Springfield Mod.2 and extra magazines with no adjustments needed. Whether I was sporting skinny jeans or 5.11 Tactical yoga pants, they held sturdy. In addition, both the tactical and dress belts offered just the right amount of flex so that I wasn’t left writhing in pain by the end of the day. No bruises here!

While I expected that out of the tactical belt, I was most surprised by the dress belt. It looks like a standard black, leather belt but provides that flex that leather does not. It was the perfect combination of style and function. I actually found myself turning to it more than the tactical belt, as it looked less like a gun belt and more like an average, run-of-the-mill belt. 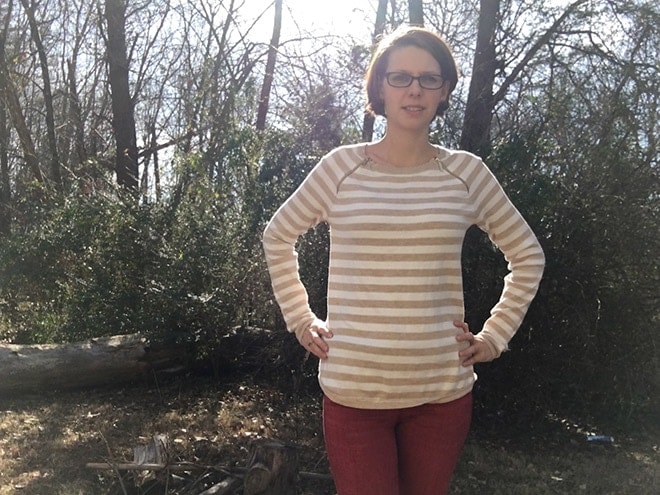 The low-profile design leaves no protrusions or indication that the author is carrying. (Photo: Jacki Billings)

Belt buckles also make a difference for us smaller people when carrying. A giant, protruding mass from your abdomen will quickly draw eyes down and we certainly don’t want that (especially when carrying in the appendix position).

The Nexbelts are both equipped with near-flat belt buckles that lay smoothly against the waistline. There’s no weird protrusions and they’re not flashy enough to draw attention.

On smaller frames, this low-profile design is definitely a winner. Not only does it offer smooth carrying but it also prevents that bulky feeling we little people get when lugging around bigger buckles. 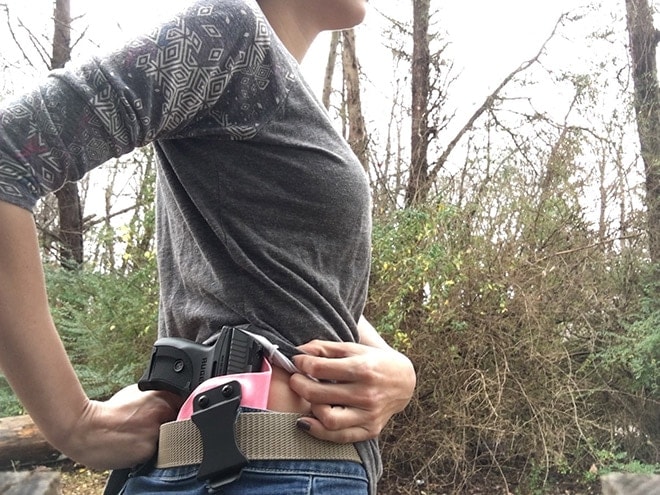 Offering a myriad of styles and sizing options, the Nexbelt is perfect for those of us on the petite side looking for a good gun belt. The ability to size down and the reasonable $59.99 price make the Nexbelt my new gun belt go-to.