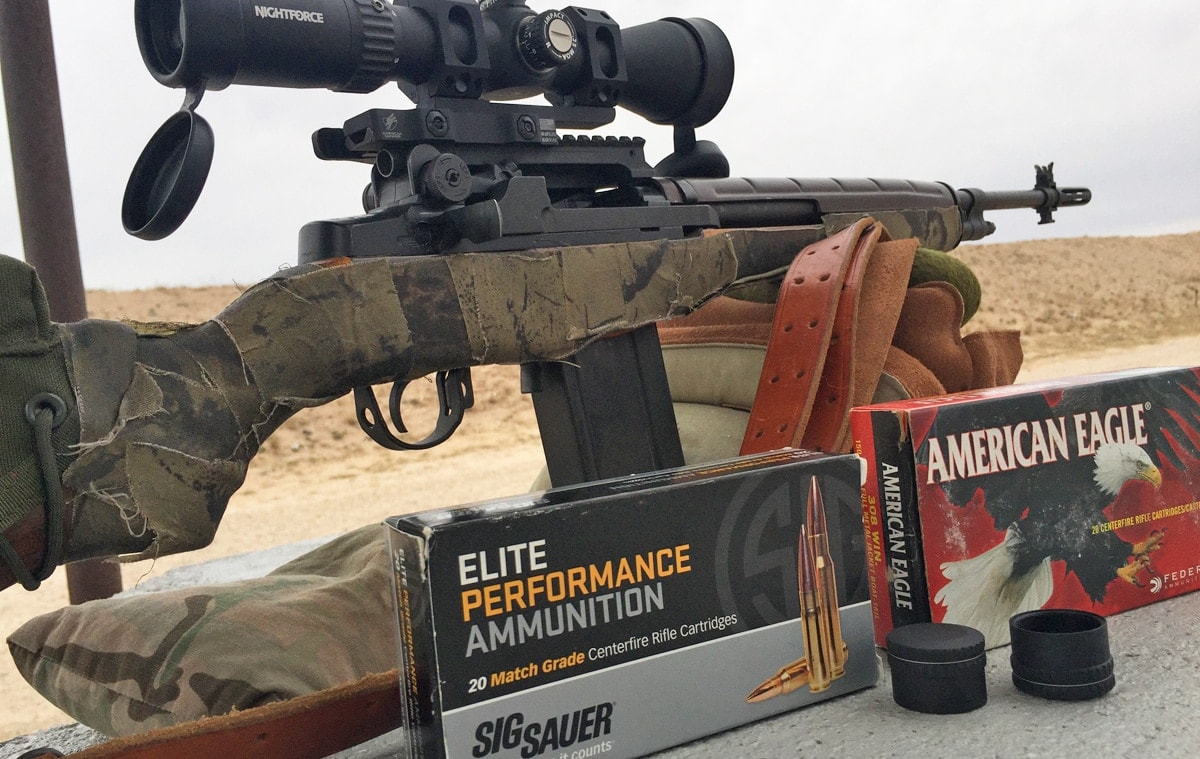 In this gear review, I visit new products of brands that have been landmarks in my shooting life. My introduction to Nightforce scopes was a memorable week, the first time I’d hit a target at greater than 1,000 yards. Gaining competence with the first AK I’ve owned has been enhanced by the American Defense Manufacturing (ADM) mount that holds an optic on the rifle. This test did not begin as smoothly as most, but in the end, the joke was on me.

Nightforce reached out with a request to check out a new optic. What are you looking for, the rep asked.  I told him a milling reticle, medium to high magnification, appropriate for a .308 or 6.5 Creedmoor long-distance rifle. ADM ponied up its AD Recon flattop rifle mount with built-in 20 MOA elevation. I waited with anticipation for the scope to arrive.

The box showed up at my door. I tore into the package, and thought something must be amiss. Plain black turrets with logo covers and non-numbered rings seemed to stare back up at me.  I lifted the scope out of its cardboard braces and held it up to the window. Crosshairs.  Plain black crosshairs.

A new series of exchanges between the rep and I ensued. Someone in the process had misunderstood the request. And, the person in charge of shipping samples at Nightforce was ill, so nothing was going to happen soon.

SHV stands for shooter-hunter-varminter, a four-scope subset within the Nightforce collection. This scope is the smallest of the line, with 3-10x magnification with a 42mm tube. Its turrets have 0.25 true MOA click values for windage and elevation adjustments. There’s also a parallax adjustment. It’s 11.6 inches long and weighs 20.8 ounces. The reticle is on the second focal plane. At 3x magnification, the field of view is 34.9 feet at 100 yards.  On 10x, 11 feet of real estate is visible. 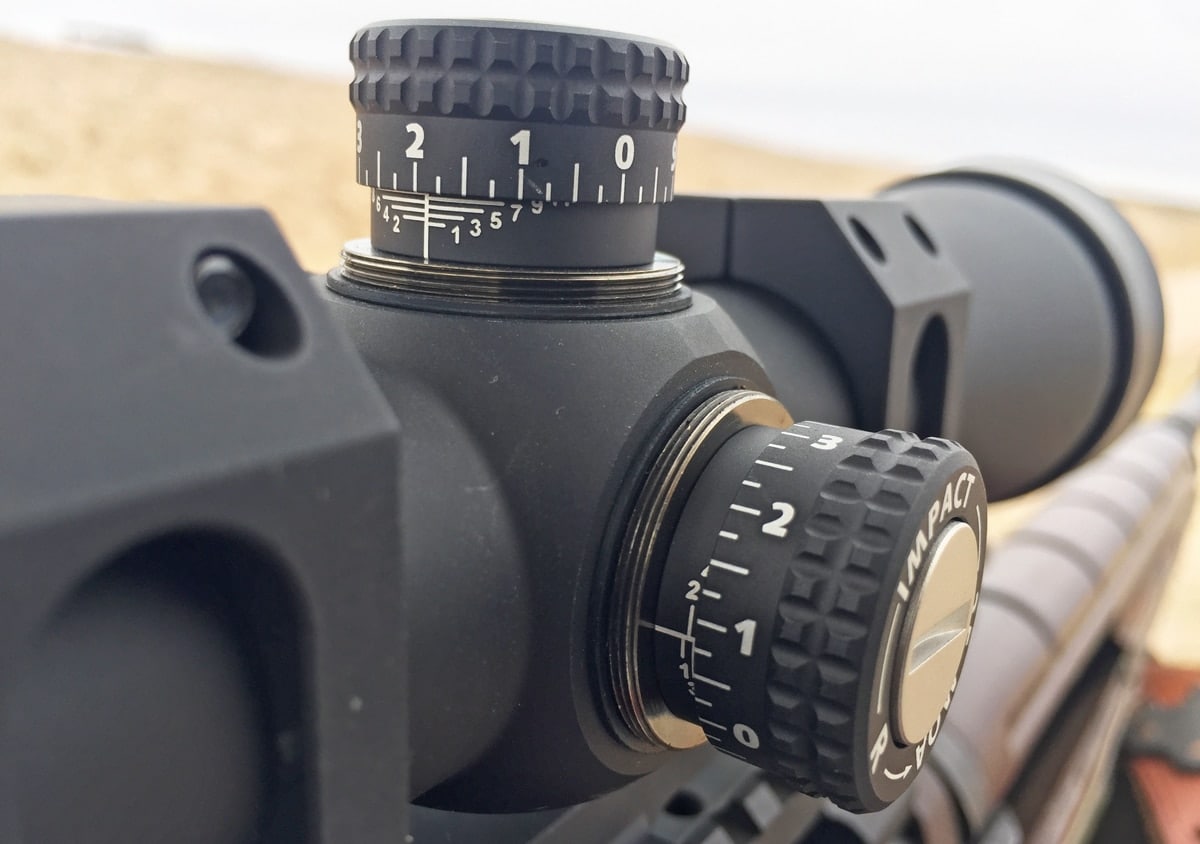 What it doesn’t have are some little luxuries I’d associated with the brand after spending time behind a tactical model. There’s no illumination on the reticle, and no zero-stop turret capability. I confess I’m quite spoiled by the latter, as the zero-stop feature has eliminated the necessity of remembering where zero is on my own scopes. For those unfamiliar, turrets equipped with zero-stop capability can be set so the shooter’s own zero at a given distance also reads zero on the dials, assuming they’ve not been turned 360 degrees or more. The SHV does compensate for this by providing a vertical scale showing the number of trips around—the lines are a little hard to see through fogged glasses, but useful.

Okay, this mostly non-hunter said, I’ll figure out a test.  My training partner, a lifetime hunter and consummate rifle shooter, held the glass up for a look. Looking back at me, he said, “what kind of scope do you think Carlos Hathcock had,” knowing my novice long-range gear snobbery would be bumped down several pegs by the reference to the famed Marine sniper and one of my heroes.

Attitude re-adjusted, the scope found a home on a Springfield M1A. The ADM Recon was first placed on the rail, its two quick-release levers making this initial step fast. The manual for the mount states because there’s more surface contact with this mount, the screws attached to the rail lockdown levers can tolerate being adjusted less tight than most. Turning the screwdriver gingerly, until it felt snug to the rail, the levers were tucked aside and locked into place.

The ADM mount is made from 6061 T6 aluminum — not the hardest on the planet, with anodized finish. It weighs 8.5 ounces.  The rings are 4.8 inches apart, outside distance. The rail adds 1.45 inches to that, for a total length of 6.25 inches.

While the hardening finish should prevent any gouging or deforming of screws from tools, we nevertheless were cautious – too cautious, as it were, about over-tightening. 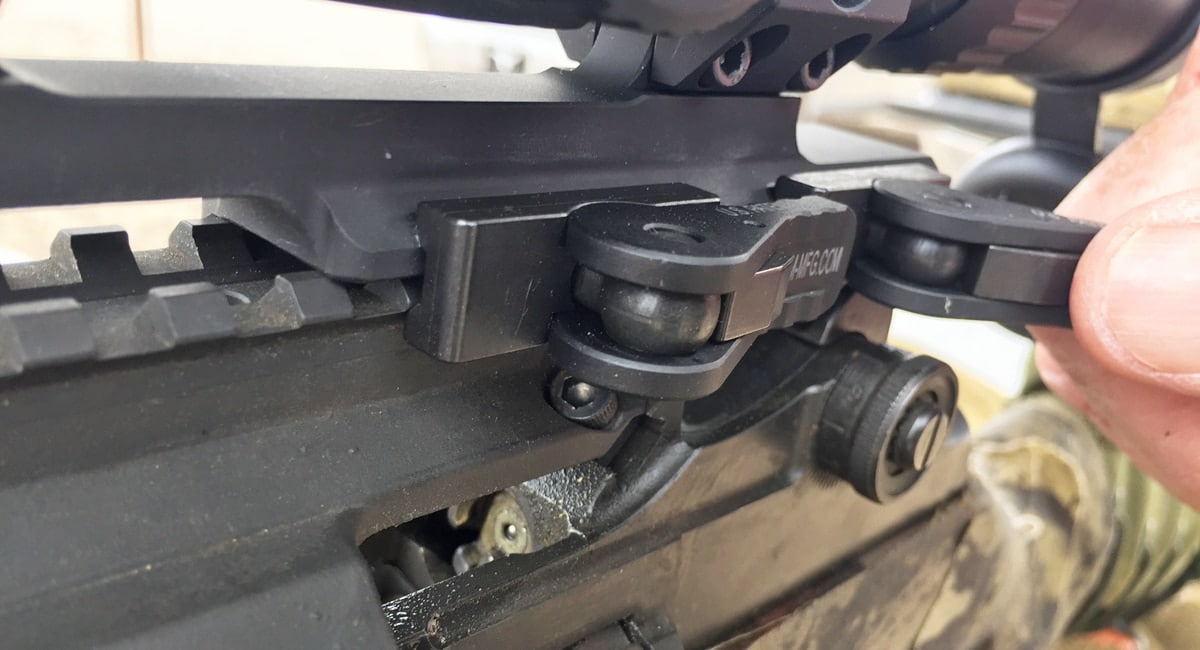 The mount worked best with the rail brackets on so tight as to make moving the levers a bit difficult. (Photo: Eve Flanigan/Guns.com)

A custom feature on the recon is the levers. Not only are they solid-locking yet quick-release, they’re also reversible if a person cares to aim them in front-to-rear opening mode, and the braces can be adjusted for rails that are out of spec.

Also nice is the ability to use a regular slotted screwdriver to tighten the mount, though this casual approach would bite me later. As for the quick-release levers, my experience with ADM’s single-lever mount on my AK has earned my trust in their dependability.

With the mount on the rail, the scope was installed and leveled in the vertical rings, which have four screws each. According to instructions, the bottom screws were tightened down firmly, to 25-inch pounds, before the top ones were secured, leaving a proper gap at the top juncture of each ring. This part of the setup was the most time consuming, but also the one that stayed solid.

At the range, the sighting-in began, first with FMJ ammunition. It’s hard not to be struck, and subsequently fascinated, by the extreme clarity of the glass on the Nighforce scope. It’s somehow clearer than looking through the naked eye. The modest 1.97-inch objective lens (that includes the rim) pulls in a surprising amount of light. Maybe this hunting scope trial wouldn’t be as arduous as I’d anticipated.

Things did go badly at first, with some ammo wasted as shots seemed to pick random points of impact after careful adjustments to elevation and windage — the hallmark of a loose mount. Revisiting the screws set on the rail, it seems the manual’s statement that tightness needn’t be a sticking point should be ignored. Tightening them down such that the quick release levers became grit teeth-dent fingers-and set release levers. 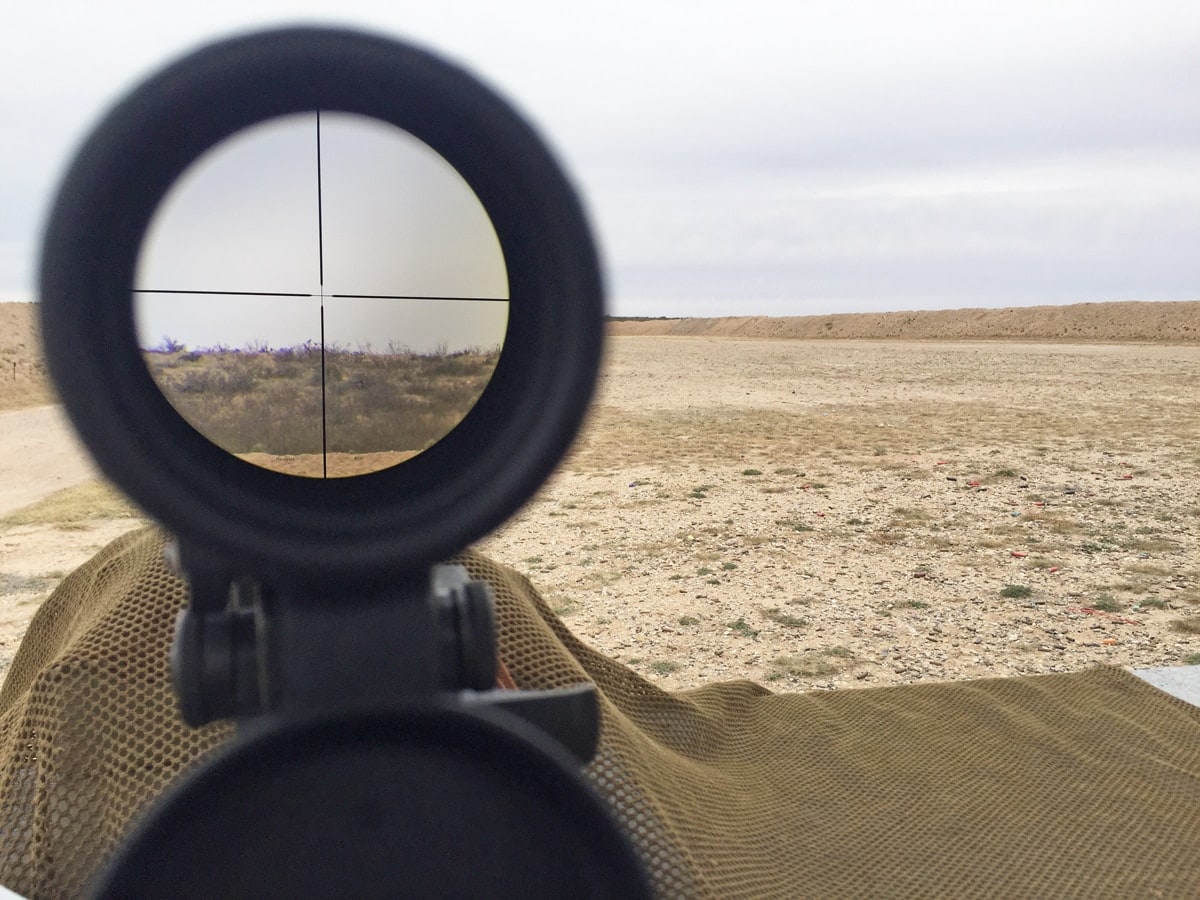 After that, the scope and mount worked in perfect harmony. We switched to Sig Sauer’s Elite Performance ammunition, a 128-grain match grade load sponsored for the test. Soon we were hitting targets as small as the 2.5-inch steel swinger on my home range with satisfying consistency, using a slightly high hold with a 100-yard zero. Very pleasing. But would it last?

Since the rifle in this test isn’t mine, its owner took it, scope in place, for a few weeks until a longer-range trial was available.  Not only would we find out how the scope fares at ranges longer than 200 yards, after a period of being jostled inside an old-fashioned padded, canvas case in a truck, we’d find out if this setup is serious about holding zero.

Long story short, the setup did quite well. The scope had been zeroed for a point of impact that’s 2 inches high at 100 yards. Loaded with the Sig Sauer ammo and with a literally cold bore on a recently above-freezing temperature morning, a centered but loose, 2.5 MOA shot cluster was the first reward of the day. With a warm barrel, a tighter group showed up, a bit more than an inch right of center.

Even more rewarding were the hits on 10- and 18-inch steel plates at 200 to 500 yards. Though the M1A gas gun is no match for modern precision bolt rifles, the package was accurate enough for taking game at distances that test the limits of 10x magnification.

The Nightforce SHV 3-10×42 is one of the less expensive choices in the Nightforce stable, but should serve hunters very well. Though it’s a bit short on features for a modern scope, the glass clarity is remarkable. Retail prices are in the mid- to high $800s, with occasional sales available for vigilant shoppers.

Nightforce includes both these field-ready, shade-making lens covers with the SHV, as well as simple over-the-housing plastic ones. (Photo: Eve Flanigan/Guns.com)

American Defense Manufacturing’s Recon flattop scope mount seems a solid-enough choice for hunting and tactical use. The company is still small enough that users can purchase direct for $179.95.

While this combination of a modern mount and traditional scope is a bit unorthodox, add quality match ammunition and you’ve got a setup for which Hathcock, if he were still around to ask, would likely give a thumbs-up.