Most of the reviews at Guns.com focus on guns.  Seems logical.  But lately we’ve been seeing more of the necessary accoutrements.  Scopes.  Gear.  And now cases.  I’m kicking off a couple of hard-case reviews with one of the best—Pelican.

Pelican makes a number of cases that the gun community find useful.  They’re made from thick plastic.  The cases are exceptionally durable—the company says “crushproof.” But the design makes the Pelicans dustproof and waterproof.  The hinges are solid and the O-ring seal, should it fail, is replaceable.  All of Pelican’s line is built with exacting standards. 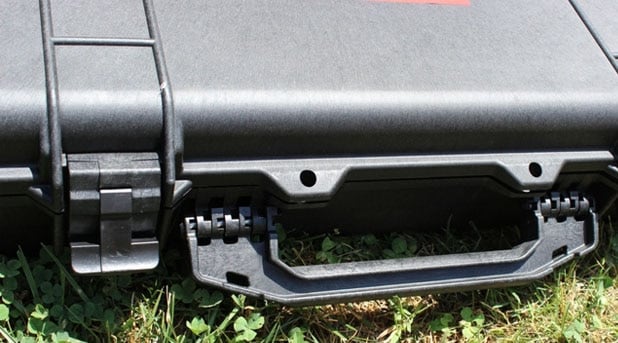 The guts of the Pelican are highly customizable.  There are several foam configurations.  Three flat foam sheets allow for the middle to be cut to your gun’s specifications.  Or you can provide your own foam and buy the case empty.  There are even companies that will sell foam pre cut for common weapons configurations. 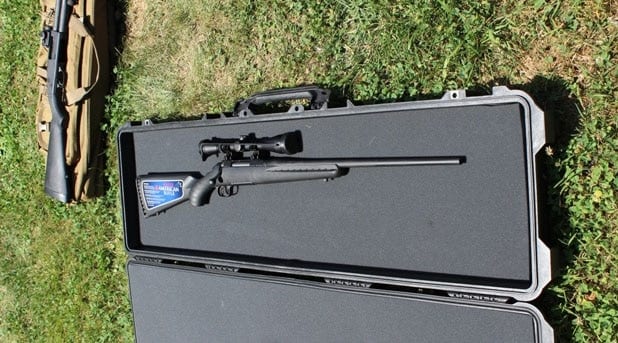 Regardless, be sure to leave a cushion on all six sides, and a bit more on the barrel end of a long gun.  If you’re packing a gun with a scope, it would be a good idea to have the optic on the handle side of the case when it is upright, just in case.

For shorter rifles, especially those in the AR line, Pelican makes shorter cases.  The 1700, and 1720 for example. 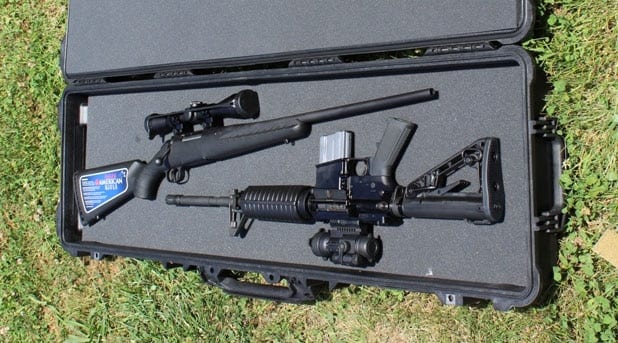 The 1750 is really designed for one long gun, with plenty of room left over for .  If you were to get really creative with placement, two guns could fit.  But then there would be an increased risk that they might not be separated by enough crush-space inside the case.

Here I have the Ruger American Rifle and a Colt LE6920.  With the optics on the guns (A Leupold VX-2, and an Aimpoint PRO), things get tight.  I have the American Rifle’s buttstock too close to the side.  Not an issue with a polymer stock with a nice recoil pad, but still.  It could use a bit more space.  I haven’t cut the foam to fit either of these guns, as both were for review and had to go back.  But they would both fit.

The 1750 is longer than it seems in pictures.  And this length can be unwieldy.  And heavy: almost 26 pounds.  With the added weight of a rifle, a scope, and maybe a few magazines (or a handgun or two), the 1750 can get cumbersome. 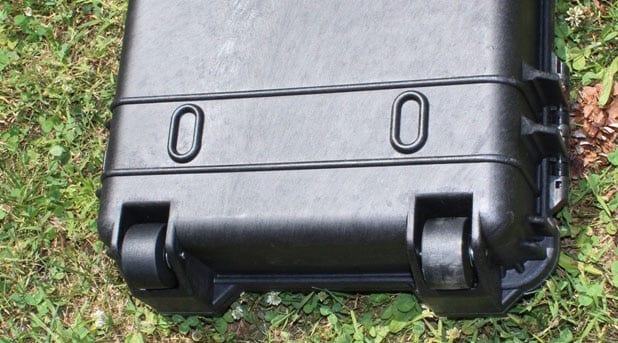 Why do you need a Pelican?

If you travel with your guns, you’ll have to pack them well—especially if you’re flying.  The Pelican has generous locking points.  The foam interior, with the buffer on either side, top and bottom, will protect things nicely.

Even if you aren’t flying, the Pelican 1750 is waterproof, which means it is weatherproof.  You can toss it in the bed of a pickup truck or strap it to a rack on an ATV.  When it gets dirty, hose it down. 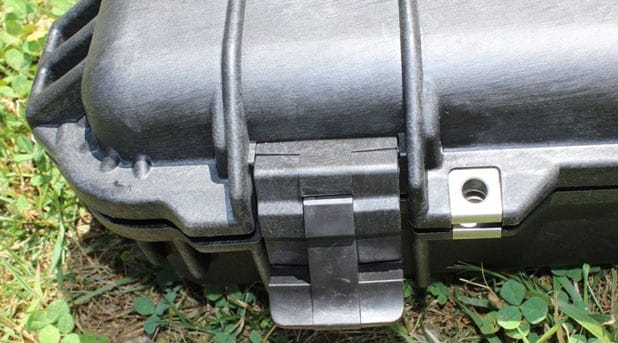 I like Pelican.  There are other companies that make similar products, especially for smaller objects.  Otterbox, Nanuk, S3, and others.  But they don’t make cases for long guns.  If you’re willing to pay more, there are cases that are even more indestructible.  But Pelican makes manageable cases at a manageable prices—the 1750 sells for around $240 with the foam (and that’s on the high end of the retail price; they often appear for less).  It is an investment worth making.