I like the Redring Shotgun Sight.  When we got one in to review, I put it on a Beretta Extrema 2 and it changed the way I approached shooting clays.  I’m not a sporting shotgun guy.  I love to shoot clays, but I’m terrible at it.  But I was hitting with the Redring.  And it did more for my skills as a practice tool, too, as I’ve since hit clays without the Redring. 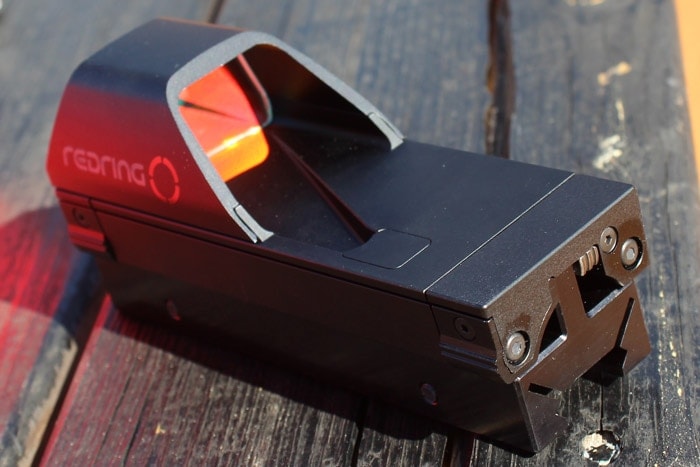 The sight itself functions like many red dots, only the Redring’s red dot is huge.  This gives it an accurate picture of a 12 gauge birdshot or buckshot pattern.  The big fat dot makes sport shooting much easier, as you can see where the pattern will strike.  Even leading distances are much easier to estimate. 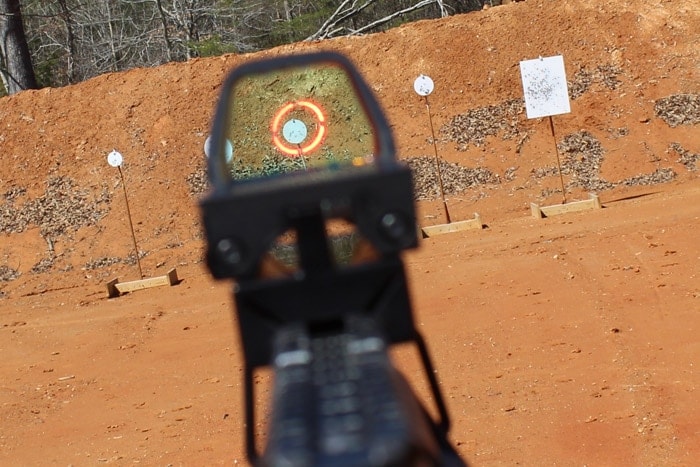 The mounting system itself is what really defines the Redring.  If it weren’t for the mount, the Redring would simply be an evolution of the red dot.  It is a clamp that holds onto the sight rail of a sporting shotgun.

But despite the really useful sporting mount, the odd sight seemed in need of a more versatile mount, something that would allow the Redring to mount on a picatinny rail, too.  Redring understood.

The Redring picatinny rail mount is a slab of aluminum.  The picatinny rail adapter slides on to the rail and bolts in place.  On top of the mount, the Redring’s adapter has a slightly raised bar that simulates the sight rail on a sporting shotgun.  The monolithic bar is milled and finished nicely. 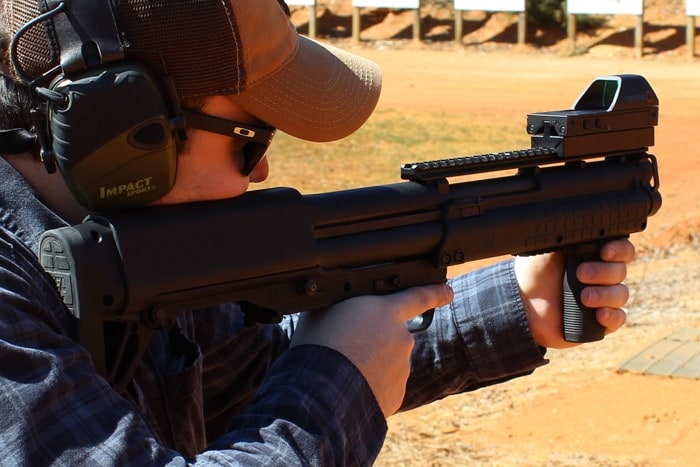 The result is a sight that simulates what’s possible with other optics like the EOTech.  I’m not putting the EOTech in the same category as the Redring.  One is a tool fit for the battlefield.  The other is a tool meant for the back 40.  But since most of us will never actually use our guns in a theater of war, the Redring will have a certain appeal. 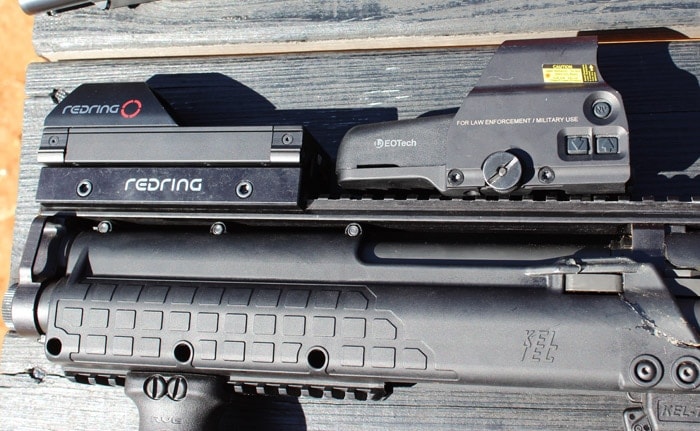 On the Kel-Tec KSG, the Redring seems right at home.  It has an advantage over the EOTech in that it rides farther toward the end of the barrel.  The sight picture is as ideal for close quarters use as it is for shooting clays.

Redring’s mount works.  But it is tight.  The milled aluminum is precise.  But when it is finished, and applied to a rail that is also painted or finished, it can be tight.  We chewed up the rail on the KSG.  But, oddly enough, not when putting it on.  The mount was tight going on, but I tapped it down the rail with a nylon hammer. 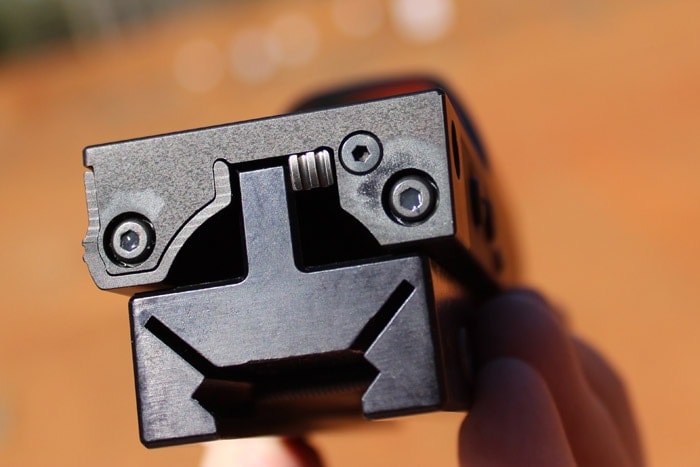 After it was over, I couldn’t get the mount back off.  The nylon hammer wasn’t up to the task.  It ended up in pieces.  The brass face on the other side worked.  But the tension between the two surfaces took some chips out of the KSG’s rail.  The way the rail is machined should make opening it up easy enough.  A good pair of expanding pliers (pliers that spread when squeezed) should be sufficient.

All told, the Redring will run you a pretty penny, somewhere around $750.  The rail mount will add an additional $50 to that.  Is it worth it?  Odds are your mind is already made up on that, one way or another.  But the new mount makes it more versatile, and the more it does, the more people will be willing to pay.