Five months ago, when everything related to the AR-15 suddenly sold out overnight, I panicked.  I ‘m not a dedicated AR guy.  I’m actually more of an AK fan.  But I review tactical rifles, and I needed more 5.56 magazines and there were very few available.  I had three or four aluminum G.I. style mags, but that was it.  I managed to pick up a few Thermolds.  And Brownells was good enough to accept a back-order for Magpul PMAGs.  Still waiting on that one to be filled…

But that was it.  And that was not enough.  So I began scavenging.  The prices for magazines on the web skyrocketed.  Private sellers were all to eager to capitalize on the shortage by asking the same price for PMAGs that they would ask for front row Springsteen tickets. 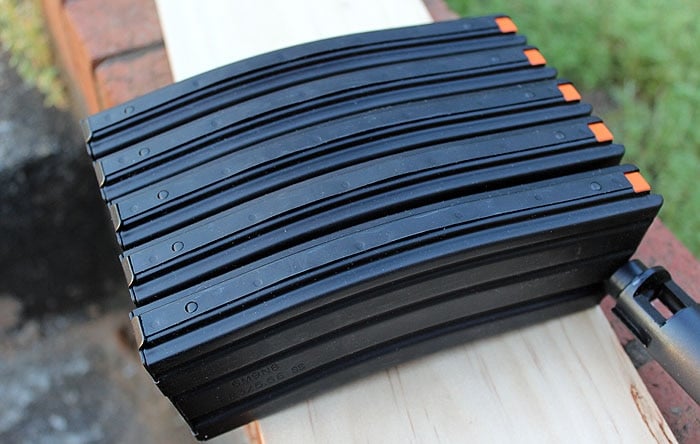 But the supply is catching up.  And companies that can move quickly are filling the gaps.  Ruger sent out a press release three weeks ago announcing new Ruger 5.56 magazines.  Seemed like a decent stop gap measure.

And my order arrived last week.  The magazines are solid.  They’re built by C Products Defense, the new incarnation of C Products, which is in Bradenton, Florida.  They’re made of stainless steel, and follow the typical G.I. style pattern. 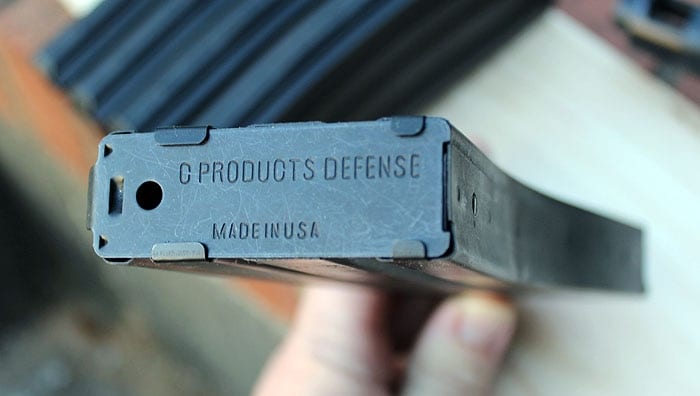 The steel on these magazines feels deceptively thin.  It is .020 inches thick.  That’s 25 gauge, roughly.  Most aluminum magazines are .040 inches thick.  Aluminum is measured differently, and .040-inch comes out to 18 gauge.  There is no flex in the magazines, thanks to the structural bends.  But the aluminum dents, and the feed lips are prone to bend if the magazine is dropped. 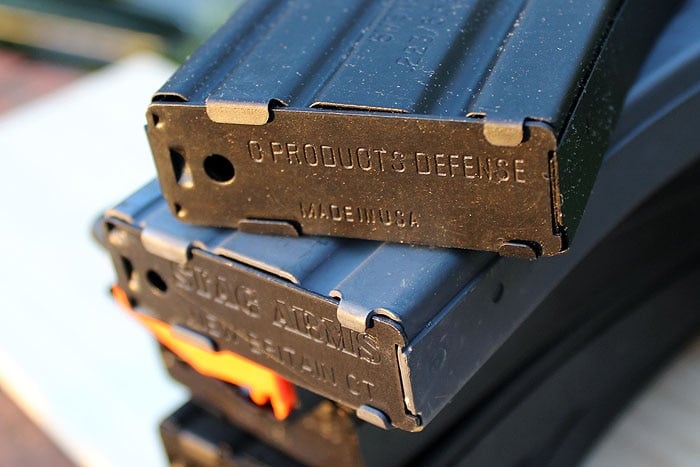 The welds on the C Products magazines are done by robots.  And the tolerances on the magazines are so tight that they work even before they are welded.  During testing, C Products put unwelded magazines to the test, and they worked fine.  They also did the full battery of stress tests.  They ran it over repeatedly.  They dropped it, loaded, onto the feed lips. 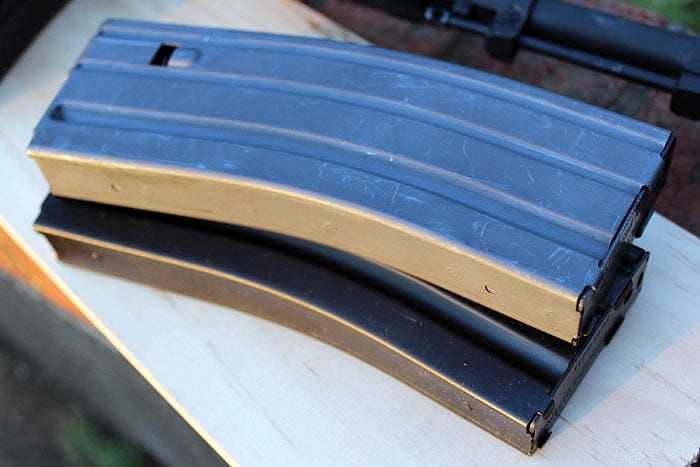 And the .020-inch stainless holds up much better than aluminum.  The test magazines functioned fine.  Even after being dropped and run over, the magazines still fire.  And I can confirm the roll over test.  As the video above shows, even an empty mag will stand up to the roll over.  And I ran it over on an uneven gravel road.  And it still works fine. And the finish is something, too.  It looks like a flat black stain, but it is actually carbon from the stainless.  I’m still sketchy on the details of this (which C Products is holding close to the vest), but my understanding is that the stainless mags are welded in their shiny state and then treated in a way that draws the carbon to the surface of the steel.  If you scratch the surface, the black doesn’t come off. 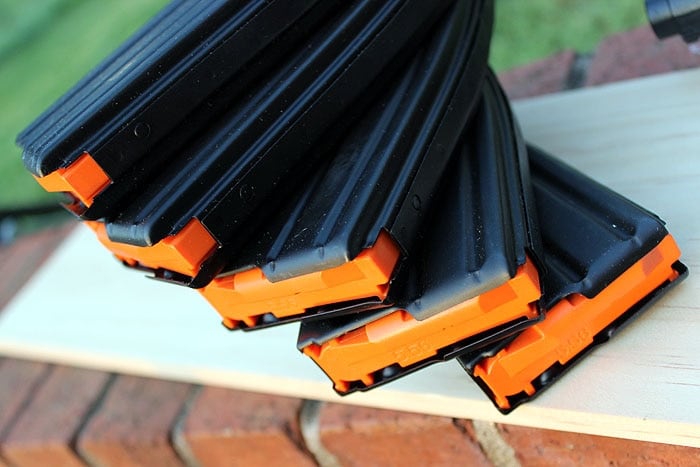 Ruger is selling the magazines for $19.95.  They’re limiting buyers to five magazines per order.  I ordered five and will order five more now that I’ve seen them in action.  Even at $20 a pop, they’re a steal.