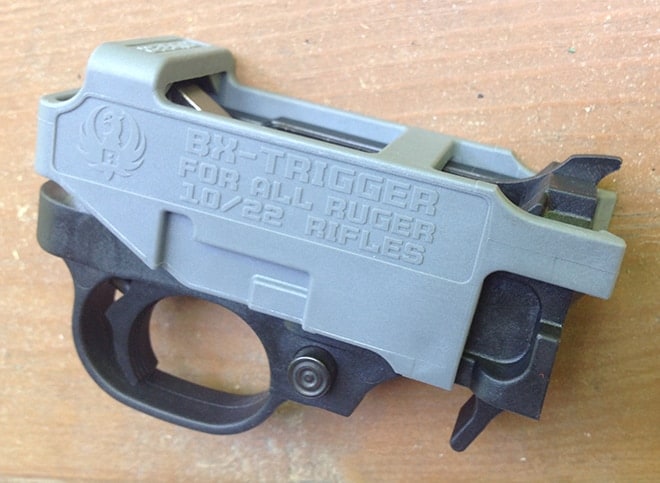 Ruger’s new BX trigger group is a drop in accessory for popular platforms like the 10/22. (Photo: Kristin Alberts)

One of the few complaints you ever hear about Ruger 10/22 rifles centers around the heavy, creepy trigger pull.  Well, Ruger now offers a reasonably priced solution for us fussy trigger lovers with their new BX Trigger Group. 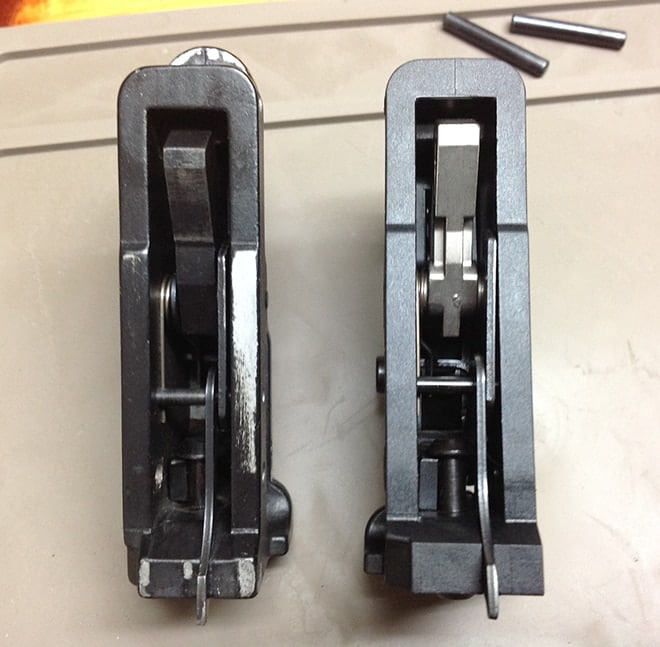 Ruger’s BX-Trigger is a “drop-in” replacement trigger assembly that is compatible with all 10/22 rifles and Charger pistols.

The BX-Trigger is a genuine Ruger Factory Accessory.  It provides a significantly reduced pull weight of approximately 2.25-3.25 pounds versus approximately six pounds on standard 10/22 triggers. It comes packaged with a dry-fire cover that restrains the hammer, allowing potential buyers to test fire the unit.

Ruger markets the piece as a “light, crisp 2.5-3.0 lb trigger pull with minimal overtravel and a positive reset.”  An added benefit is the extended mag release lever, making swapping mags even faster and easier.  The Ruger BX retails at $89.99, but sells for significantly less online and at big box stores.  I’ve recently seen the new trigger group priced closer to $65. 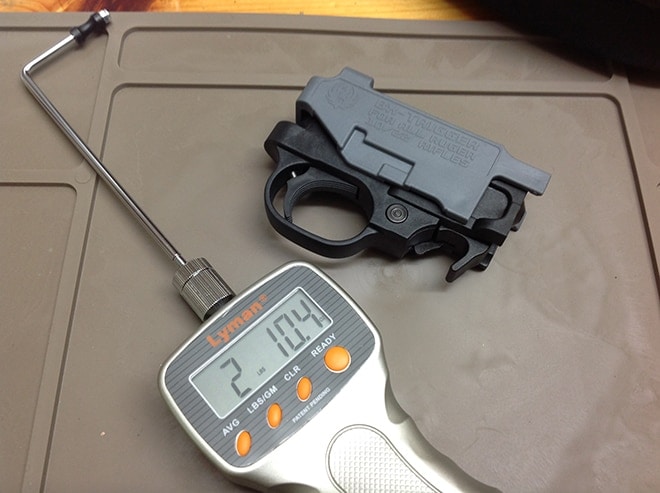 When Ruger says “drop-in,” they mean it.  Instructions are simple: Pop off the dry-fire cover, drop the two pins retaining your existing trigger group, make the swap, replace the same pins, and voila.  It doesn’t get any simpler than that, folks.  If it takes you more than five minutes to install, you likely have larger issues than trigger pull poundage and takeup.

For instance, my recently reviewed new-model Ruger Charger Takedown’s trigger had a measured 5.5 pounds on a Lyman trigger pull gauge.  There was the expected amount of takeup prior to an average to clean break.

My older 10/22 rifle has a trigger pull that measures around 6.2 pounds.  In contrast, the BX group broke at a measured 2.10 and was crisp and clean.  I also tested two other packaged units selling in my local gun store, and they broke at 2.12 and 2.08 respectively. 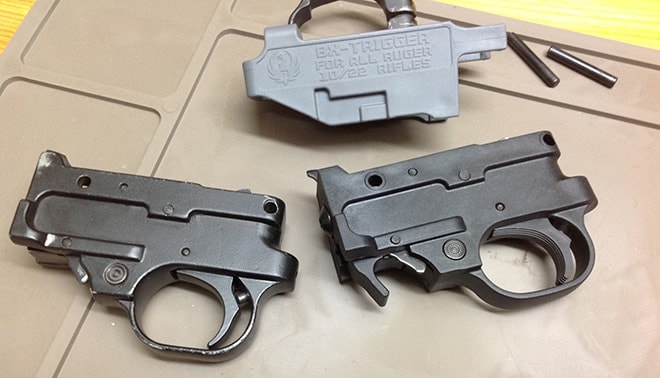 Are there other options on the market?  Absolutely.  You can quickly pay over $235 for an aluminum Timney drop-in that is also pre-set to 2.75#.  Or many others over two to three bills—Volquartsen, JARD, Power Custom and the like.

They are really in a different class and some feature even softer target pulls, but the end result is not entirely different.  My needs simply cannot justify spending that much when what we seek is a lighter, crisper trigger pull.  So if you want that from a genuine Ruger product at a price that cannot be beat, the BX is where it’s at.

Is it worth your money? 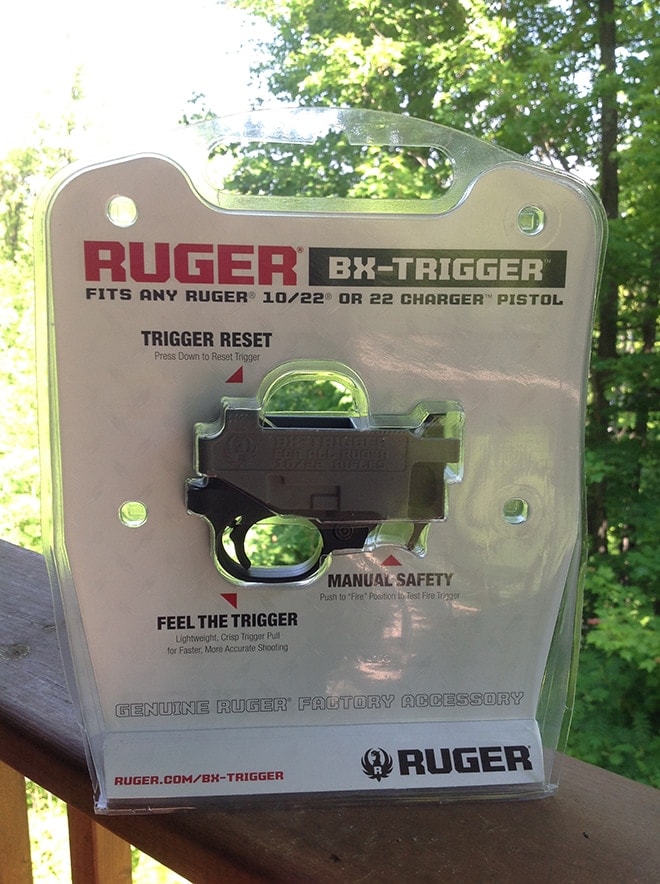 At a price around $70, the BX trigger is a worthy purchase for any Ruger owners. (Photo: Kristin Alberts)

Would we like to see the 10/22 platform automatically ship with this type of trigger?  Yes, without a doubt.  However, the majority of plinkers neither notice the difference nor are they willing to spend the extra cash on such an upgrade.

The BX trigger is so simple to swap that I don’t mind moving it between my rifle and pistol; however, at current prices, it’s within reason to simply buy a second one.  If you want to get a feel for the Ruger BX group without buying it straight away, head over to your nearest gun shop and dry-fire to your heart’s content.  If you like the feel, buy it.