Who am I kidding?  You can never have enough magazines.  If you stand in one spot at the range, and drop each magazine onto a velvet pillow where your assistant will retrieve it for a quick cleaning and reload, maybe you can get by with ten.

But if you live in the real world, shoot on the move, drop magazines onto the dirt and rocks beneath your feet, then your magazines are going to get lost, wear down, or as we say down south–get all tore up.

So it’s good to have options.  Most of the serious AR-15 crowd fans seem to prefer the aluminum or steel box magazines or Magpul’s PMAGs.  The rest of the polymer makers are rarely taken seriously, even if the magazines work well enough.

And now the market has been flooded with genuine crap.  I stopped in a Gander Mountain recently, looking for some ammo, and I was surprised to pallet sized bins full of 30 round AR mags.  The were black, and plastic, but that was about all they had going for them.

So with all of the genuine junk available now, how can you tell what’s worth buying?

The UMAG will be familiar to fans of the PMAG.  The S.W.T. UMAG is made in Switzerland by Swiss Armament.   polymer construction is rugged and durable.  It has a slightly flared base that facilitates pulling them from a mag holder.  They have an anti-tilt follower that moves smoothly. 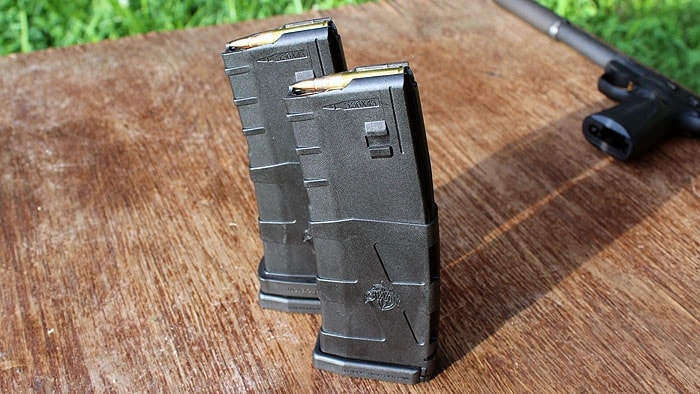 The magazine itself is highly textured on the outside.  Inside, a constant curve keeps things moving.  The spring is stainless steel.  The UMAG is available now in black, though some of the press suggests that a desert tan is not far behind.

We received three magazines, new in their packing, from SmartReloader, who is importing the UMAGs for US distribution.  To begin, we loaded the UMAGs to their 30 round capacities and let them sit for a couple of weeks.  That was an accident, really, as we were waiting for the Extar EXP to come in for review. 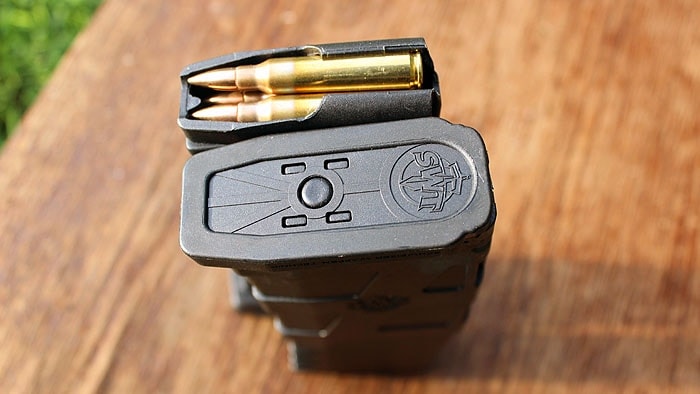 They fit and fed in the Extar, and in a Stag 3G, and in the Tavor.  No problems with the catch, no problems being ejected, and no problems feeding from a full 30 round capacity.

We dropped them in dirt and gravel, fully loaded.  We dropped them from a height of ten feet onto the feed lips, onto the base, and onto the spine.  I even tossed down one onto concrete from about 8 feet.  I did it with the mag fully loaded, loaded with five, and empty. 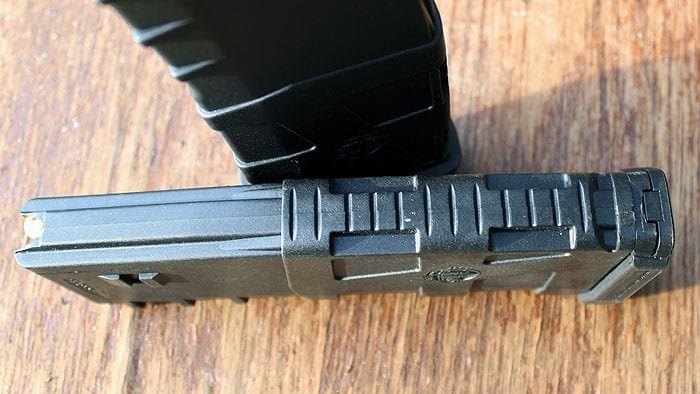 The one I dropped on concrete has a rough corner that slowed ejection of that mag, but a bit of sanding smoothed it out.  In all, the UMAGS survived the torture and continue to work with no failures.

After the specific and calculated torture testing, I opted for blind, side-by-side testing.  I mixed up two UMAGs and two PMAGs and shot all four magazines without looking at which was which.  When I was moving fast, I couldn’t tell.  This is high praise for the UMAG.  I’m a dedicated Magpul guy. 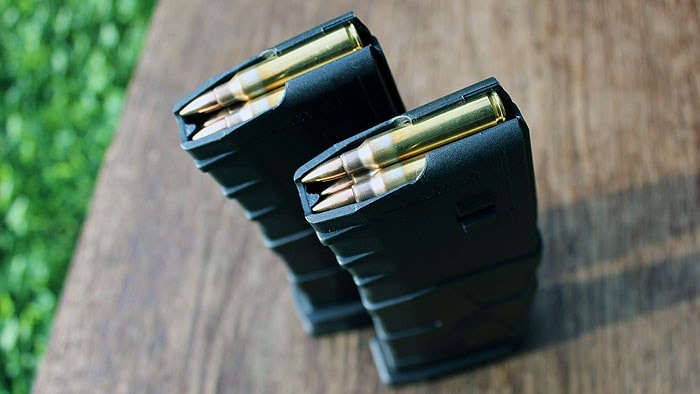 There are differences.  I want to be clear about that.  The Magpul has a bit more texture at the base.  If I reload more slowly, I can feel the difference in the design without looking at them. 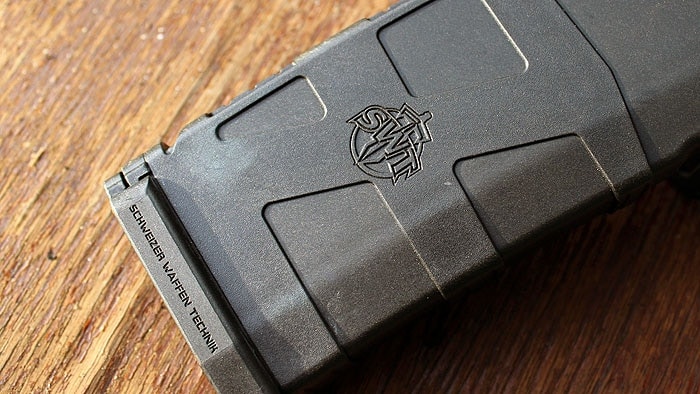 Not the UMAGs.  They’re great.  If you are looking for some bomb proof magazines, check them out.