The Safariland Automatic Locking System holsters are a genuinely innovative line of full-sized duty holsters.  They come in a multitude of variations, shoulder, belt, paddle, leg.  All are built of a rigid Safari-Laminate, a plastic lined with suede to better protect the firearm’s finish.  The holsters come with options for lights, guns with rails or micro red dots, and some even have hoods that close over the top of the gun. 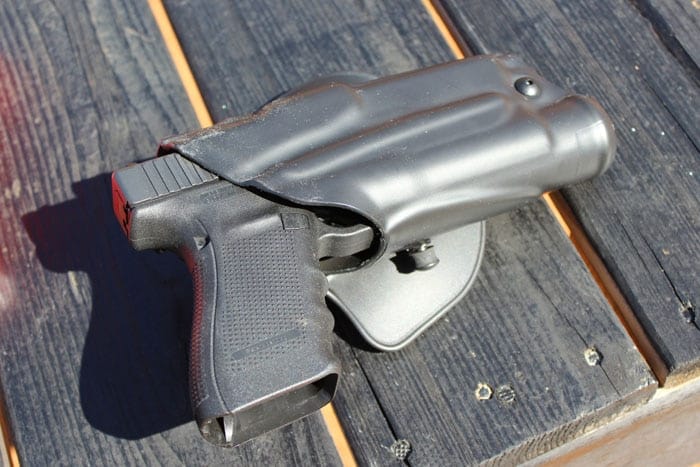 But the defining feature of the ALS, and what makes it one of the best duty holster designs I’ve ever seen, is the automatic lock.  The gun slides into the holster easily, and meets no resistance. When it is seated, the lock clicks in place.  The lock itself is a spring loaded piece that fits in the cut-out in the slide.  Once locked, there is hardly any play at all. 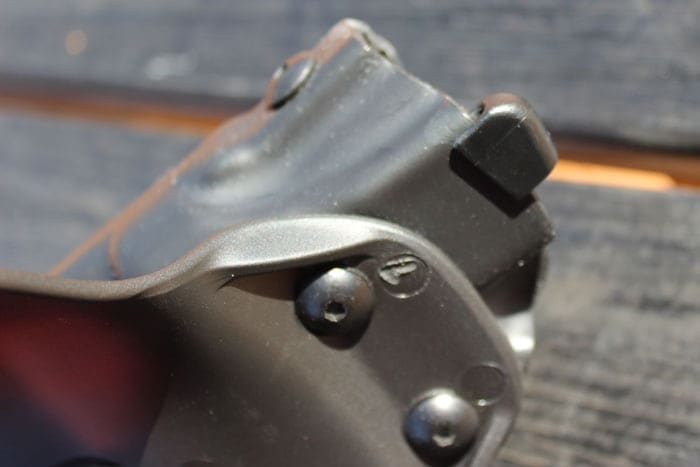 The result is a holster that holds a gun very securely.  The gun won’t fall out.  And it would be extraordinarily difficult for anyone else to draw the weapon.  The lock, and its release mechanism, are only accessible to the one wearing the holster.

The appeal of the ALS

I’ve never had this happen, myself.  I have nothing against the SERPA.  I’ve also never tried to draw from a Serpa holster when my adrenaline was pumping either. 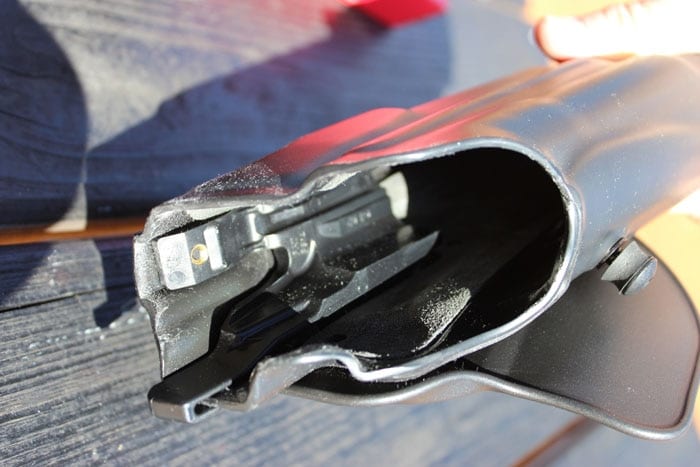 The pitfall of the ALS, if there is one, is the possibility that the shooter will forget, under stress, the proper draw motion and neglect to actuate the lock.  The result could be catastrophic.  But this is true for any locking holster.  There is no chance that the draw motion, or the release of the ALS’s lock, would result in accidental discharge. 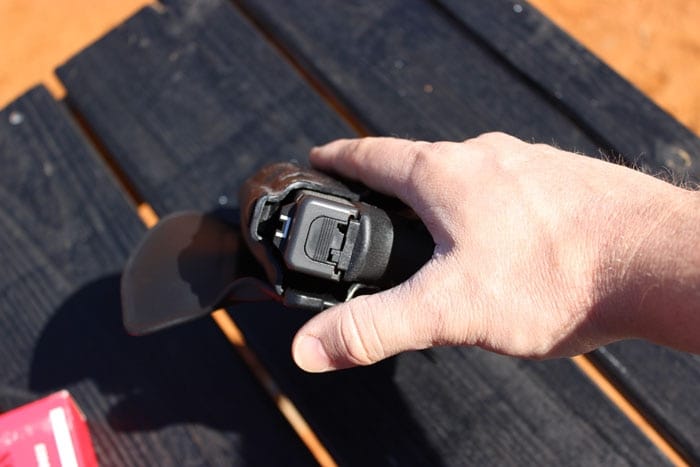 The ALS does require practice.  At first, I was hitting the lock and pulling straight up on the gun.  But this wasn’t as fluid as I would have liked.  Instead, I found that pushing the lock lever while drawing back on the gun, just slightly, allowed the gun to slide free.  After a day or so of practice, I’ve had no difficulties at all.  It is one motion, and, once you get it down, a draw happens as fast as with any holster.

Safariland makes the ALS holsters for almost all of the popular service pistols and configurations.  We have one for the Glock 20, an excellent pistol.  The 10mm is ideal for self defense, for hogs, for bear–anything big.  While it may be overkill for small framed shooters, I like it just fine.  And when holstered in the ALS, the Glock becomes a heavy hitting duty pistol. 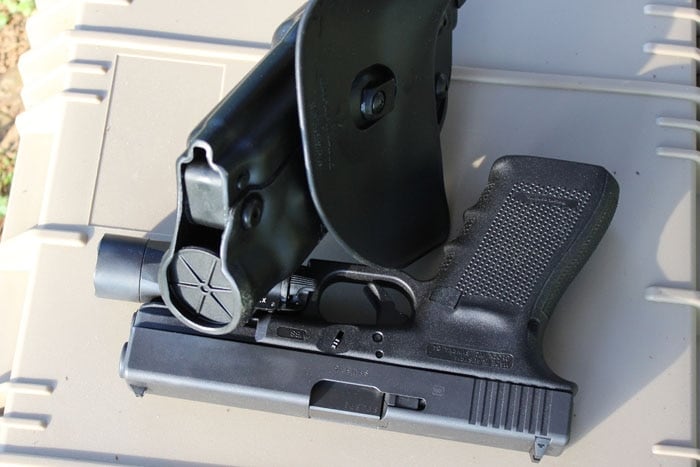 The light makes the Glock that much more versatile.  The SureFire X300 putsoff 500 lumens.  And it fits in the Safariland perfectly.  The holster has a separate piece of nylon, a circle which the rest of the holster is molded around, and this gives excellent protection for the SureFire’s lens. 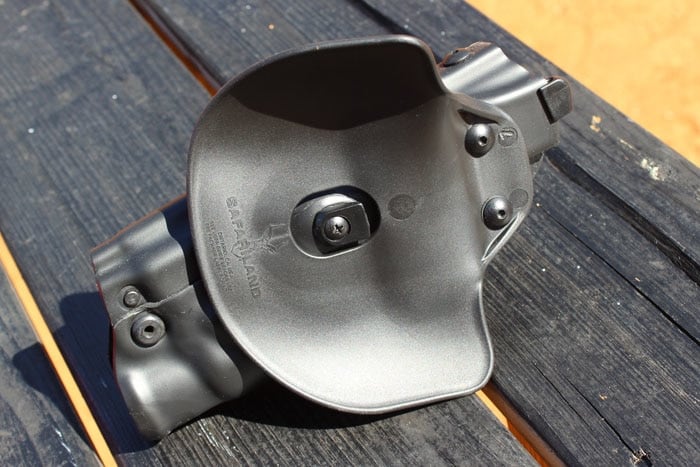 This one happens to be have a paddle which is exceptionally well contoured.  In the middle of the paddle, a cut out allows for a catch to grab beneath a belt.  It is much easier to get on than it is to get off, but the paddle allows for greater flexibility, especially when getting into and out of vehicles.  The paddle does place the gun higher up, but it also allows for easier concealment.

The paddle version of the ALS retails somewhere around $69.  For what it is, that is a bargain.  If you are going to check out the ALS system, put it on before you judge it.  It works best when there’s a little resistance.  But it works.  This is one of those perfect combinations of form and function that does exactly what it is designed to do.