I shoot at an outdoor range.  There’s a reasonable walk from where I park down to where I shoot.  So I’ve become a connoisseur of good bags and cases.  Organization is crucial, but so is my ability to carry in all of my junk.

Where I live, it can rain without much notice.  I’ve got dry boxes for electronics, cameras, and scopes.  But I don’t mind if some of my guns get wet.  In fact, I like to expose hunting and tactical guns to the elements, just to see how they respond.  It can be a very productive part of a review of a duck hunting gun, or an AK, or a duty pistol that’s meant to be worn rain or shine. 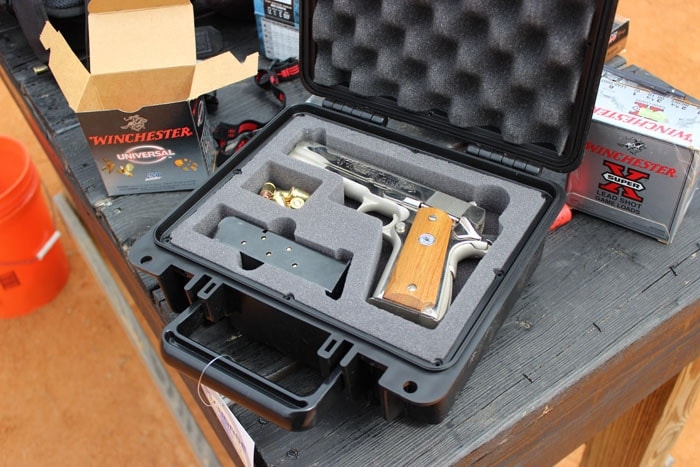 But there are some guns I don’t want to get wet.  This series 70 Colt 1911 is one of them.  It isn’t mine.  I borrowed it to do a review of some 1911 grips form VZ Grips.  As chance would have it, I had just picked up this dry box from Seahorse.  It is a perfect way to protect and carry a pistol.

The Seahorse SE-300 is available with several different foam inserts.  This one is a pre-cut insert that fits most full sized (and smaller) automatics and many revolvers.  But it is clearly meany for an automatic.  The top is filled with a very forgiving egg-carton cut.  Below the cut out is a solid sheet of open celled foam.

The interior dimensions are sufficient for a pistol.  9.5″ long, 7.5″ wide, by 4″ deep.  Most of that depth is filled up with foam, as it should be, but there’s enough space inside the case that any number of modifications are possible.

There is enough room for two single stack magazines, or one double-stack in the pre-cut mag holder.  When combined with one in the gun, that’s not bad.  But there’s plenty of crush space where extra mags can sit. 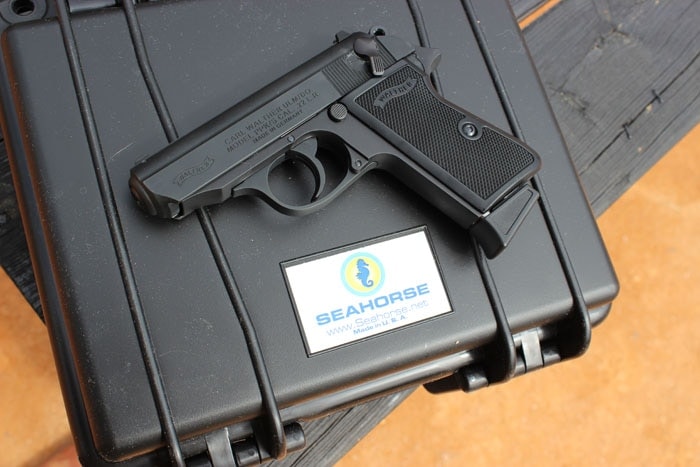 The case is built from rigid polymer.  The Seahorse line is not as heavy as some of the other cases on the market, like Pelican.  But they’re sufficiently rigid.  The plastic is molded with thicker ribs on the outside of the case.  These provide a contact surface for simple abrasion, but they also help give the clam shell pieces much more strength. 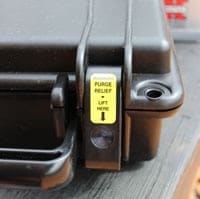 The Seahorse has pressure release, if needed.

The lip that encircles the case is thicker, also.  It holds the o-ring that makes the case water proof and provides the basic means of security by way of lock holes and claps closures.

The Seahorse comes with simple claw closures.  Upgraded built in locks are also available.  One is a polymer based key lock that is highly corrosion resistant.  The other, which is a chromed key lock, offers a bit more security.  Both of those options are built into the clasps them selves and won’t offer as much security as an actual lock built into attached to the corner of the case.

The Seahorse is durable enough, and secure enough, to pass the TSA’s standards for flying with firearms.  When closed, the case will stand up to some serious pressure.  There’s no chance that it would ever be crushed in any TSA based mishandling.  Pack it.  Lock it.  Show it to the folks at the airport when they ask to see it.  Lock the case.  Cable it to your suitcase. 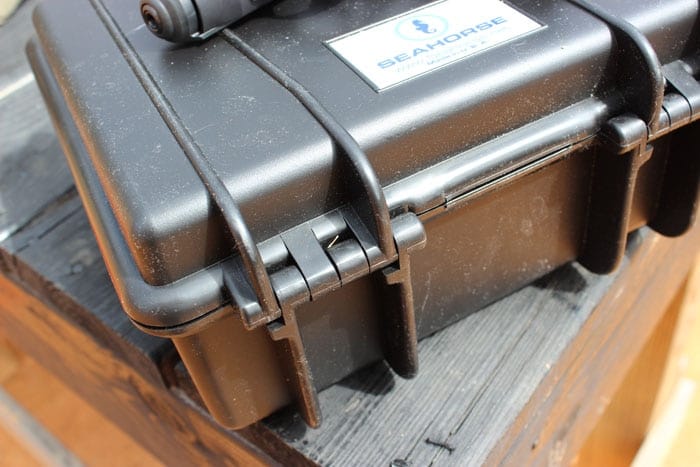 Ready for the best part?

When I first saw this case, I wasn’t terribly impressed.  My first thought was, it is nice–but not as nice as a Pelican.  But then I saw the price.  This case, with the pre-cut pistol foam, is selling for $35 online.  Or less.

I’m much more impressed.  $35 and it is made in the United States. 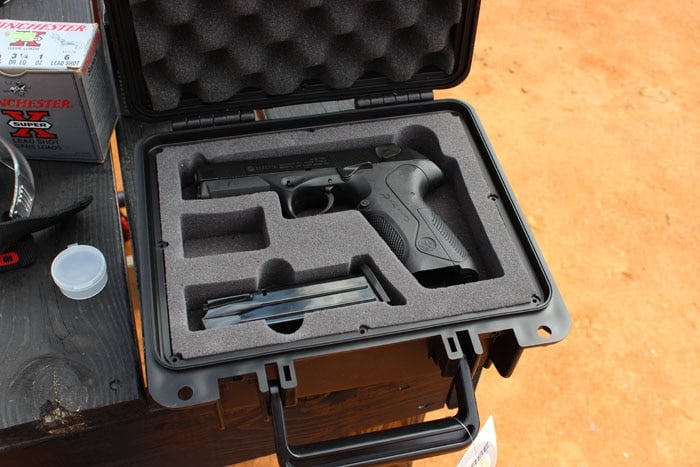 How waterproof is it?  I floated the Seahorse on a tether in the lake behind my house and it doesn’t leak.  I packed it with a 1911, and three loaded mags.  Still no leaks.  And it didn’t sink.  I left it outside, overnight, during an early spring freezing rain.  Nothing.  The seal keep water and dirt out.

I stood up on the case, bounced around.  No give.  There’s no give anywhere.  The top and bottom will bow in slightly, but not enough to damage anything inside.  And the pressure won’t open the seal, either. 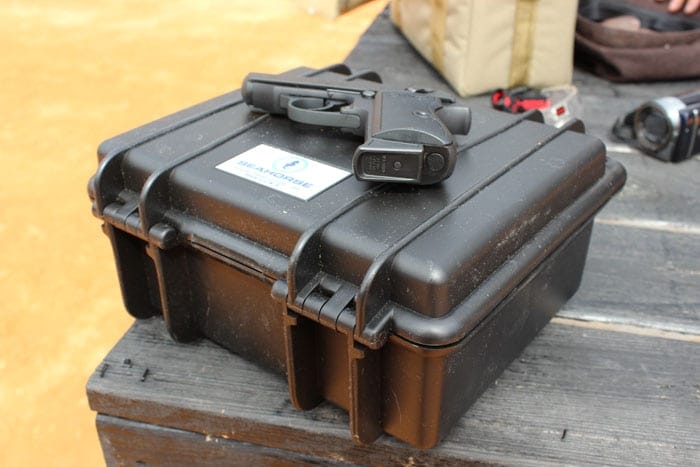 The real test of any case is not how it performs out of the box, but how it works two years, or ten years down the line.  Sunlight has a way of eating plastic.  It gets brittle and degrades.

But at $35, this one can fall apart in ten years and I’m not going to complain.  Right now, it is a solid American made case for next to nothing.  They come in the traditional case colors: black, grey, orange, yellow.  There’s even a woodland camo version out now.  What’s not to like?