Just when we thought we’d seen it all — earplugs, ear muffs, electronic hearing protection, custom molded in-ear pieces — SensGard enters the market with a product that combines several of those plugs-of-the-past into one new product.  With a catchphrase of “Hear Everything but the Loud” and a product that needs neither batteries nor complicated components, could SensGard be too good to be true or is it just what we shooters have been waiting for all along? 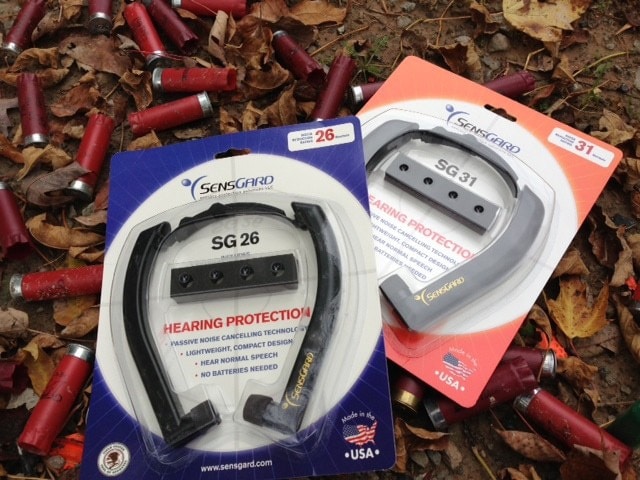 SensGard offers two models: a NRR26 and a NRR31 for varied uses. (Photo by Kristin Alberts)

SensGard is a two-product line of passive, noise canceling hearing protection that allows users to hear normal speech without the aid of electronic components.  The company offers two models: the NRR26 and the NRR31.  The devices are built almost entirely of a plastic polymer, which feels hollow, and is designed so for a reason.  The two chambers seat on the outer ear, though actually feel like they are resting just inside the ear.  Sound waves — following the path of least resistance — track inside the chambers instead of into the ear canal. The SensGard units feature a fully adjustable headband and replaceable foam ear cuffs.

While the SensGard hearing protection appears quite basic in design, apparently a good amount of research went into its development.  After fleeing Poland during the German invasion before receiving his degrees, Dr. Jozef J. Zwislocki — an authority on sound physics and ear anatomy — developed what has come to be known as the Zwislocki Ear Muffler (ZEM) technology.  The ZEM design is considered Noise Canceling Hearing Protection in which the internal channels coming from the earpiece dampen and cancel sound.  You will see similar hearing protection under the ZEM branding. 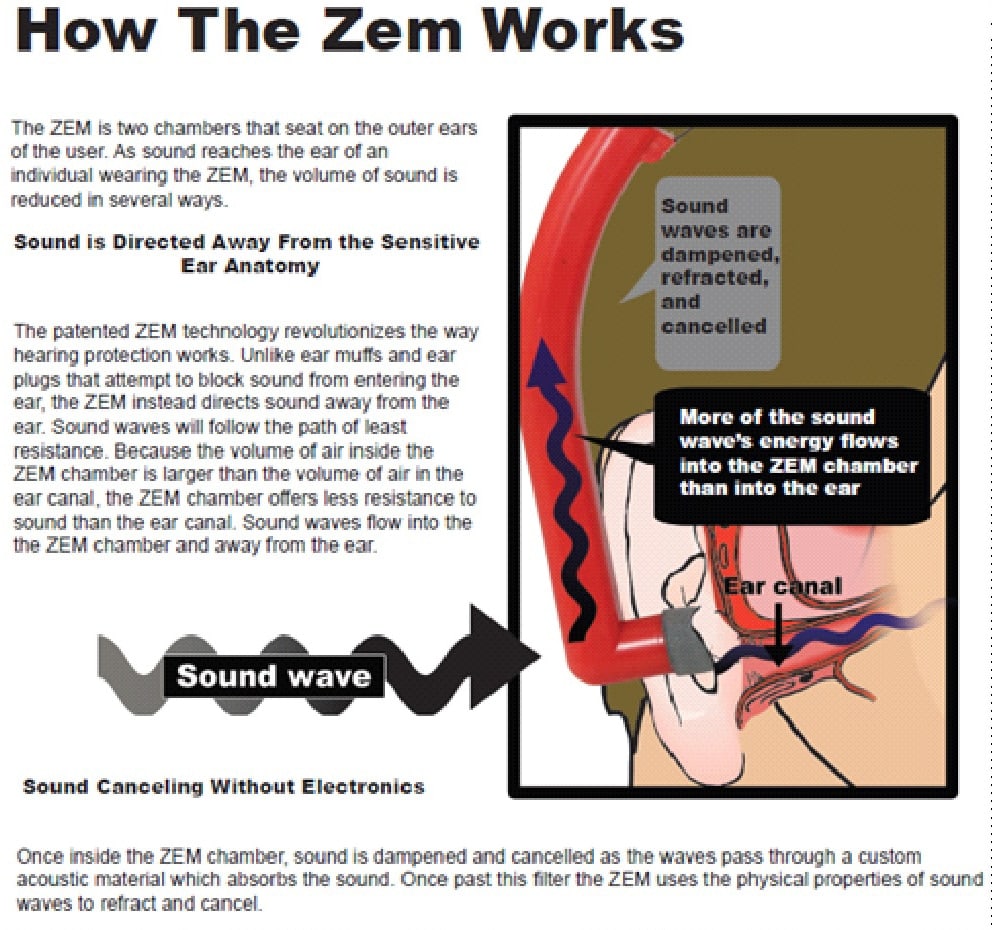 We tested the SensGard with rifles, pistols, rimfires, shotguns and even a chainsaw for good measure.  The SensGard is excellent at allowing the natural sound and normal speech.  In fact, it handles that aspect much better than electronic hearing protection which — regardless of how high-end you go — has some degree of tinny-ness.  SensGard technology eliminates the need to worry about batteries or to wonder whether you remembered to turn off the electronic muffs.  Furthermore, who amongst us has not spent hours wearing sweaty large electronic muffs in the middle of summer?  While we did not get to test SensGard in terribly hot weather, I can nonetheless appreciate the value of its design in keeping the user cool.  In terms of passive hearing protection allowing normal sound, this is no doubt as good as it gets.  Period.

When examining its physical properties, the SensGard headband system is light, folds incredibly compactly and even comes with several additional sets of foam ear cuff covers.  Not only is it nice that they provide spares, but that also allows the user to share hearing protection without sharing, well, other ear things.   One thing that detracts from many forms of hearing protection is the high and clunky profile.  Anything other than low profile hearing protection does not allow me an adequate cheek weld.  That’s a moot point for the SensGard, as its super slim design does not interfere in any way with mounting the weapon.

As much as we discuss its uses in the firearms world, SensGard would seem to really excel in other applications as well — industrial work wear, machine operations, and I did enjoy wearing them while revving up the chainsaw.  And before I forget, SensGard gets major brownie points for making their products in the USA.

The rest of the story

While the SensGard protection is undoubtedly cooler, I personally am just not as comfortable on a full-day shoot with something inside my ears, as my ears tend to get a little tender. If you don’t mind a foam-type plug, you will probably adore these things. Perhaps a slightly smaller size foam earpiece would have made things more comfortable, but perhaps that would alter the ZEM technology. That said, it’s definitely worthwhile on a hot day not to have to wear ear muffs/ear saunas.  I love my electronic low-profile muffs and would be hard-pressed to switch, but I will keep SensGard in my shooting bag for that reason alone.  Having tried just about every form of hearing protection on the market, I just can’t go back to any that doesn’t allow the flow of natural sounds. That puts SensGard on the short list. 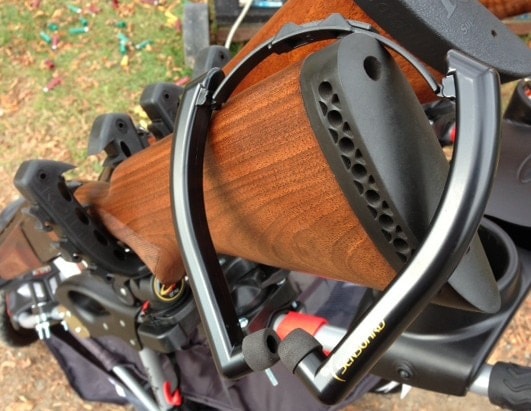 SensGard is adjustable and fits over the butt of a rifle. (Photo by Kristin Alberts)

Though I can’t accurately speak to the long-term durability of SensGard — as review time simply does not allow months of hardcore testing — I am somewhat suspect of the durability.  While the frame is incredibly lightweight, it seems a tad on the fragile side.  Keep in mind this is coming from someone who often just throws their hearing protection into the range bag along with brass, shells and choke tube cases.

SensGard is fully adjustable at the top of the headband, and the packaging gives instructions for properly fitting the device.  Perhaps it’s just the shape of my head, but I noticed that no matter how I adjusted it, the SensGard moved around on my head while in active shooting scenarios.  While they were fine on the bench, at the range, and even on the skeet field, action shooting and even sporting clays caused some shifting of the headband, though that did not affect the sound protection.

Speaking of sound protection, we tested both the 26 and 31 decibel models, and while I didn’t notice an obvious difference while shooting most firearms, I did feel uncomfortable and not adequately protected when wearing the 26s while shooting both large bore rifles and large caliber handguns.  However, both SensGard units were great while shooting a round of skeet with a 20 gauge and equally capable while plinking with the .38 Special, 9mm and .223.

When balancing the plusses and minuses of any product on the market, it’s important to be mindful of the design’s intended purpose.  The SensGard does indeed do what it claims in most situations.  If you desire lightweight, cool, battery-free, natural-sound-allowing ear protection, then you must give these a try.  I am really riding high on any hearing protection that allows for natural sound and SensGard does that better than any other.  SensGard openly states in their promotional materials that they “believe so strongly that users will love our product that if they aren’t satisfied we’ll refund their money.” So if you’re looking for a new form of hearing protection, give the American-made SensGard a try with confidence. SensGard can be found for $29.99.