The Springfield Armory M1A is one hell of a hard hitting rifle.  The .308 round is capable of long range accuracy with devastating terminal ballistics.  The venerated battle rifle, at least in its most basic form, comes set up with iron sights.  But what about those of us who need a little bit more?

A scope helps.  But that’s not what this article is about.  First, let’s talk about the scope mount.

I’ve set up a few scopes in my time—but this one is by far the most complex.  Usually, scope mounts are almost brainless.  Not the 4th Generation.  The construction seems basic enough; a slab of aluminum with a machined picatinny rail.  This is fixed to the receiver with a couple of hefty bolts. 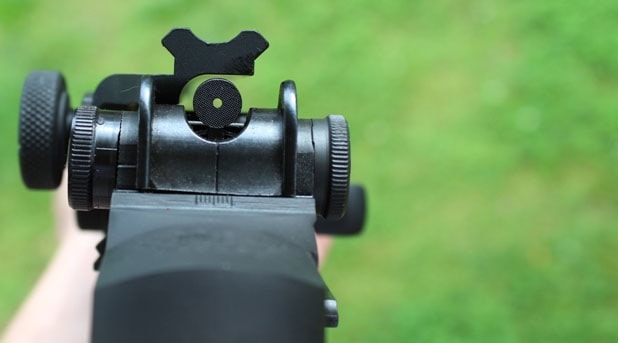 The side mounted design allows for the use of iron sights under the actual scope mount.  Nice touch.

The instructions for mounting the mount are epic.  They begin with disassembling the rifle.  With the receiver clamped in a solid vise, the stripper clip guide needs to be removed.  Punch out the retaining pin.  Slide the block from the dovetail.  The rear of the scope mount will slide back in the dovetail—though you may have to do some file work to insure a proper fit.  Then tap the pin back in.

Next, affix the bolts.  This gets interesting.  The scope mount “mates” to the receiver.  While part of this is accomplished with the bolts, it helps to have a hammer with a nylon face.  Proper mating requires a bit of brute force.  Don’t be shy.  Hammer on the side of the mount (not the top).  Then tighten the bolts.  Then hammer some more.  Tighten some more.  Rinse, repeat.  Repeat until there is no play. The scope mount will conform to the side of this one receiver.  Like swans—mated for life. The newly mounted mount won’t mount quite right with any other M1A.

Then reassemble.  Shoot a magazine or two of .308.  Test the bolts again.  Hammer some more.  Tighten.  Hammer.  Shoot.  Hammer.  Tighten.

It actually isn’t as daunting as it seems.  And it is a fantastic way to test out your home gunsmithing skills.  I felt oddly confident after I had it attached, like I could tackle anything.

And it is worth it.  After all—how far can you reliably shoot with iron sights?  I’m not talking about just ringing a gong.  That has its place.  But what if you wanted to take down an elk at 300 yards?  I would not attempt it with iron sights.  Unless I was really hungry.

Shooting the M1A with iron sights is easy enough.  I could pick off tin cans at 100 yards easily.  Yet with a Leupold FX-II, that same distance was nothing.  I’m talking nice tidy groups. Why does it have to be so difficult to mount a scope on this type of rifle?  The answer is simple.  It wasn’t originally designed for use with a scope.  This is a battle rifle.  This battle rifle was used in a time when scopes were far more fragile than they are today.  And the assumption was that the enemy would be close enough for iron sights.

So the scope mount feels more like an afterthought.

This is history.  This is a gun designed by men who were facing some wild unknowns.  The lighter rounds of assault rifles were not well accepted (at least by the American military).  The Soviets had already mastered the AK-47, but we were lagging behind in our development of assault rifles.  Designers knew that engagements would be close enough for iron sights.  Yet they couldn’t give up the punch of the bigger rounds.  Less firepower seemed less effective.  And they were slow to accept anything that seemed less effective.

Have there been improvements in rifle design?  Of course.  By the time the M14 came into service, there were already better guns (for general use by infantry in the fights they were fighting).  But there have been notable improvements to this actual platform.  Springfield Armory’s M1A is only one example.  If you want serious options for optics, with the firepower and function of the M1A, check out the Socom II version of the gun. 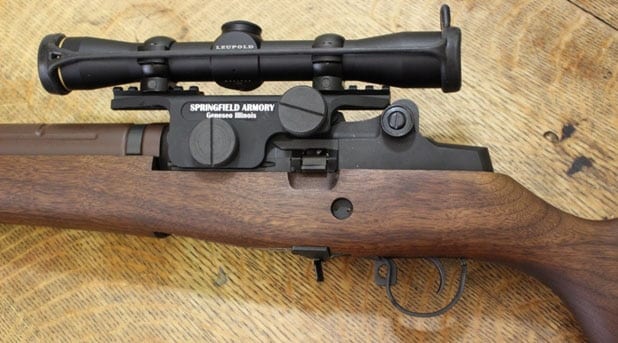 After living with the M1A for a while, I have a greater appreciation for the AR-15.  Hear me out.  The .308 is just so big.  Heavy.  It’s overkill for many applications.  The M1A with iron sights feels like an absurdly heavy short to medium range weapon.  For this purpose, the gun’s iron sights are ideal.  Perfect.  But a .308?  That is one hell of a round for close quarters combat.

The real potential of the .308 is the ability to shoot long range.  And the scope mount for the M1A makes this possible—thus getting shooters one step closer to realizing the potential of the gun: one rifle that can do anything you ask of it, at any range.