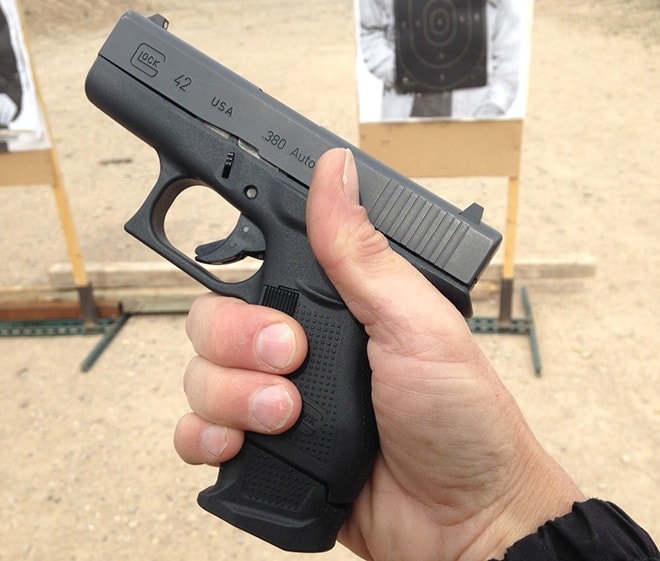 The long-awaited arrival of the Glock 42 and later its descendant the 43 was met with now-historic disappointment over the six-round magazine capacity of each weapon.  Strike Industries stepped in with a solution—magazine attachments that add two rounds to the factory magazines of these single-stack handguns.  It was with anticipation of overriding these dependable guns’ famous flaw that we tested two extensions on two different Glock 42s with their original magazines. 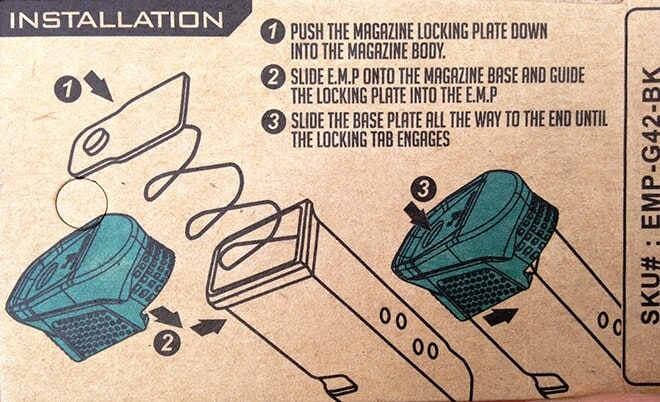 Instructions for the Strike Industries’ EMP for Glock 42 and 43 pistols. (Photo: Team HB)

Strike Industries calls this product the EMP, for enhanced magazine plate.  The price is $11.95. Our Glock-carrying review team happily purchased two black ones (they also come in pink) with the intent of using them for everyday carry after reviewing.

The EMP is attached by removing the factory baseplate and sliding on the replacement. Installation took approximately six minutes on the mag of the first gun tested, and about ten on the second. The hardest part of installation is removing the original floorplate, which requires leverage to the point where it’s easy to envision it breaking. Installation itself was easy. Instructions are both pictured and written on the box. 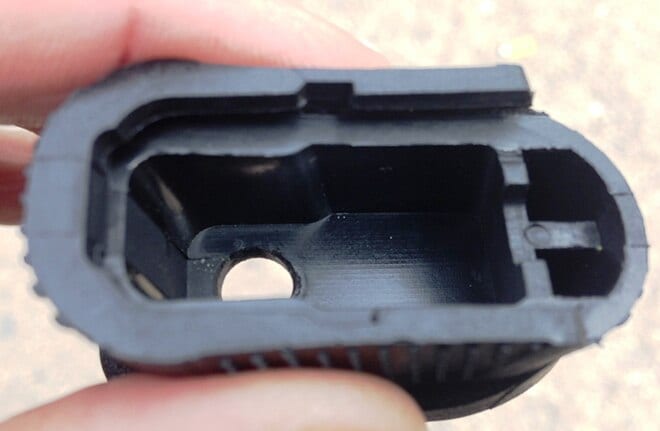 One design feature that may prove a hindrance to some is the narrow gap where the extension meets the backstrap. To this reviewer, who carries primarily appendix/inside waistband, it’s a minor cosmetic matter. To others, it potentially could catch on clothing.

The device looks and feels nice. The raised-dot finish is a perfect match to the Glock grip.  The shape is just right, continuing the gentle curve of the grip and facilitating concealability. It adds no perceptible weight while providing a longer grip. It thus eliminates the annoyance of a dangling pinky finger for shooters with large hands. 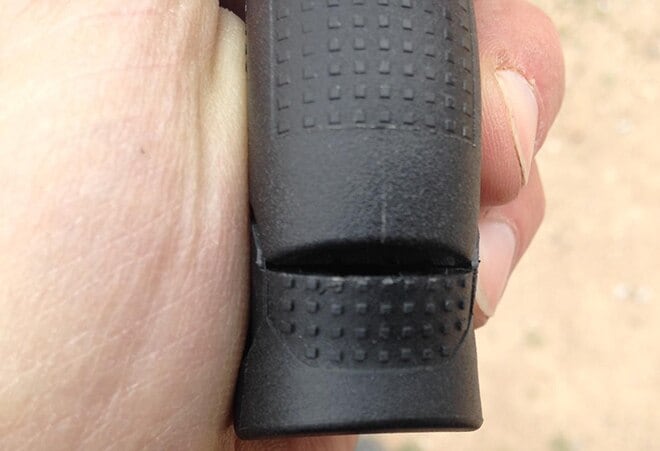 Detail of gap between backstrap and extension. (Photo: Team HB)

Live fire testing changed our team’s initial enthusiasm to disillusionment. Having nine (8 + 1) rounds on board would have been a great confidence-booster in concealment gear—if rounds would feed dependably. When starting with a full load of eight rounds, both Glock 42s fired the first round as expected, and showed 100 percent failures to fire the second. With one gun, all of the misfeeds were failures to eject—either a stovepipe or empty brass remained lodged in the chamber.  With the other Glock, ejection of the first round did occur for all but one of approximately 20 tries, but the second round failed to feed at all.  All remaining rounds after #2 fired consistently. When we loaded just seven rounds instead of eight into the EMP-outfitted magazines, perfect performance returned. 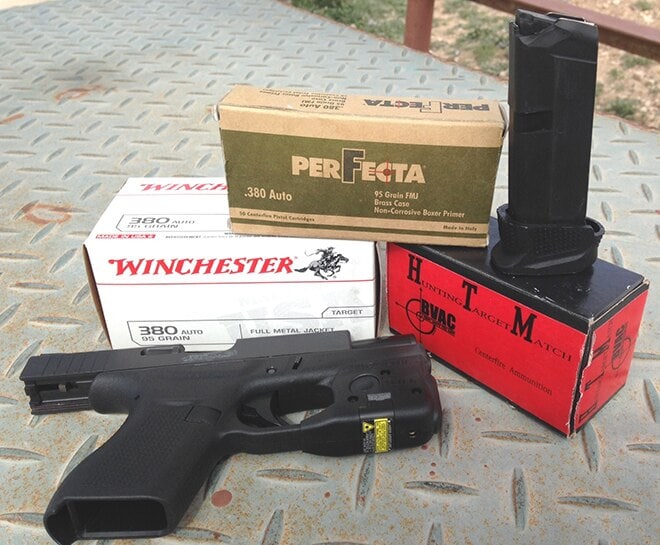 All of this ammo misfed on the second round. (Photo: Team HB)

Both of these Glocks consistently fire the three brands of FMJ ammunition when running factory magazines.  Both guns have been tested extensively, and the one brand of ammunition that has proven a problem, Fiocchi, wasn’t used in the EMP test.

Strike Industries is based in California and US-veteran owned.  When asked about production, CEO Garrett Keller stated “we own the factory in Taiwan,” and indeed the box is stamped made in Taiwan. 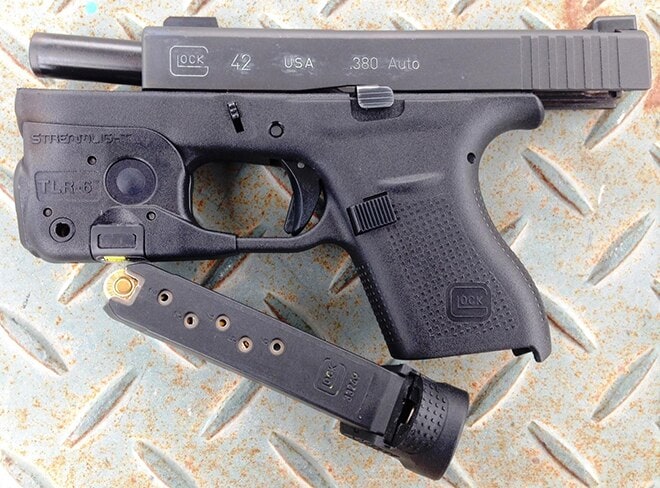 The conclusion of our test is that anyone wanting extra rounds for their Glock 42 test the EMP or any other aftermarket extensions, and, if the gun is being used for concealed carry or backup gun competition, only carry what the device will manage dependably.