Strikemark’s GoPro mounts come in three basic styles.  All are made from aluminum, and are milled for that delicate balance of strength and weight reduction.  The tolerances are tight and the anodizing provides a nice satin black finish.

The GoPro camera arm snaps into place with just the bare minimum of force (which insures that it won’t fall out when you’re running around). 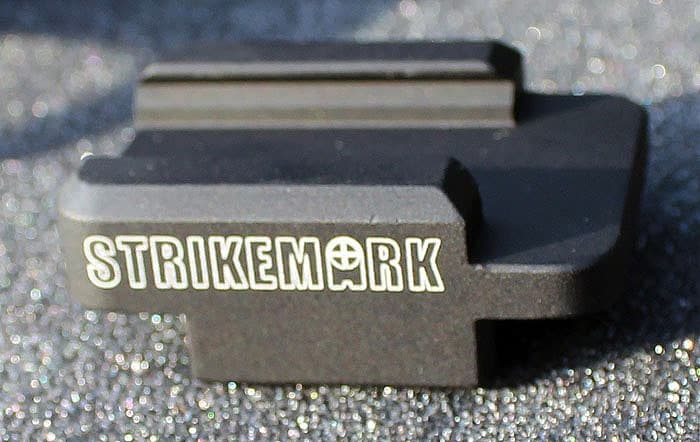 The mounts all connect from the bottom with a small threaded bolt that snugs against the rail and holds the mount in place.

The Cantilever mount is my favorite.  I find it to be the most useful (though it is also the most obtrusive).  It attaches to rail in a perpendicular fashion and allow for a solid mount off the side of the gun.  This is useful for seeing down the barrel of a long gun toward the target.  Or, with the Camera turned around toward the shooter, you get a rare perspective of your own technique while you are shooting. 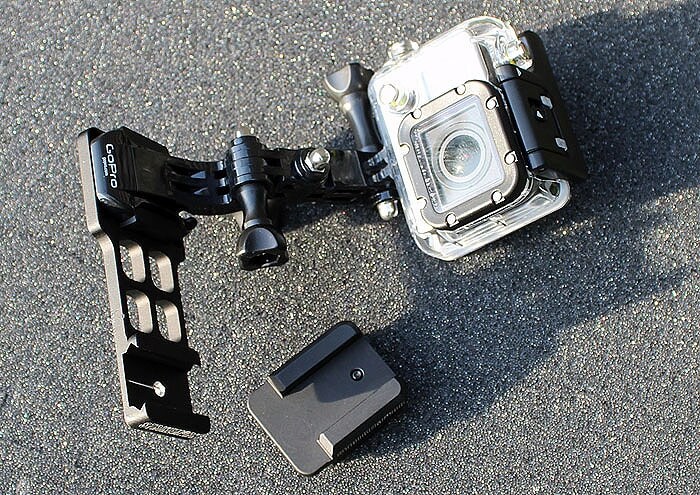 The Deluxe mount is much smaller.  It is most useful for mounting a camera directly below the barrel.  This can produce dramatic video if you are shooting at reactive targets.  The mount could also be placed on top of an optic (if you had a section of rail above a scope.  Mounting the basic on the normal top rail works, but blocks your sight picture.

The Pistol mount is very similar to the Deluxe (which will fit on some pistols), but is meant for guns with smaller sections of rail.  Just as useful as the others, really. 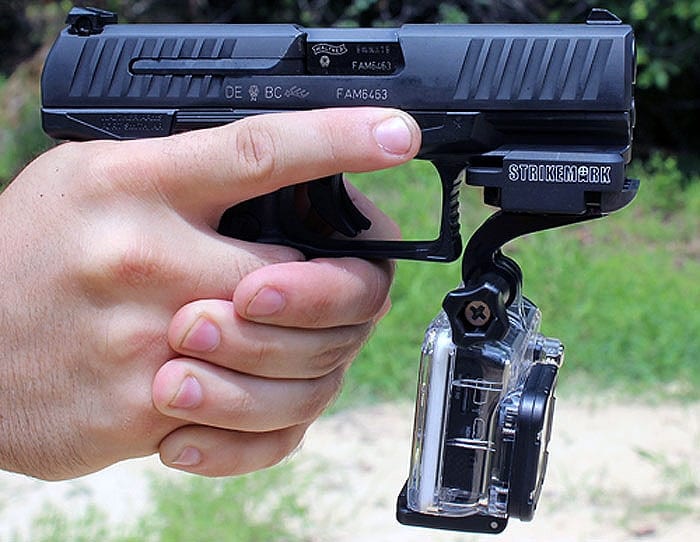 Shooting with the GoPro

There is a very steep GoPro learning curve.  I bought my first one a month ago and expected to be making stunning surfing videos, and epic skydiving shorts.  Alas, no.  In fact, I’m going to have to practice.  In the video below, we are using the Mossberg 464 SPX, the FNX Tactical, and the Walther PPQ.

But the GoPro has some serious potential.  I’ve seen great examples of hunts filmed with the GoPro.  It is an amazing tool for training.  And it is a solid way to capture anything gun related on video.  Right now almost all of the practical uses I’ve seen are casual.  But as the cameras get smaller, and better, there is a tremendous potential for the GoPro to be used the was LEOs use dash-cams. 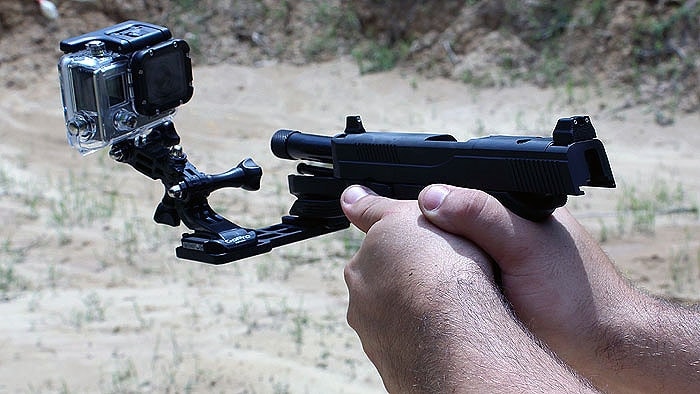 But right now, the GoPro can be a bit obtrusive.  The Cantilever Mount can block a good bit of your field of view.  Not such a big deal on a hunt, but not a good idea for combat.  With the camera under a rifle, though, there is a bit of bulk to deal with, but nothing else.  The Basic mount works great for that. 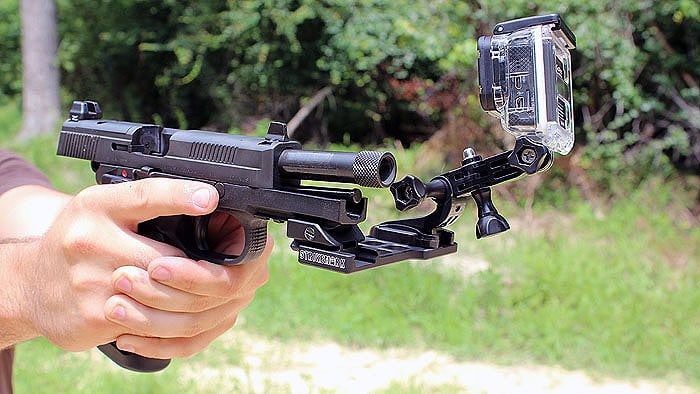 The Pistol Mount is unobtrusive, but the added weight of the camera is noticeable.  But only for the first magazine.  The added weight under the barrel actually helps with recoil.  The video it generates jumps, ever so slightly, with each shot.  The Cantilever can be used on a pistol, though it does shift balance.

There was only one downside that I found during this review, and it should be called “user error.”  I put the Cantilever mount on the Mossberg 464 SPX, and tightened it down. 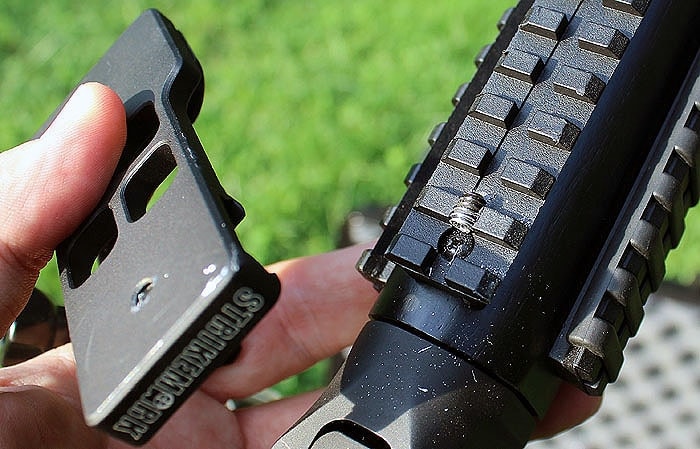 But I managed to get the threaded bolt lined up with the rail’s screw.  Without realizing what I was doing, I fought the loose connection, overtightened the Strikemark, and stripped it.  No big deal.  I can tap a new hole in the aluminum, easily enough.  And I’ll pay more attention to exactly where I’ll place it on the rail.

Check out this video from Strikemark.  They have a great page of videos.  They clearly have more experience with the camera itself.  They’re work looks much better than my first efforts.  But rest assured we’ll figure it all out.

This Strikemark mounts are a fantastic way to mount a camera.  The Basic, the Pistol, and the Deluxe all sell for $29.95.  The Cantilever mount is $49.95.  They are a rock solid way to conveniently preserve the experiences formerly known as memories.