I almost always enjoy myself when I go to the range.  More often than not, I shoot at paper targets or steel plates.  Every now and then I will work in some other reactive targets, mostly bowling pins.  I’m privileged to have land on which I can shoot and access to a great range (where I’m frequently the only one shooting).  I can move freely when I shoot, but what I am shooting at is almost always stationary.

And that is a problem.  I am not an accuracy junkie.  While I like shooting tight groups with accurate guns, I prefer drills that simulate defensive shooting scenarios.  That was what drew me to shooting in the first place. And stationary targets have the serious limitation of being stationary.

But there’s a new solution to this problem.  Target is Moving combines traditional range skills with the added benefit of some movement.  The battery powered motor swings a cardboard cut out through a wide arc.  The result is a target that travels through more than 3 feet of physical space, enough to pose a serious challenge. 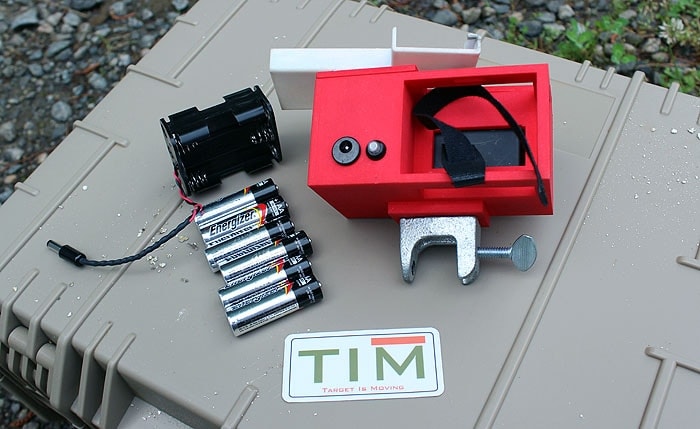 The motor, which runs on six AA batteries, can move the rocker arm in a predictable, slow arc, or an erratic random pattern of jerks and stops.  At the slow speed (where I highly recommend you start), the target is still hard to hit.  The circle on the end of the cardboard cut-out is 6 inches across, perfect for a stick on circular target (which means one cardboard arm will last a while).

The targeting system is available with a remote control, or without.  The remote is really useful, as it allows you (or a partner) to vary the speed and pattern without walking down to the target, or having to bring the target back to you (if you’re at a range with a pulley system).

Don’t shoot the motor housing.  That’s a good rule of thumb. It is easy enough to attach to a cable or a pole.  The simple bracket on the back has a bolt that can hold it in place.  We used the bolt and a pair of vice-grips to attach it to an old target holder.  It worked perfectly.  The movement was more vertical than perpendicular, but it still provided an excellent challenge. 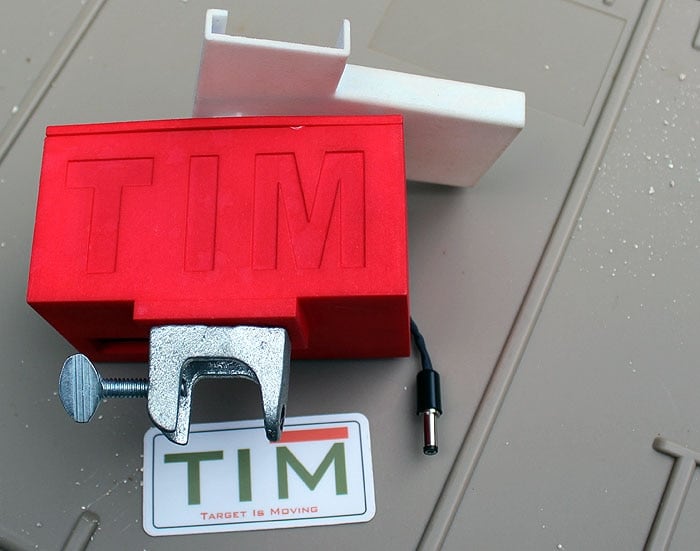 The motor is strong enough to move the cardboard arm from any position.  The system works with the target hanging down, or sideways.  It could even work from behind cover, upside down, so the target appears and disappears.

We ran a number of guns through the various drills.  The Walther PPQ M2 is a sturdy 9mm.  It is small enough for concealed carry.  At a distance of about 21 feet, and with the T.I.M. target moving slowly in a regular pattern, we were all able to hit 90 percent of the time, at least.  At faster speeds, the ratio of hits and misses evened out. 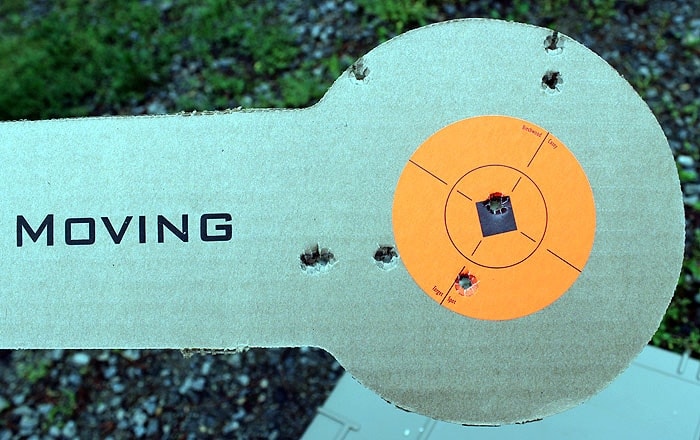 But it is a 6-inch target.  That’s very small.  Head-shot small.  I found that there were two useful ways of approaching the target.  The first is to hold on a point in the arc and time the rise or fall of the target.  The other is to follow the target, taking rapid shots at every opportunity.

It is harder still when you add your own movement.  Targets move.  That’s a fact.  But you may well be a target, too.  Most of the time I’m planted, feet and shoulders squared.  At 6 foot 4 inches, I make an easy target.  The T.I.M. system is great because it allows you to shoot a moving target.  But if the range allows it, you should be moving, too.  That increases the difficulty and the practical benefit of the exercise. 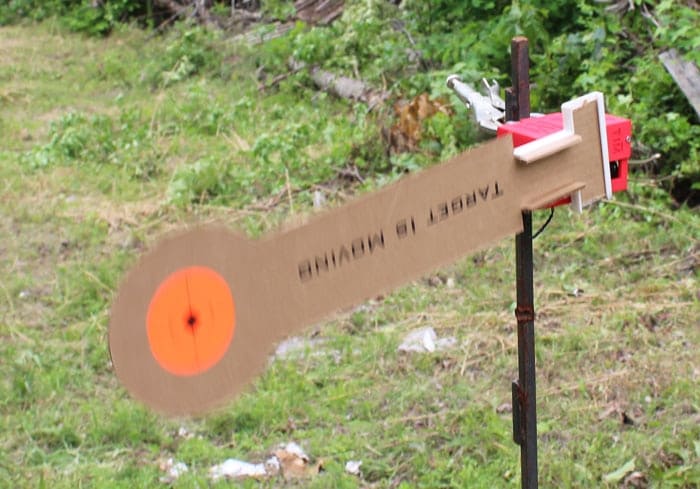 If you really want to hit the target, get a Trijicon RMR and put it on a Beretta ARX 160 chambered in .22LR.   After we had all had our practice with the Walther, we ran the Beretta.  Not even remotely challenging.  The RMR’s red dot makes target acquisition feel instinctual.  And it increases my speed on the trigger exponentially.

The T.I.M. system sells for $349.99, or $499.99 with the remote control.  At this price, you would think that it would be a no-brainer for any range.  A good piece of angle iron in front of the housing will keep it running indefinitely.  And there is very little that can go wrong if you don’t shoot the housing. 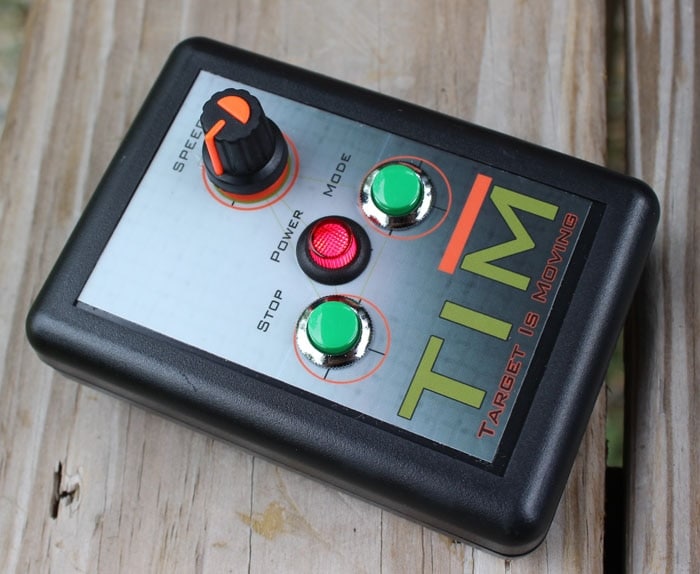 But the price tag shouldn’t turn off the rest of us.  The system is so easy to install (literally in seconds), that it can be set up on the fly.  And it can be run inside, and used with laser targeting systems.    That way, shooters get more use out of the device.  And more practice.  And it can be shot from defensive distances, or from long range.  With rifles, pistols, lasers — The possibilities are endless.  Check out the T.I.M. website for more information.