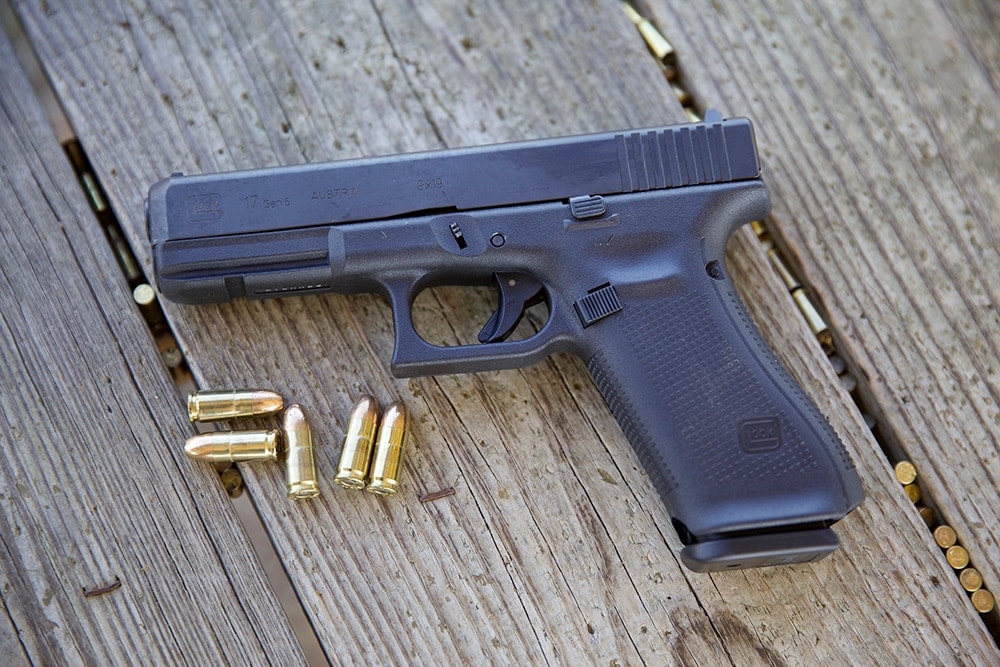 What ammunition goes into a carry or self-defense gun matters just as much as what gun you’re carrying. (Photo: Jacki Billings/Guns.com)

A critical element to any self-defense or concealed carry set-up that is often overlooked is the ammunition fueling the firearm. A key component in winning a gun fight, choosing the right ammunition is vital to ensure survivability. Combing through the copious amount of ammunition available to 9mm pistol shooters can be overwhelming which is why Guns.com has pulled together our top picks for the best self-defense ammunition in the 9mm caliber. We examined factors such as penetration, expansion and velocity courtesy of Lucky Gunner and Tnoutdoors9 to evaluate each brand’s efficiency. In no particular order, here is our round-up of the best self-defense ammo for 9mm pistols.

Federal kicks off our list with two of its most notable self-defense ammunition series – the Hydra-Shok and HST. The Hydra-Shok has stood the test of time, earning respect and loyalty from gun owners who have carried it in their self-defense guns for years. The Hydra-Shok boasts a center-post hollow point design for both consistent performance and penetration. Offering 124-grains, the Hydra-Shok load has a muzzle velocity of 1,120 feet-per-second with 19.4-inches of penetration. All-in-all, out of five total shots the Hydra-Shok produced a median expansion of 0.438-inches in diameter.

Federal Hydra-Shok can be nabbed in boxes of 20 for around $25.

Hornady’s XTP is part of the ammo maker’s Custom series ammunition. Designed to give a hand-loaded feel to factory loaded ammunition, Hornady focused on bringing controlled expansion to the hollow point round. Touting accuracy paired with power, the XTP 9mm in 124-grain load provides a muzzle velocity of 1,110 FPS. The XTP offers a penetration depth hovering around 19.7-inches with expansion at 0.447-inches in diameter.

Remington’s Golden Saber recently saw a revamp with the introduction of the Black Belt series, but the 124-grain Golden Saber itself is somewhat of a staple. With a reliable expansion that meets consistent penetration, the Golden Saber has proven itself as a stalwart in the realm of self-defense ammo. Offering a velocity of 1,125 FPS with penetration of 17.4-inches and a 5-shot expansion median of 0.381-inches, the Golden Saber falls well within the FBI’s accepted standard of 12 to 18-inches of depth.

The Golden Saber is available in 20 round boxes with prices starting at $21.

Winchester’s Defender lineup offers a contender created for self-defense scenarios. The PDX1 utilizes a proprietary bonding process with notched jacket to maximize results on target. This 147 grain load delivers a muzzle velocity of 954 FPS with penetration hovering around 20.4-inches. A 5-shot median shows an expanded diameter of 0.523-inches.

What we’d term an industry standard, there’s a reason Speer is often associated with law enforcement and self-defense ammo. The company has worked tirelessly to provide solid ammunition to concealed carriers and those looking to protect their hearth and homes. The Gold Dot features a hollow point design with muzzle velocity of 985 FPS. Offering a penetration depth of 16.7-inches, Speer’s Gold Dot in 147-grain load delivers a median expansion range of 0.424-inches.

While Guns.com has provided our top picks for 9mm self-defense ammunition, it’s always important to test individual ammo against your own specific carry or self-defense gun to ensure it offers reliable, consistent performance.