Get a Grip on Midwest Industries AK-SS Universal Handguard

The Arsenal SLR-106 (like almost all of Arsenal’s stock AK rifles and pistols) has polymer furniture.  The forend is easy enough to hold, but it doesn’t offer much for those who want to accesorize.  Swapping it out is one of the first modifications that should be made to any modern AK, but what to put in its place?

The first consideration for American shooters has to be 922r compliance.  As Arsenal makes their furniture here in the states, these parts go into the “American made” parts count that keep the guns in compliance.  Replacing them with foreign made parts may keep the gun from being compliant. 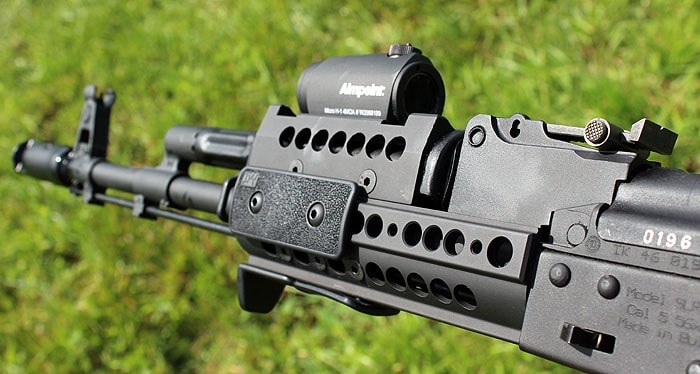 Midwest Industries has that part down.  As their name implies, they’re rooted in American manufacturing.  MI has partnered with US PALM (U.S. Primary Armament Logistical Manufacturing) to bring out the AK-SS Universal Handguard, a three piece unit that bolts in place on AK rifles and pistols.  It is made of aluminum and comes in a surprising number of available configurations.  The bottom of the rail can be longer or shorter.  The top sections come milled for specific brands of optics, or with milled rail sections.  The whole unit accepts modular pieces of rail, or polymer grip sections. 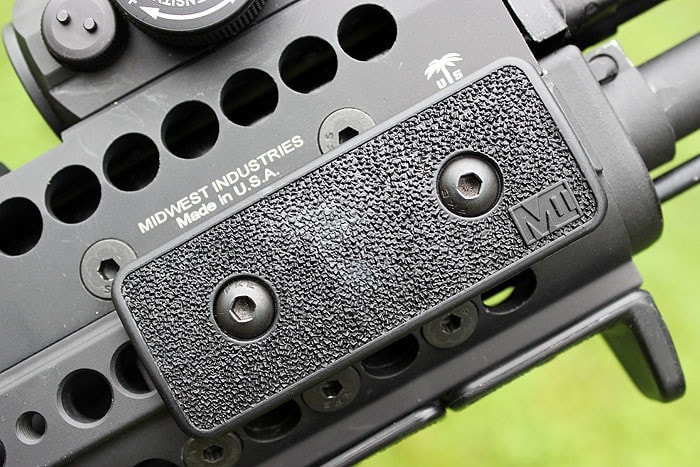 The holes in the aluminum are there for heat distribution, aesthetic unification, for attaching QD slings (in five places), and for attaching the modular polymer cover sections.  They also reduce the weight to just 9 ounces.  With all of the available ways this forend can be configured, you can attach anything to the AK that you could attach to an AR. 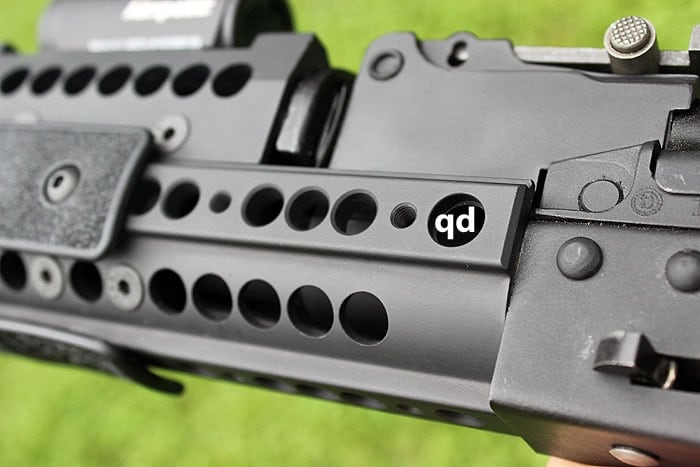 Installation begins with the removal of the existing handguard.  One the top is removed, the bottom has to be twisted out of its steel support.  The first time you do this, it may seem impossible.  But there is just enough give to allow for the handguard to be removed with a hefty twist.

The AK-SS fits in its place.  Between the top and the bottom, a stabilizing block provides the rigidity needed to withstand the force of grip and recoil.  There are enough hex-bolts to allow for a gradual tightening that will really lock it down.  Seat each bolt firmly, and then tighten each just a bit more until the whole handguard becomes one monolithic slab.

I’ve put scopes on AKs. The only mount I’ve ever found that seemed even remotely functional was the Parabellum Armament Adaptive AK Rail Mount (and it works great).  But I’m not really all that interested in a scope on an AK.  I’d much rather have something faster.  I prefer red dots.  And the Aimpoint H-1 is ideal for the AK. 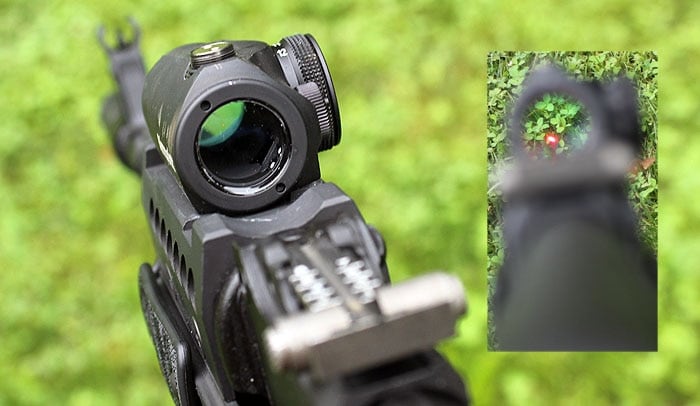 With the AK-SS, the H-1 is low enough that it can co-witness with the iron sights.  This is a real benefit, as there isn’t a convenient way to remove the H-1 from the AK-SS, should anything go wrong with the Aimpoint.  And the whole mount, even with the H-1, has a low profile.  This is much easier to move and carry than an AK with a scope.

The AK-SS top sections are perfectly tailored for their respective optics.  The milled front allows the H-1 to have a full field of view.  And the optic’s footprint fits exactly, just as it should.

So let your AK evolve

The AK-SS is a great way for fans of the AK to begin the personalization and customization that draws people to the AR-15.  While some of the old surplus guns derive their character from their vintage AK looks, the Arsenal rifles and pistols are distinctly modern.  They’re not museum pieces.  At least not yet.  The retirement of the SLR-106 (pictured here) may change that. 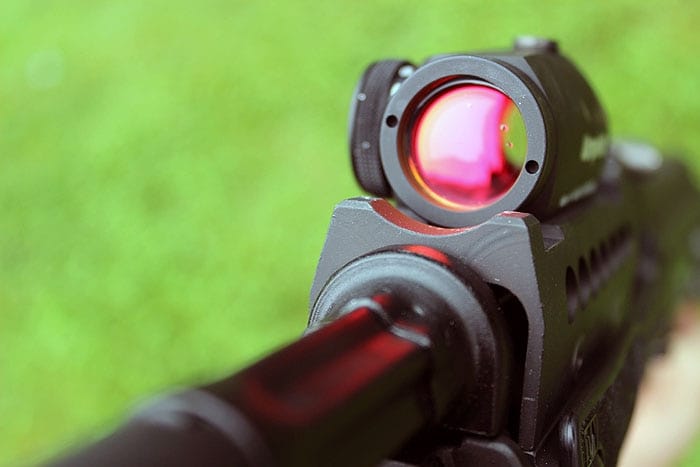 But AKs are extraordinary guns.  We don’t really give them the same respect we give the AR-15 in its various incarnations, but the AK stands alone.  I’m not talking about shooters, or political ideology — I’m talking numbers, service life, and ease of use.  The AK is a capable gun.  And with some add-ons, its performance can compare with the AR, too.