“Good artists borrow, great artists steal” is an adage the Russians certainly kept close to heart. So when the Soviet military was looking for a semi-automatic pistol to replace their aging stocks of Nagant revolvers, it was no surprise their engineers looked to the West for more than inspiration. One of their up and coming weapon designers, Fedor Tokarev, must have been a tremendous fan of the late, great John Moses Browning because his submission to the Soviet pistol trials, the TT-33, borrows a great deal from Browning’s FN 1903 pocket pistol. 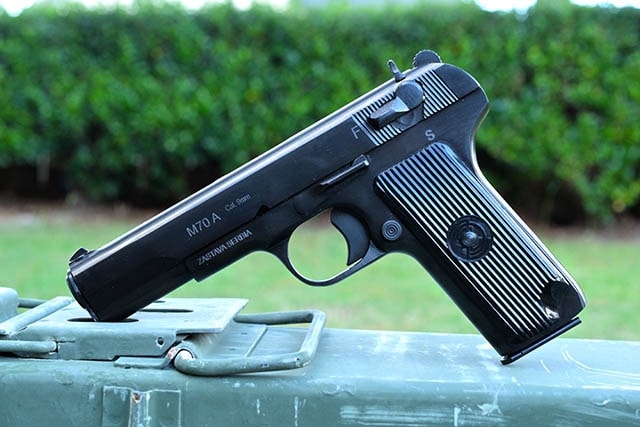 Though Fedor may not have arrived at the TT-33’s design by himself, he wasn’t content to simply copy the Western pocket pistol. He improved the design in several ways, least of which being the replacement of the 1903’s overly-complex trigger mechanism in favor of a drop-in, self-contained unit. If there’s one improvement Fedor made that Browning could have benefited from, that is it. Imagine being able to remove the trigger group from a 1911 the way high-end AR-15 rifles can.

Though the FN 1903 pistol’s greatest flaw is its anemic, .32 ACP cartridge. Fedor and his team abandoned the weak round to meet the demands of the Russian military. They instead chambered their handgun in Russia’s version of the 7.63 Mauser round, the 7.62x25mm cartridge. This bottle-necked .30 caliber bullet launches an 85-grain bullet at a blistering 1,720 feet per second! Compare that to the Browning’s original .32 ACP round, which propels a lighter, 71-grain bullet 600 feet per second slower, making it a poor choice for combat use. 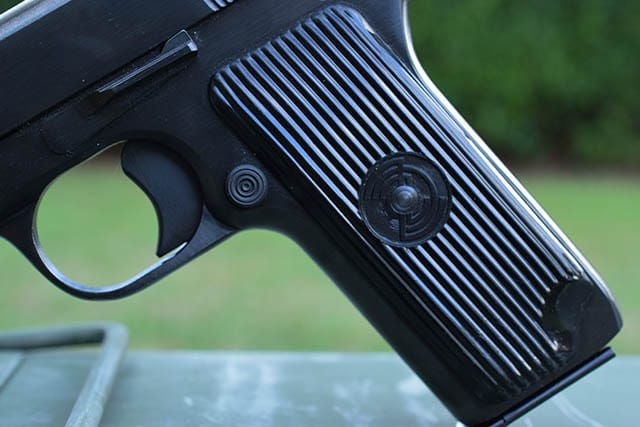 The grip on the M70A is slighter longer than a standard Tokarev pistol, and facilitates an extra round in the magazine (Photo: Jim Grant)

Just as the Russians stole their design from the West, so too did many satellite nations of the Soviet Union. Much like with the AKM and SKS rifles, most countries behind the Iron Curtain adopted their own slight variation of Soviet Military hardware, producing it domestically. All but one, that is. One nation throughout history has always gone its own way with weapons development. Always changing just enough about its weapons to prevent interchangeability and it’s Yugoslavia. Just as they changed the layout of the M70AB and NPAP rifles, so too did they alter the Tokarev pistol, or as they call it, the M70A.

Just like the Russian TT-33, the M70A is a breach-locked, single-action magazine-fed semi automatic handgun. It is available in both 9mm parabellum and the classic 7.62x25mm cartridge. The M70A is the latest model of Tokarev-style pistol from the Zastava arms factory in modern-day Serbia. This former Yugoslavian arms maker still produces military arms and ammo for Serbian army, while producing sporting weapons for export.

When shooters first handled the M70A, the first thing they notice is the grip angle. It’s a little steeper than most modern designs. When aiming, a shooter must straighten their wrist to achieve a proper sight picture. The next thing shooters notice is how thin the grip is. Using a single stack magazine, the M70A is remarkably thin. Even users with small hands find that the M70A fits them better than an M1911 or a Browning Hi-Power.

This puts the controls where basically anyone can reach them, making the pistol popular with smaller-framed shooters. Another plus for smaller shooters is the soft recoil of an all-steel, full-sized 9mm pistol. The downside of this is that the weapon is too long to effectively conceal. Which is probably why Zastava came up with their M88A to accompany it. 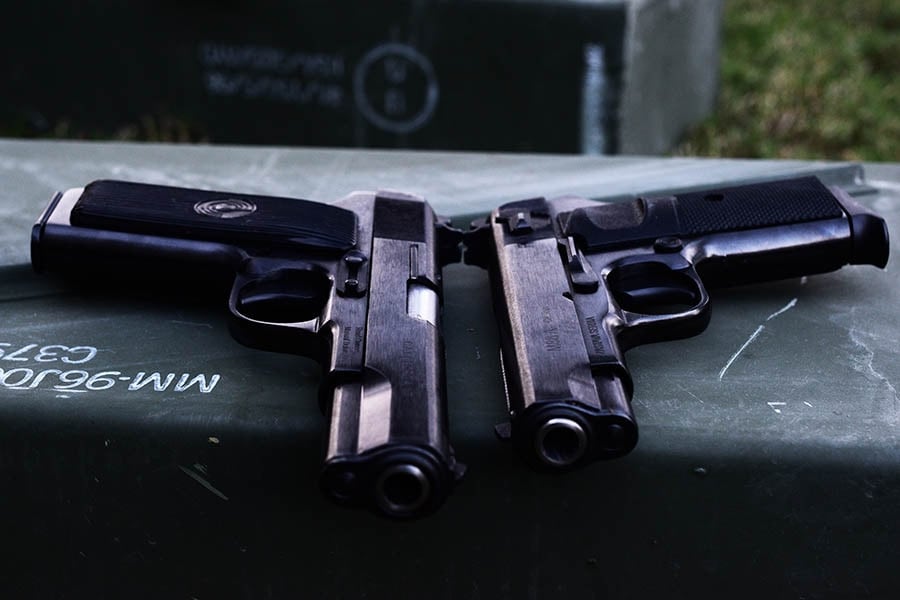 The Serbs also make a compact version of the M70A, the M88A. If you can’t decide which to buy, then just get both. (Photo: Jim Grant)

The M88a is a shortened version of the M70A pistol, that includes a handful of features that make it more suitable for concealed carry. The grips are thinner and more tacky than the M70A grips, and they include a thumb rest on both sides. The grip and magazine are shortened, but the M88A only gives up a single round of capacity. Additionally, the shortened magazine has a finger-rest base plate to give shooters more to hold on to and aid in extraction. The M70A and the M88A feature the same notch and post iron sights that look much more fragile than they truly are. 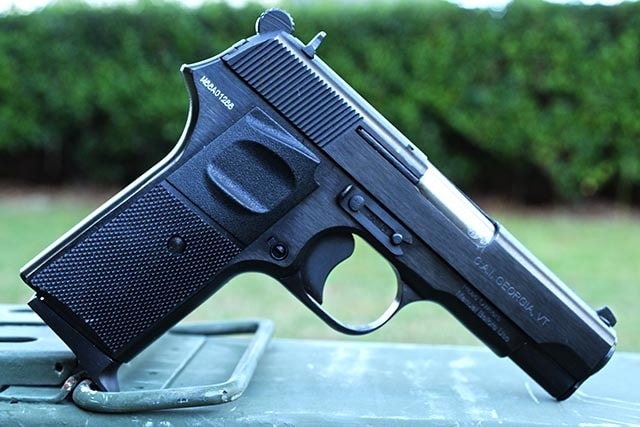 Both the M70A and the M88A include a frame-mounted safety and magazine safety. The latter of which prevents the weapon from firing without a magazine inserted. I’m personally not a big fan of anything that prevents my weapon from firing during a tactical reload, but some may find this useful.

Originally, the Tokarev pistol had no external safeties, but to satisfy import restrictions, importers used to add their own. Some of these looked like they were done with hand tools, others with rocks. While the new frame-mounted safety negates the need for this, it’s in a less-than-ideal location. Thankfully these new models imported by Century Arms arrive ready to ship to FFLs. 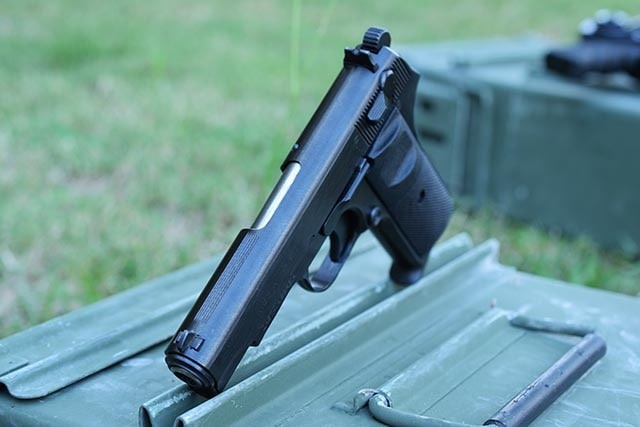 Accuracy on both pistols is good, grouping just under three inches at 25 yards, more than enough for self defense ranges. Though the M70A chambered in 7.62x25m, is slightly less accurate, and grouped just above 3 inches. Again, this is more than sufficient.

Overall with $317.85 MSRP for the full-sized M70A and $280.95 for the M88A, or “Baby Tokarev” these weapons are both incredible bargains. Most shooters would be hard pressed to find another military-grade semi-automatic pistol in a widely available caliber under $400. Given these weapon’s lower price points, they would make great truck guns or affordable first-time concealed carry weapons.