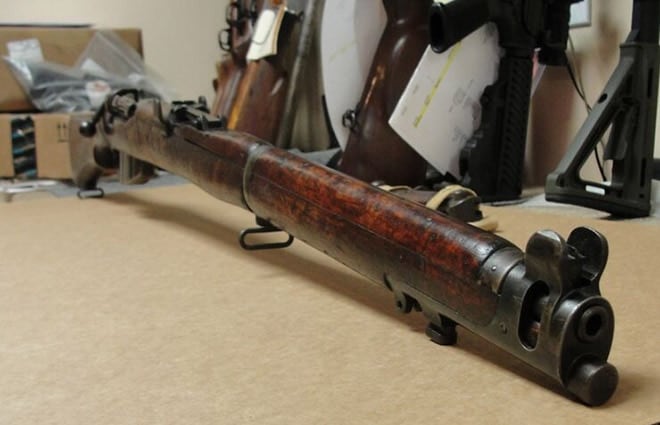 The Short, Magazine Lee Enfield (SMLE) was already being produced by the time World War I began — this faster shooting bolt action rifle is one of the tools that helped the allies win that war due to its reliability, expedient action and precision performance. 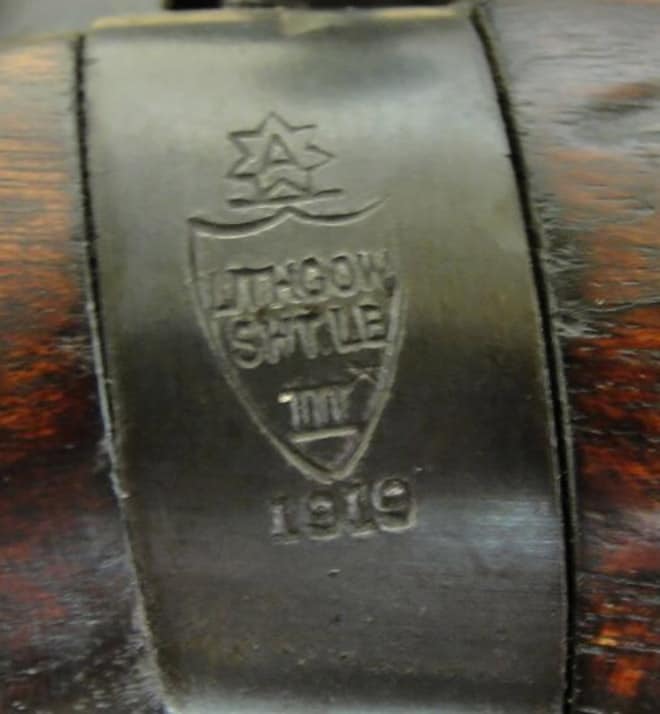 The SMLE No.1 Mk III was first introduced in 1907, and was a variant of an earlier Lee Enfield rifle. The manufacturers made periodic changes to these rifles in an effort to produce them as fast as possible during the peak of WWI. The main idea was to make them simpler, with less parts, mainly so they could be pushed out faster.

Also helping to keep up with the demand, was the use of different factories to include those in Britain, India and the Lithgow Small Arms Factory in Australia. This is where my rifle was manufactured back in 1919.

It is a common misconception that the “short” in its name refers to the size of the magazine. It actually refers to the overall length of the rifle, which measured right around 44.5 inches long. The Lee Enfields of previous years were longer and insufficient for battle, so they were shortened to be made more effective. 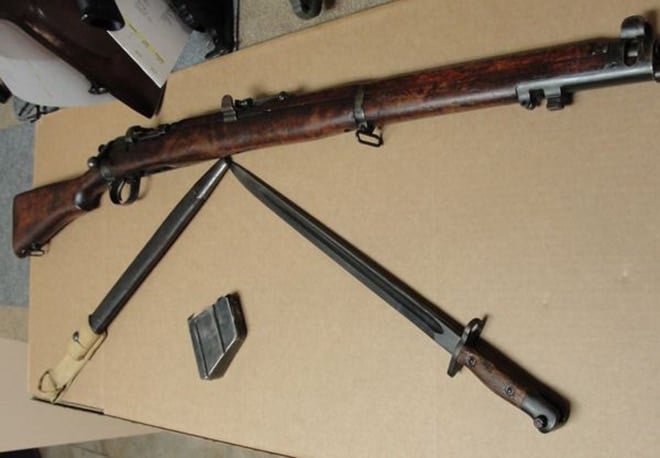 Forty-four and a half inch SMLE No.1 Mk III bolt action rifle with magazine and bayonets. (Photo: Joshua Gillem)

Overall, the SMLE was a better rifle than the one the Germans were using at the time. The SMLE’s detachable 10 round box magazine held twice as many cartridges and even weighed almost a half pound less, both of which aided in how rapidly a British soldier could fire. What’s more, the 25.2 inch barrel with a five groove, 1:10 left handed twist, was more than enough to get the .303 caliber projectile up to 2440 fps. 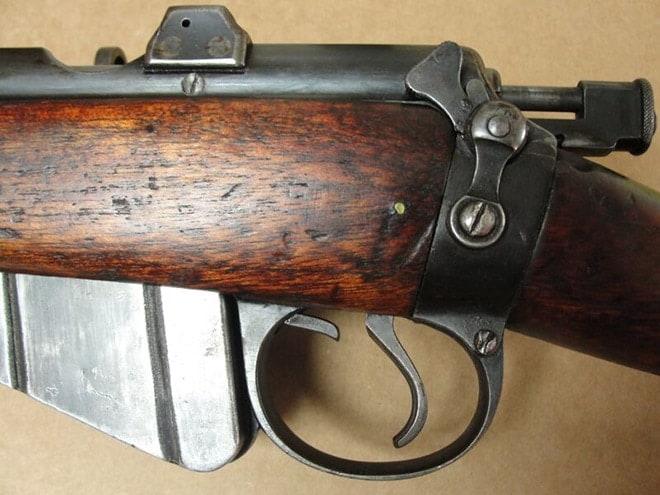 After the Great War was over in 1918, there wasn’t as much of a need for many new SMLE rifles to be produced. However, the Lithgow plant had a surplus of parts left over, so the factory stayed operational in a smaller capacity until rifle need picked back up around the time of WWII.

For the three decades leading up to World War I, firearms technology improved by leaps and bounds — it was during this time period that we moved away from muzzleloaded long guns, and toward bolt action weapons. The result – which would ultimately help win WWI – was a bolt action, magazine fed rifle that shot a devastating cartridge, the .303 British.

Over the course of the few decades leading up to the production of the Mk III, there were several different projectiles that were tested, before they settled on the 174 grain projectile that was used for the rest of the rifle’s career. Prior to that, bullet weight made it all the way up to 215 grains, with an extremely corrosive powder that tarnished accuracy after a short period of time as it destroyed the barrel’s rifling. 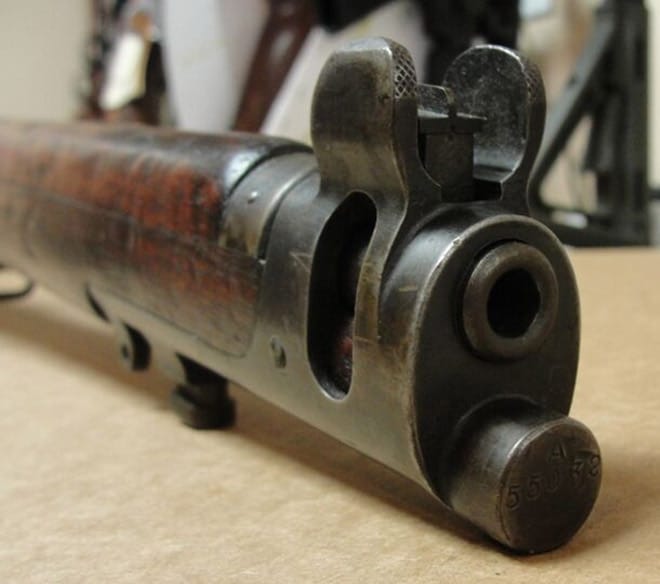 Close up of muzzle and front sight. (Photo: Joshua Gillem)

This 174 grain projectile, which was designated the MK VII, was propelled to a velocity of 2440 feet per second and is ballistically comparable to many of the modern day cartridges that today’s militaries use. On several recorded occasions, this deadly projectile, coupled with the fast action of the Lee Enfield SMLE and the professional British rifleman behind them, had the Germans thinking that they were under heavy machine gun fire.

The Lee Enfield SMLE helped play a vital role in bringing the Great War to a close, as countless British troops depended upon its accurate reliability during a firefight. It was an all around better weapon than what the opposition had, and could even be accurately rapid fired.

This heavy hitting rifle stayed in production until the mid 1950s, when its production would eventually cease. Along with it, went the .303 British as the Queen’s primary go to rifle cartridge. In the 1950s, 7.62 Nato was introduced and became the standard military round from that point on.

A few ammo manufacturers still make the .303 British, and a box of 20 rounds can be found for right around the $20 mark. That box of ammo, coupled with an inexpensive piece of war history, makes for a fine day at the range, as a decent Mk III can be found for less than $500.