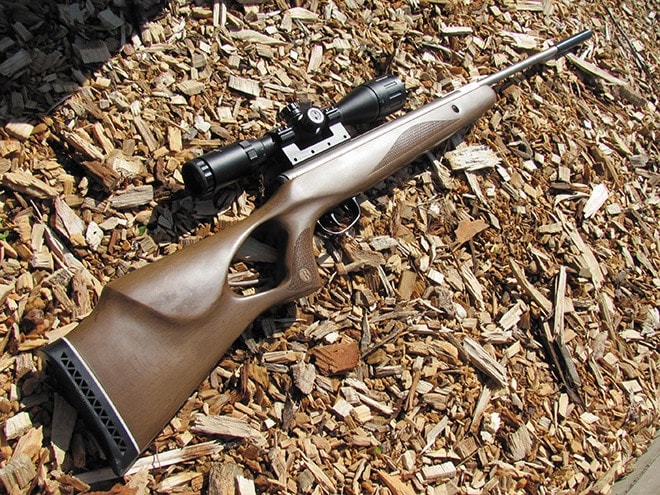 Unsurprisingly, buying into airguns is a lot like buying into firearms. There’s a bewildering range of options available and without help, it’s hard to decide where to start. And even with some help, your helpers might be pulling you in different directions.

Ideally, you pick up something that’s versatile, basic, and cost-effective without skimping on quality that lets you enter a hobby without spending a lot on a specialist product you might not want or need for long. This is the realm of the Ruger 10/22 or Marlin 795 in firearms. In the airgun world, the Benjamin Classic is marketed a bit like this. And while it’s a fine product in a vacuum, I don’t feel it’s a great starter gun because it’s not very versatile—in fact, it’s kind of in limbo as far as purpose goes.

The Benjamin Classic is a break-barrel, spring-piston air rifle in .22 caliber. It’s a hunk of metal and wood, weighing in at nine pounds with a length of 46 inches and an 18 inch barrel. The Classic comes with a very well-constructed thumbhole stock and mounts a 3-9x, 40mm objective variable power scope on top. It retails for around $280.

This is not a no-frills rifle. Aside from the optic, it also has some effort put into presentation. The wooden stock is engraved better than many of my firearm stocks, with very good checkering and fine finish. The metallic components have a dull finish as opposed to a brilliant chrome or blue, but the finish is good and even. Don’t let my example fool you—it’s quite old and the wear has been earned over the years, as well as being added on by some negligent users. The new in box example is pretty nice. It features a rubberized pad on the butt stock which obviously isn’t there for recoil but does help steady the rifle. There’s also not a lot of plastic on here, with a metal trigger, safety and trigger guard assembly.

The price reflects these frills. At almost $300, I have a hard time telling people this is an introductory rifle. But at least it appears to be a quality piece of work, and certainly has the heft of one.

Taking the Benjamin Classic shooting is a fine experience. It’s performance—again, in a vacuum—is acceptable.

In operation, there’s not much for the user to take into account; the barrel is pulled down to break it open, a .22 caliber pellet of your choice is inserted, and once you snap it shut the gun is ready to fire. A safety is mounted forward of the trigger inside the trigger guard, and you flick it forward to disengage. 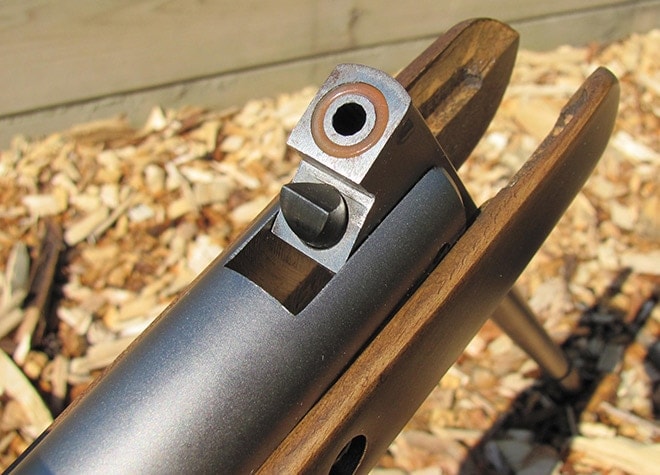 The trigger itself is not great. It has a huge amount of travel and feels rather mushy. The gun fires with a trigger pressure of four pounds, which is quite light, but needs a lot of movement. It’s not a benchrest rifle, but you can’t expect the world at this price and mechanism. The rearward travel is smooth so once you’re accustomed to it, it’s possible to control the trigger well.

The other key to a good shot is the sight picture, and the Classic’s default-mounted CenterPoint 3-9x scope is fine in this realm. It’s clearly not a high-end optic, but then you’re unlikely to be shooting much beyond 20 yards with this rifle, so the balance of performance and economy is important here. The scope provides a good, clear picture at targets inside reasonable ranges. There’s not much else to say there — the scope is functional without being fancy and makes compensation for range simple.

The mushy but acceptable trigger. It takes some getting used to, but eventually you can adapt to its crappiness. (Photo: Andy C)

Outside mechanical operation, the Benjamin Classic requires next to zero maintenance. Keep the exterior clean, inspect the seals on the gun occasionally, ensure the lenses on the optic stay clean and you’re good to go. I’ve never had a mechanical issue with it in years of use, so longevity isn’t much of an issue either.

For getting the best groups, some airguns are very ammunition sensitive but I found this was not the case with the Classic. In general, whatever I feed it produces similar, very good groupings when shot carefully off the bench. It works especially well with wadcutters at ranges inside 15 yards, but the difference is marginal. 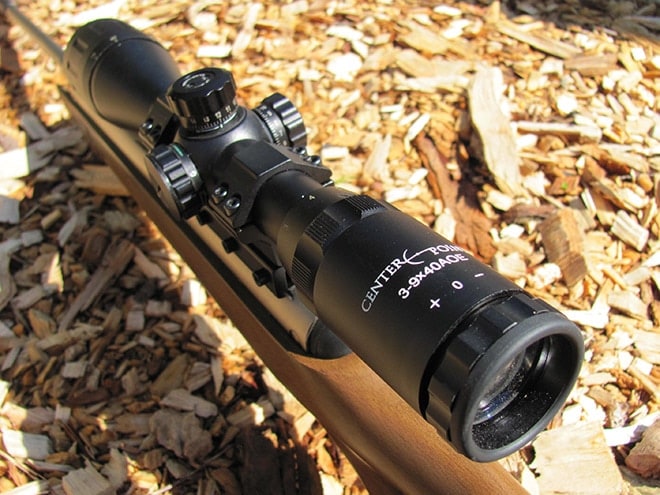 The scope is function for the type of shooting you’ll engage in. The lack of iron sights is disappointing. (Photo: Andy C)

As for other factors, there’s one big thing—this is a heavy gun. Sure, it feels nice to pick up something with heft, but it’s less nice to lug that heft into the bush for some recreational shooting, especially given there’s no benefit to the weight unlike with firearms. If you’re planning primarily on driving to a range and shooting off a bench this is no big deal, but I wouldn’t consider the Benjamin for a pack rifle or anything—it’s way too heavy. For shooting with kids, the rifle is a bit heavy for them to use offhand for very long, which can put a damper on the fun.

The intangibles, on the other hand, are positive. It’s fun to shoot, just like most guns, and the manual action forces you to pace yourself—it really makes each shot feel like it counts. It’s satisfyingly noisy without being obnoxious, so light earplugs are adequate ear protection (outdoors, at least).

To sum up the Benjamin Classic from a performance perspective, everything is sound. I like the rifle fine for what it is. But I have to admit, I have a major issue that makes me hesitant to recommend it. 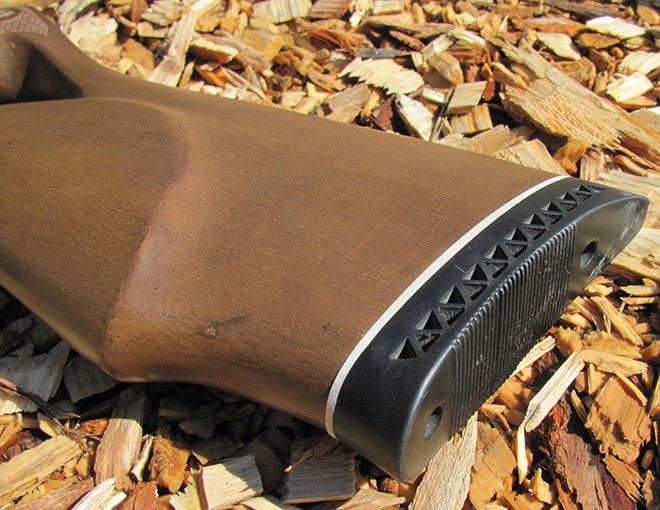 The Benjamin mocks a general purpose air rifle, but falls short of most important categories this type of rifle should fit. In my mind, introductory rifles are economically priced and useful for a variety of functions.

It’s too expensive to be a real introductory rifle, and I feel the lack of iron sights is also a hindrance in this category. I know not everyone learns to shoot with iron sights, but they should have the option, and dropping the optic also helps with the price point. There are much cheaper rifles with comparable performance that don’t have the bells and whistles this one has for less money. They can give you a good functional introduction to airgun shooting, or rifle shooting in general, on the cheap.

For a general purpose rifle, it’s performance falls a bit short. I consider varmint control and small game hunting one of the biggest roles a rifle like this should be able to fill. But at a muzzle velocity listed as below 500 fps, and having chronographed it lower, I don’t consider this rifle to be an ethical tool for use of anything bigger than a chipmunk. You can get something more powerful for a similar price and not have to worry about inflicting needless suffering as much. 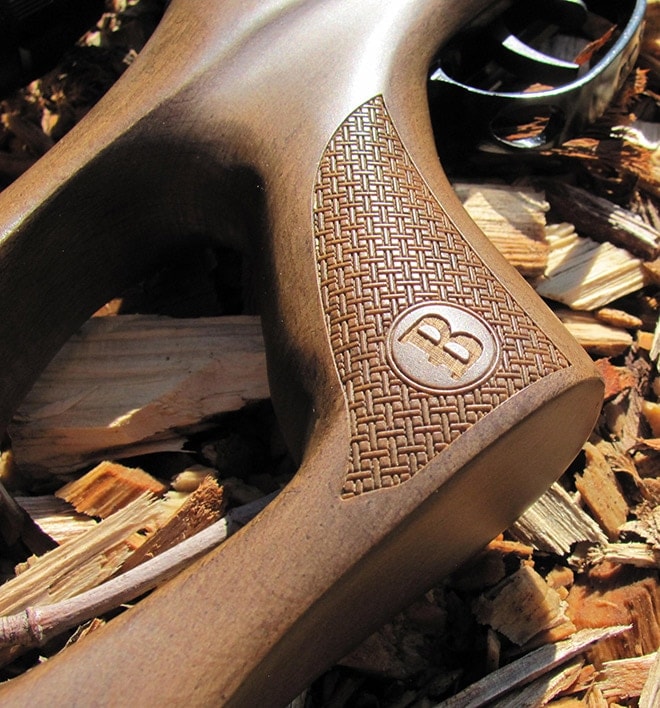 The thumbhole stock is heavy, but comfortable and well made. (Photo: Andy C)

Also in the realm of generalist shooting, it has the issue to being too heavy for lugging around the woods, but not having a good enough trigger to be a dedicated target rifle. It’s not likely to win any airgun accuracy competitions as an off-the-rack rifle, either.

So then, what is it intended for? There’s a reasonable argument that it’s simply a pride of ownership thing. It is, after all, a nice rifle despite the shortcomings I perceive. But I like tools to have definite functions, and I don’t think it’s hard to find a tool that works better than the Benjamin Classic for all kinds of things.

I like this rifle a lot. I’ve owned it for many years and punched tiny holes in hundreds of targets with it. I can’t say much negative about the rifle itself: it’s solidly built, aesthetically pleasing, shoots well, and is fun to use. But the reality is it does not exist in a vacuum. You can purchase a competitor that does everything this does, many of them better, for less money. And for more money, there are other excellent air rifles you could own instead that certainly outclass the Benjamin Classic. 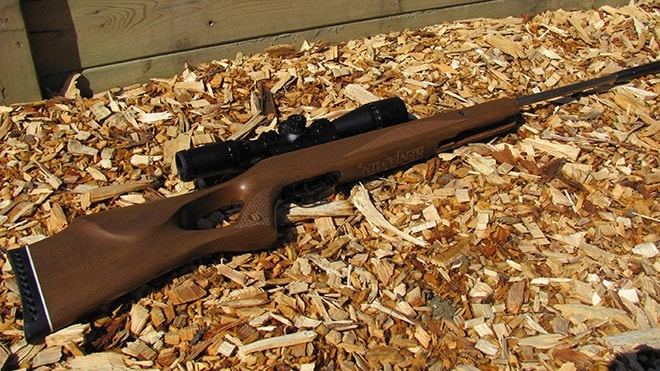 Benjamin Classic .22 caliber air rifle costs just south of $300. For that amount, there are better options out there. (Photo: Andy C)

In the end, I feel this is a good gun without cause. It’s ok for all kinds of things, but it’s not great at anything, and it’s inappropriate for some activities you should fairly expect to be able to conduct at this price point. Unless you have a sizable air rifle collection already that fills various niches, I would skip on the Benjamin Classic. On the other hand, if it’s one of those guns you simply want for the sake of it, I would recommend it as I’d be outright lying if I said I hadn’t gotten my money’s worth out of it over the years.