Browning makes some solid guns.  I went to an auction this weekend and watched a couple of pristine Auto 5’s go for some ridiculous amounts of money.  Browning’s guns tend to hold their value nicely.  And why not?  The company represents the lasting legacy of John Moses himself.

But Browning doesn’t make enough pistols.  The ones they do make are excellent.  I especially like their .22s.  I think the half-pint 1911-22 is one of the sharpest fun-guns out right now.  But the Buckmark is a serious gun.

All of the Buckmarks are single action, blow-back, fixed barreled semi-automatics.  They are known for their accuracy, reliability, and ease of maintenance. 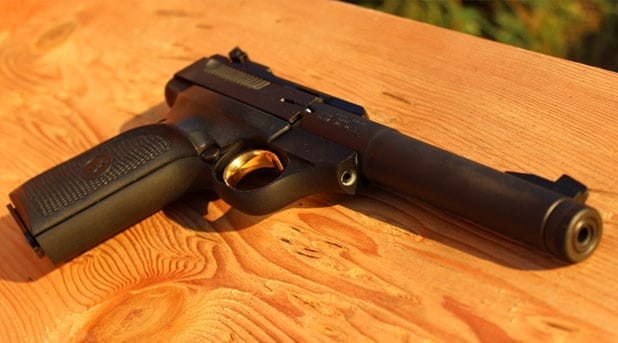 The Buckmark comes in a number of permutations.  Barrel lengths, finishes, options…the standard deviations.  But if you follow that link above, you won’t find the one we are reviewing.  Lipsey’s, a major firearms distributor, has a dealer exclusive from Browning.  This is a standard Buckmark Camper, with a twist.  What makes this Camper special?  The threaded barrel.

The threaded barrel is such a nice amenity.  .22 suppressors can make a typical automatic much less noisy.  With the right ammunition, a suppressed Buckmark is not much louder than its action.  Even if you don’t have, or want, a suppressor now, you might want one later.  Better to have the option. 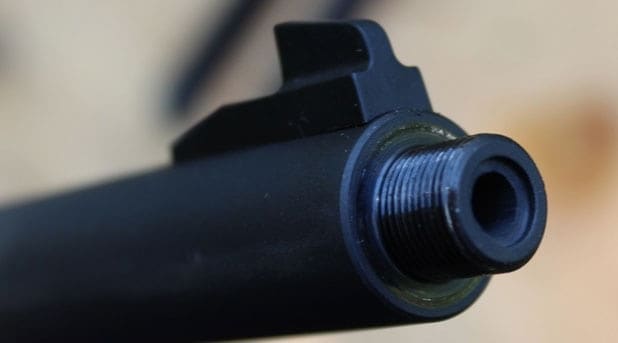 Breakdown is nowhere near as simple as field stripping a 1911, but it isn’t difficult.  Of all of the midsized .22LRs I’ve had the misfortune of cleaning, the Buckmark is the most straight-forward.  Simply remove the bar over the bolt and slide (which is held in place with two hex-screws), and then unscrew the barrel.  The rest is as intuitive as cleaning any gun. 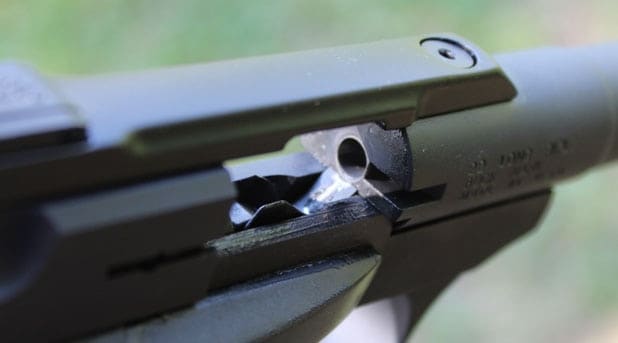 The matte black finish of the gun seems like it will hold up well.  It isn’t nearly as delicate as a polished blue finish, nor is it as fancy as a stainless barrel.  But it is appropriate for a camping gun.  This is the type of gun that would wear well in a leather flap holster.

The 5.5 inch barrel balances the weight of the Camper.  I find that the gun points naturally.  The rubber grips are some of the best stock grips I’ve felt.  The heavy texture is not as formed as some target grips, but they fill the hand and position the thumb well.  The slide serrations allow for the action to be worked fluidly. 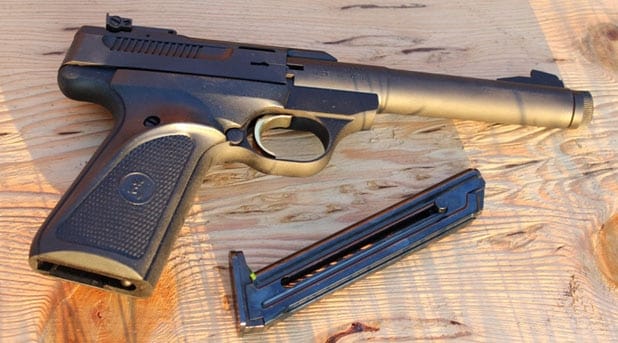 The magazine is a typical 10 round single-stack.  But the construction is solid.  The spring is enclosed in a tubular wrap at the front of the magazine, but the follower is easy to depress for loading.  It locks in nicely and drops free with an easy push of the magazine release (which is ambidextrous, if you wish to switch it around).

The sights on the Buckmark are not as elaborate as they could be, but they work well.  From twenty five feet, I can place rounds in a circle less than an inch wide.  If you look at the video above, when I’m dotting the cyborg’s eyes, you will see what I mean.  But keep in mind that those shots were from my warm up, standing, unbraced, and with subsonic ammo. 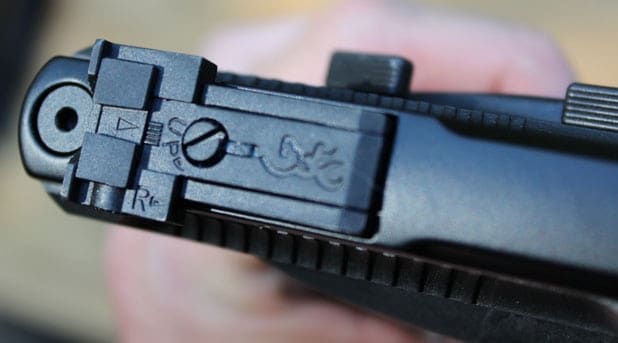 After I’d gotten warmed up, and switched from the CCI Low Noise to the Green Tag, my shots tightened up a bit.  The Buckmark’s accuracy is excellent.  No complaints, at all.

The dealer exclusive idea confuses some folks.  Not to worry.  The threaded barrel campers are available on the internet at places like Impact Guns.  Or simply ask at your brick-and-mortar store.  They can probably get one from Lipsey’s.  MSRP on the gun is $440.  It looks to be selling for about $30 below that. 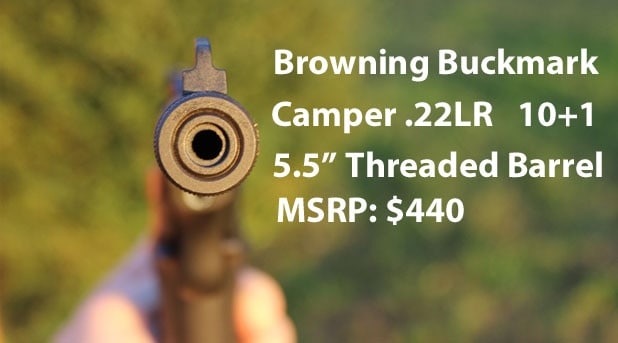 $400 and change isn’t bad.  The gun will wear well, and should last forever with proper care.  There are enough Buckmarks out there in the world that finding spare parts, or grips, or add-ons shouldn’t be too difficult at all.  But, if you start with a platform as versatile at Lipsey’s Camper, you may not want to change a thing.