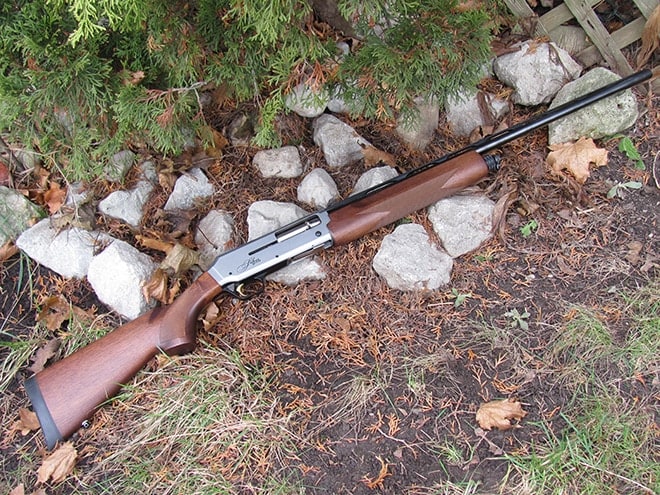 Browning’s Silver Hunter 20-gauge shotgun is a pricey, barebones scattergun that may actually be worth the investment—depending on the shooter. (Photo: Andy C)

Some people find it difficult to find the right gun. This may seem like an odd statement to the readers of this publication, my general assumption being that if you’re a gun person, you’ll find a use or at least a home in your safe for most any firearm, regardless of a particular weapon’s faults and quirks. But not everyone who uses guns is a gun person, per se.

My wife is one of these people and I imagine a lot of you reading this know somebody like her: a he or she who knows how to use guns, enjoys shooting activities like hunting, but is incredibly picky when it comes to acquiring new guns and gear due to a mix of specific interests in use, aesthetic tastes, and physical limitations.

It was these last three factors that brought her (and I) to the Browning Silver Hunter in 20 gauge and after two years of dead birds and broken clays, I’m pleased to say that this shotgun is worth the steep price tag if you desire to satisfy a “specialist’s” needs. 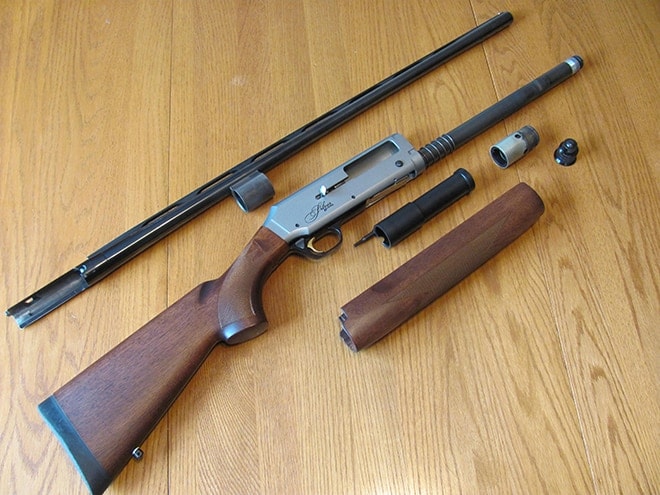 The Browning Silver Hunter is a 20 gauge semi-automatic shotgun that’s well described as “traditional”. It’s a gas-operated gun with no innovations to note in function; controls are standard with a carrier release button on the right side with the ejection port, as well as a generously-sized safety on the front of the trigger guard. It ships with a 26 inch barrel with a white bead front sight, giving the gun an overall length of 46″ and a 13″ length of pull. Notably light due to both construction and the slim profile of the barrel, the Silver Hunter weighs in at a sprightly 6.1 pounds. It is chambered for up to 3″ shells.

Given the gun’s MSRP of $1199, this might seem head-scratching. Serviceable semi-automatic shotguns retail for hundreds of dollars less. What makes the Silver Hunter worth the money? What I have come to find is that depends on what type of person you are.

The first noticeable thing is the aesthetically pleasing way traditional wood furniture mates with a silver receiver and a blued barrel. It gives the shotgun a distinct look, without being gaudy or experimental. The silver finish of the receiver isn’t reflective and holds up well to field use, as my wife’s example still looks the same as the day it was purchased. Checkering on the forearm is well-done and the markings are tasteful. The bluing on the barrel is nice and dark, matches well with the trigger guard, and the overall appearance is very sharp. It has a traditional outline but the color combination makes it pop a bit on the rack next to other indistinct shotguns. 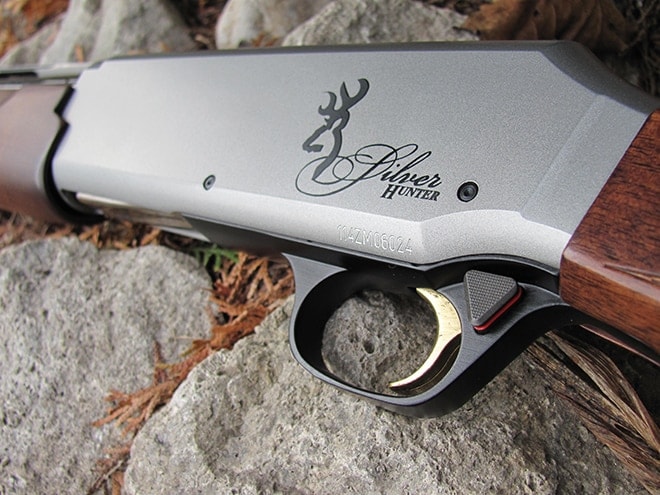 The Silver Hunter is a 20-gauge shotgun, so naturally it weighs less than the ubiquitous 12-gauges a lot of shooters have become accustomed to, but it is also noticeably lighter than it looks… almost unnervingly so. The result is a gun that handles nicely and for prolonged periods of time. Swing may feel hyperactive compared to a Remington 870 and it’s ilk, but for my wife’s preferred purpose—upland bird and small game hunting—it’s worth the trade-off for the ease of carry at the ready, and a lot of shots taken are less swingy and more pointy.

A few things of note: in traditional Browning fashion, the out of the box Silver Hunter is spartan. You do get a set of Full, Modified and Improved Cylinder Invector chokes with a key but the recoil pad is thin and there are no sling swivels. It’s not loaded with extras and it is not a super-modular gun, but if you are looking at Browning shotguns, I doubt that was a major concern of yours in the first place. I consider a sling a must for all hunting guns, so the lack of studs is a glaring omission to me, though I have gotten used to buying Brownings over the years and remedying such things on the aftermarket (which still doesn’t mean I like it). 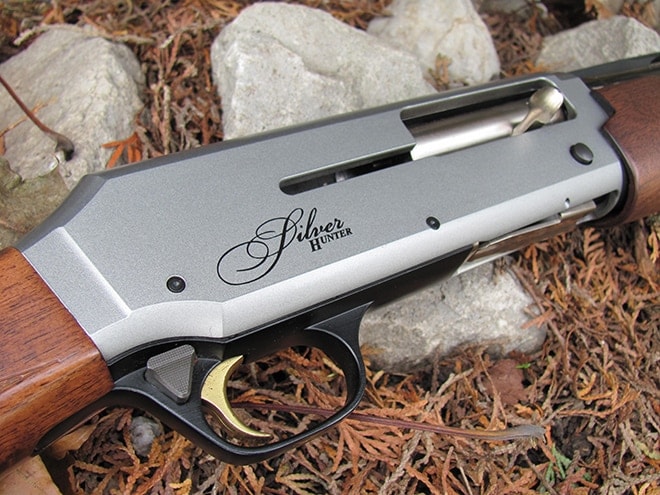 The action on the semi-auto Browning Silver Hunter is slick as ice. (Photo: Andy C)

Operation of the Silver Hunter is without surprises. The charging handle on the bolt is unobtrusive but well-sized for a good purchase on it. From the factory this gun was buttery smooth, with the bolt sliding back and forth with little effort like the receiver was made of ice. The plus-sized triangular safety is a bonus for gloved operation.

Loading the gun up, it has a capacity of 4+1 but comes with a tube plug installed, limiting you to the common three-round hunting restriction. Another user-friendly feature, like many Browning semi-automatic shotguns, is that by loading a round through the feed port on the bottom, the gun automatically loads it into the chamber.

In use, the Silver Hunter seems pretty happy to digest any shell you feed it and beg for more. This is the least-used semi-automatic firearm in my safe, but it does hold the distinction of being the only one that has never had a failure. Empty hulls are ejected with authority to the shooter’s 1:30 position. From ultralight pheasant ammo to cheap-as-dirt trap loads to some robust duck hunting shells, the Silver Hunter has served faithfully. Its trigger is better than most shotguns out of the box, but that’s a pretty low bar. It has a very slight take-up and a good, solid pull at about six pounds. 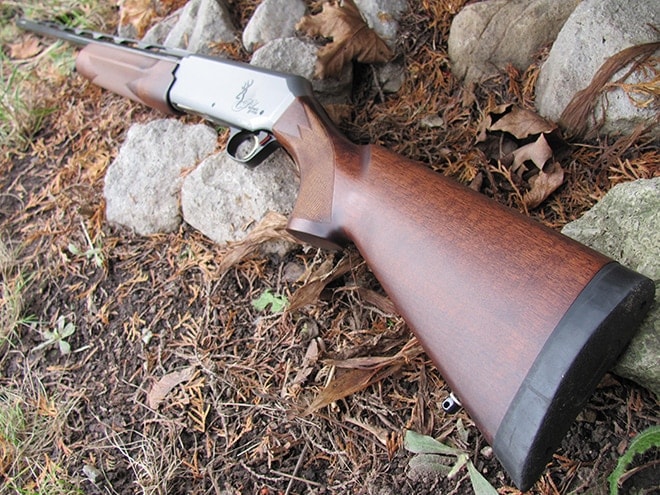 The Silver Hunter’s gas operating system does a great job of mitigating the recoil of just about any load, with the lightest ones feeling like a brush on the shoulder and the heaviest feeling like a firm push. It seems to take away the sharpness of the impulse. Coming from using break-open 12 gauges, the Silver Hunter’s recoil is so light that it almost feels alien. I love it. All considered, I do not have any meaningful criticisms of the function of this gun. It does what it should do every time you pull the trigger.

But are there are significant complaints? Honestly, the biggest issue is the price tag.

Why buy a Silver Hunter?

If you have a lot of money, want an autoloading 20 gauge just because, and don’t mind paying for refinement, then go out now and buy one of these guns. It’s a world class shotgun. However, for those of us without Olympic pools full of gold coins, some more careful consideration is in order, chiefly, who should buy a Silver Hunter, and why? 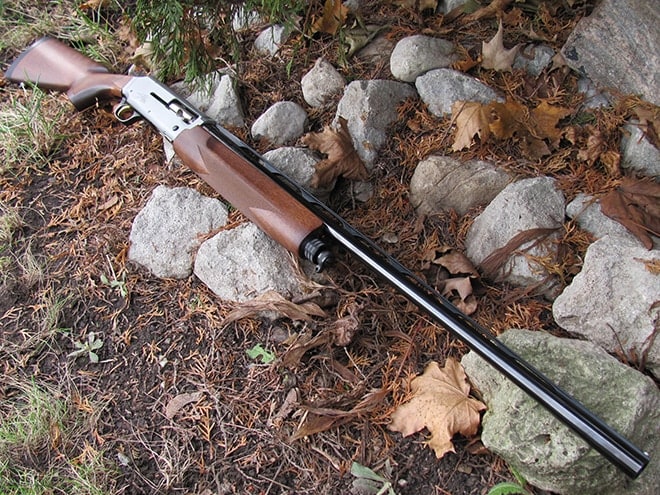 The weight and reliability of the Silver Hunter may appeal to smaller shooters and veterans alike. (Photo: Andy C)

In my opinion, the Silver Hunter is a top pick anybody looking for a lightweight shotgun that can help mitigate recoil-aversion. It’s weight is comparable to that of a pump shotgun, but its semi-automatic action absorbs a lot of the energy from firing it, making it ideal for small-statured adults and children. My wife is very sensitive to recoil, enough to adversely affect her performance while hunting because of flinch. With the Silver Hunter she has no problem shouldering her long gun and bagging birds. She’s also able to carry it relatively comfortably over long periods of time, something she struggled with when using a heavier gun, leading to birds flushing with an unready gun.

As to why anybody else should buy one, I consider the Silver Hunter to be a superb all-around hunting shotgun. It can be used for waterfowl, upland, and treestand duties with equal aptitude, and I trust it to come through when needed. Additionally, the Silver Hunter is so easy to carry on longer walking trips that I sometimes leave my own gun at home and sneak this beauty out of the gunsafe instead.

The Silver Hunter strikes a balance between desirable elements; low carrying weight, recoil mitigation, and reliable function. That it comes wrapped in a very pleasant-looking, well-finished package doesn’t hurt. That carries a literal price, though, and it’s one of the most expensive shotguns of it’s type. When you get down to it, this is a barebones utility firearm dressed up to be pretty and slicked up to work well. 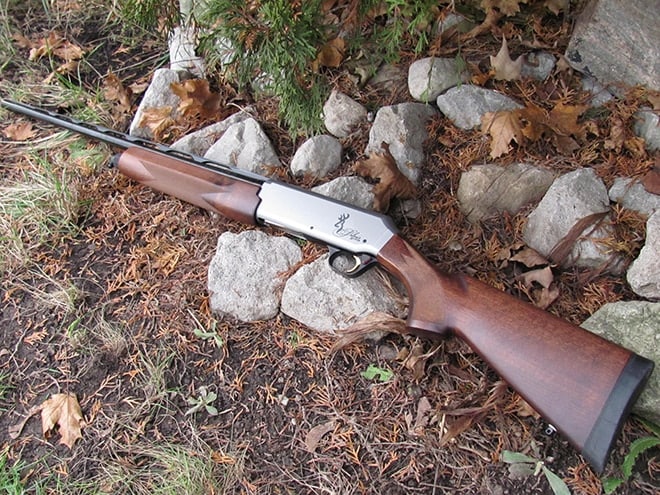 Though I think everybody would enjoy this shotgun, I would not recommend buying it to everybody. (Photo: Andy C)

To this end, I wouldn’t recommend the Silver Hunter to everyone. There’s a point of diminishing returns on investing in shotguns, and unless you want something that inspires a particular pride of ownership, you can get a utilitarian semi-automatic gun for less money that will do the same things.

But if you fit into that category of a smaller or recoil-adverse shooter who needs a reliable scattergun, the Silver Hunter might just be the ticket. My wife hated shotguns and avoided shooting clays like the plague until she ended up with this gem, and now she looks forward to both bird season and range trips substantially more (and I get to use it when she’s not around). If there’s somebody like her in your life, the Silver Hunter might fit in right along with them.