I’ve been wrestling with what to call this rifle.  The Colt CAR A3 HBAR Elite AR-15.  That’s a mouthful.  The CAR part seems clear enough, seeing that it’s a Colt AR.  The A3 designation is a common industry term for the flat top receiver.  The heavy barrel is the HBAR part.  Elite seems to refer to the overall performance of the rifle, which kicks ass, n matter what you call it.

Colt likes to number their rifles, and this one is the 6724.  But that’s too technical.  The whole package used to be sold together, though the best I can find now on Colt’s site is the upper.  But that’s what defines this rifle, so that’s what I’m going to call it.  The HBAR.

On with the review

While we’re discussing the barrel….  If you’re used to carrying anemic ARs with pencil thin barrels and plastic furniture, the nine plus pounds of the HBAR Elite will feel a bit heavy.  The barrel makes up a good part of the weight.  It is long, at 24 inches and fully floated.  And the profile leaves a lot of steel on the barrel.  But it is a nice visual accent, sticking out of the long hand guard, and it delivers amazing results.

The barrel has a 1/9 twist, so it is especially suited for stabilizing heavier bullets for longer distances.  We were limited to modest southern distances, most under 300 yards, which felt a bit too easy with this rifle.  But there are lots of folks bragging in the forums about opening it up to 800 yards or more.

The HBAR is easy to recognize.  For one, it is long.  The long barrel and the long aluminum tube are distinctive.  The matte gray finish on the handguard compliments the grey of the fixed stock.  It has no gas block sights, and makes no accommodations for mounting any iron sights on the front.  But it isn’t a fighting gun, so that’s much less of a concern. 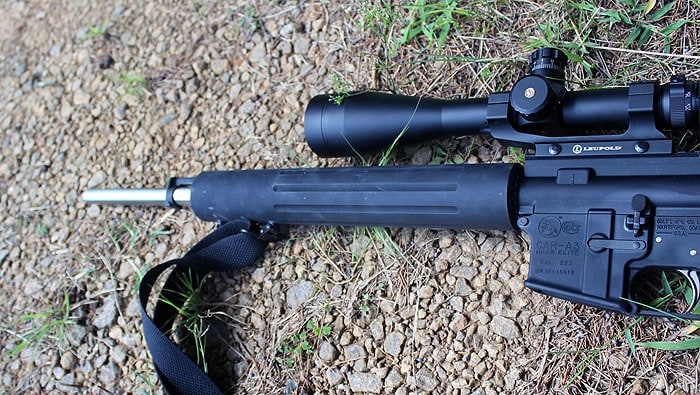 To add to the absurdity of our limited distances, we topped the HBAR with a Leupold Mark 4.  This is a serious long range scope.  It is a 16×40.  It is a bit much for your typical AR, but ideal for one that offers the type of accuracy that the HBAR can produce.  The Leupold, when combined with the soft recoil of the HBAR, is like having a scope and a spotting scope on all in one.  You can easily pull the trigger and watch the bullet connect through the scope.

This rifle is a dream to shoot.  I sighted in the scope with a laser bore-sighter.  Five rounds later, I had the gun zeroed.  From 100 yards out (and clamped in a vice), the HBAR tears one ragged hole.  I didn’t trust what I was seeing at first, so I moved to a different target on the same board.  Another ragged hole about the size of a quarter.

Shooting freehand was only slightly more difficult.  The trigger is a bit stiff for a target rifle (but ideal for your better-than-average AR).  It breaks under five pounds, but breaks cleanly.  I’m lousy at holding a rifle like this freehand, even with angled forend, or vertical grips.  So working from a standing position for me was much harder (but I know who to blame, and it isn’t the gun).

This is a rifle that likes to be braced.  I sighted it in in a  CTK Precision Gun Vice.  When we were blasting away at the Tannerite, we braced it on the rails of the deck at the range.  It isn’t that it’s too heavy to hold free hand.  Far from it.  But the gun doesn’t kick at all, so it is tempting to relax your whole body when you shoot, just to get that breathing pattern down.  The only thing you have to really hold is the trigger. 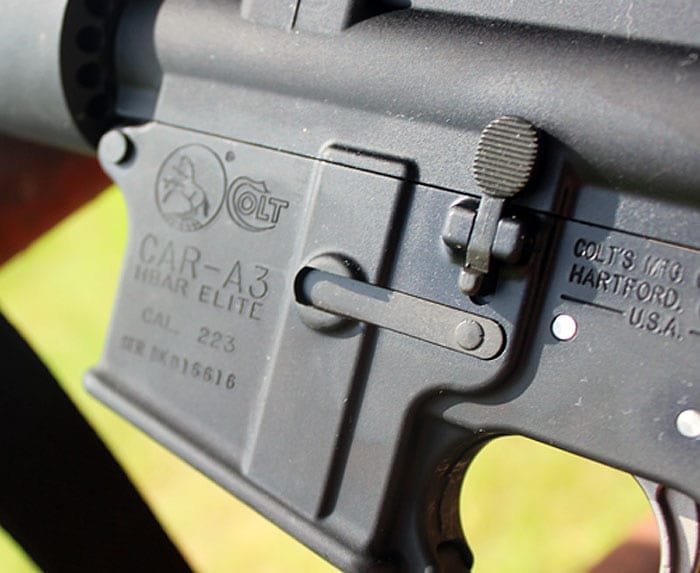 The gun is set up for use with a bipod.  If you are going to shoot prone, it would benefit from a short magazine.  That’s a common mistake I make with ARs.  Even with a gun like the HBAR, I just assume it needs the standard 30 round PMAGs.  A 10 or 20 round magazine makes going prone much easier.

At 100 yards, with good ammo, and a cold barrel, it shoots under one MOA.  Pick it up, heat it up, or feed it junk, and things will get a bit looser.  But it is still one of the most capable ARs I’ve ever shot.  I set up a six inch steel plate at 300 yards and could hit it with no difficulty.  Even with the bulk 55 grain PMC I’ve been relying on since the ammo crisis began, the gun performs reliably. 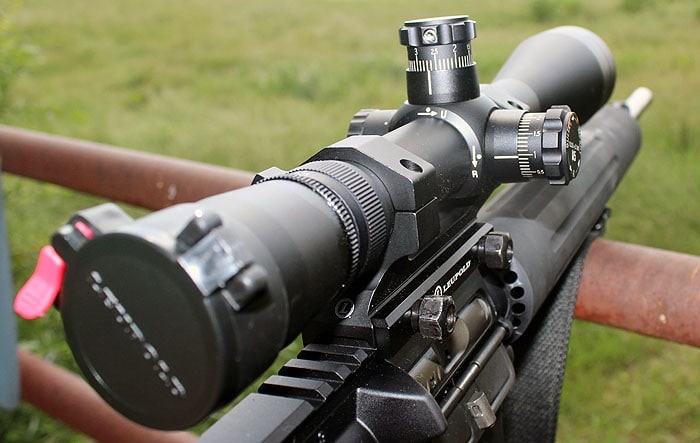 But it deserves more

The HBAR it will only ever be as good as the glass you put on top.  While you can poke a clean hole at 100 yards, that isn’t really what this rifle is for.  The HBAR is meant for kill shots on coyotes at 600 yards.  It is meant for those pesky prairie dogs that dig holes that cows step in and break their legs.  Or maybe you have a watermelon problem, and a few pounds of Tannerite.  Whatever.

If I were to make a complaint about the way Colt has the HBAR set up, it would be that the gun feels like it has a very singular purpose.  This is a long range gun.  Others like it on the market, like (my favorite) the Stag 3G can do great work at long distances, and are also set up for tactical work and competition. 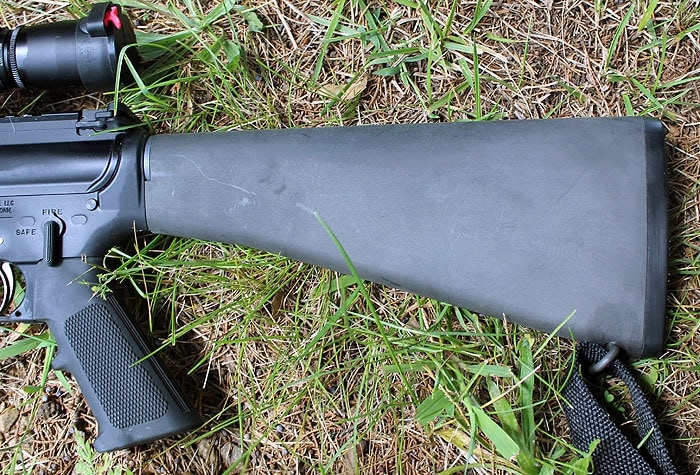 And it is missing a lot of what makes the AR platform so appealing.  The fixed stock, for starters.   I love the stock.  It is solid as a rock, and long enough for someone as tall as I am.  I could even use another two inches, honestly.  But We’re all built differently.

The HBAR is going to be hard to find.  But worth it.  The upper alone sells for $745.  I’m having difficulty finding the rifle together, as the package that Colt sent us to review.  But it would be worth it if you can.  It is a rock solid rifle.