Gun Review: Colt Delta Elite 10mm: The other worthy caliber for a 1911

I used to follow the rule that a full-sized 1911 should be in .45 ACP. That rule doesn’t come from some religious belief (The Church of J.M. Browning has a lot of adherents), but rather from experience. The various full-sized 1911s chambered for other cartridges I have tried over the years just haven’t impressed me. But the Colt Delta Elite 10mm handgun is the one exception to that rule.

I must admit, I was in no particular hurry to ever try a Colt Delta Elite. In fact, before testing the 10mm cartridge for Ballistics By The Inch I really hadn’t given it much thought. Anyway, I found a buddy who had one of the original models dating back to the early 1990s. When I asked if I could borrow it for a weekend, he said sure, but warned me that “it’s been shot to shit.” 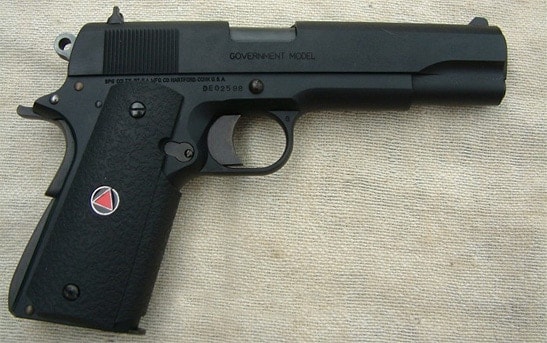 So the gun tested showed signs of plenty of hard use but it was still in fine mechanical shape because my buddy had kept it clean and changed out the recoil spring pretty regularly. If you’re used to a good-quality basic 1911, you’d be right at home with the Delta Elite. Everything is the same as your standard 1911 in terms of construction and operation. Except the power of the thing.

The 10mm cartridge is a powerful round. Just take a look at the muzzle energy this round develops. Compare it to the .45 ACP and you’ll see that the 10mm basically starts where the .45 starts to top out, in terms of power.

And the recoil wasn’t brutal, but it was noticeably greater than the standard .45 configuration. The 1911 design handles the increased power well, which is something I discovered when I also shot a 1911 configured for the .50 G.I. cartridge. And you can do additional things, such as add a recoil buffer, to manage the power of the 10mm cartridge.

Given that I was shooting an older gun—one that saw a lot of use—I thought it was fine.

Accuracy was what I would expect out of any good 1911 (say, compared to a Para, or a Kimber or Springfield) out to 25 yards (the longest distance I shot it). 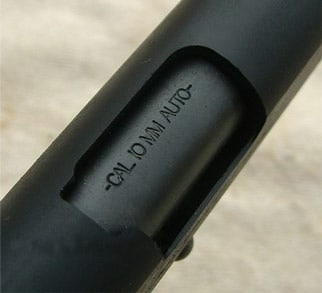 The three-dot sights were easy to use. It cycled flawlessly and while there was a little slop in the magazine fit, I think that was just due to wear.

Fit and finish? Well, I think they had been good, but it was hard to really judge on such an old gun.

But fortunately, a few years ago Colt decided to re-issue the Delta Elite. I haven’t shot the new gun, but in looking one over I thought the fit and finish were good to excellent, just the sort of quality that you would expect from such an established brand. The wrap-around rubber grips felt good and should help take some of the sting out of recoil.

And from everything I’ve seen and heard, the new Delta Elite has the same handling and robustness as the early model. And if that is the case, I would have every expectation that it too will hold up to 20 plus years of solid use with intelligent care (and replacement of the recoil spring every thousand rounds or so).

Is it for you? Well, maybe not, if you’re recoil shy or want a CCW gun you can carry and hide easily. The full-sized Delta Elite is a big, hard-hitting gun, and not something you’re going to slip in your pocket for a quick run to the corner store.

On the other hand, a big, hard-hitting gun is exactly what some people want, and plenty of folks carry a full-sized 1911 daily. For those folks it is worth it to take a look at the Delta Elite, particularly if you want something that has even more power than the standard .45 ACP.

The Colt Delta Elite is typically found for around $1,000, but it’s not uncommon to see them sold for $800.