The stylish Hedy Jane pocket shotgun by Heizer pairs sleek metal with a dash of style. Available in pink, purple, green, and turquoise the action, trigger, and storage compartment feature a bright splash of color while the remainder of the firearm is outfitted in a stainless steel finish. This construction gives it a solid feel, nice weight, and sexy looks. 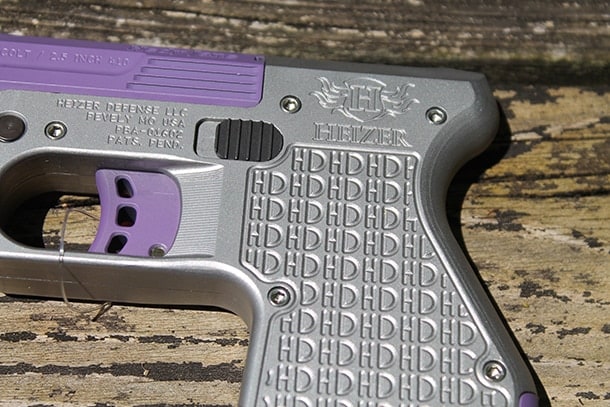 A Derringer style pistol, the Hedy Jane is simple. You get one shot which you load through a spring activated action. Loading is usually as simple as releasing the action via a latch and dropping a round into the barrel.

The ambidextrous latches on all four models are initially tough to maneuver, requiring two hands to activate. After some breaking in, 20 shots or so, it became easier to use. I eventually was able to do it entirely one handed.

Unloading is just as easy. Pop the action open and remove the spent casing. Most of the time I was able to tip the firearm over and the casing would fall out on its own. Other times, I had to manually remove it. 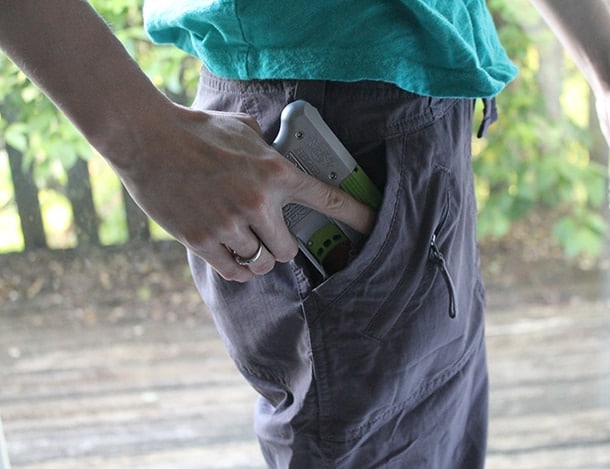 The Hedy Jane disappears in a pocket. (Photo: Jacki Billings)

Slim and short, the Hedy Jane could be a nice little concealed carry gun. I wouldn’t recommend it as a primary handgun based on the fact that it can only carry and fire one round at time. It would, however, do well as a back-up firearm.

It’s small stature opens up plenty of concealment options from ankle carry to pocket carry as well as the standard waistband. It is heavy, so whatever method of carry you choose make sure you have a good support system to resist any pulling. 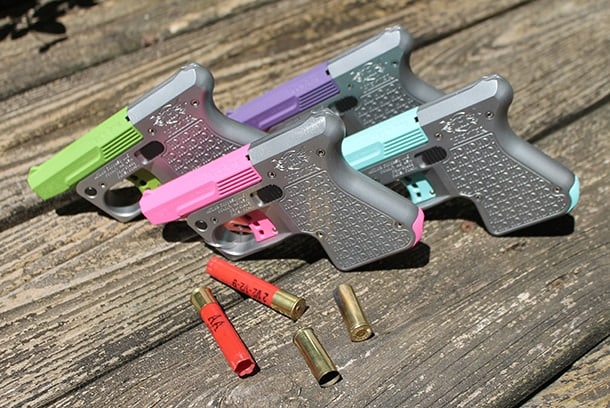 Chambered for both .410 and .45LC, this little gun may be cute but the Hedy Jane will knock your socks off. I was prepared for some kick given the size of the pistol and the ammunition I was putting into her, but after the first shot, I found myself reeling from the amount of recoil I took on. I tried everything from adjusting my stance to ensuring I had a firm grip and nothing could circumvent the power that my body absorbed. Three shots in and I was in pain. After an hour on the range, my arm, specifically my elbow and shoulder, were on fire.

I’m no wuss when it comes to pain, but these effects lasted all day and into the night.

In all fairness, the Hedy Jane is not meant to take plinking at the range. In real world defense scenarios you’re probably not going to be putting 50 rounds on target at one time like I did during my testing. Nevertheless, if you take her out with the intention of firing more than a couple of shots, have some Tylenol on hand. 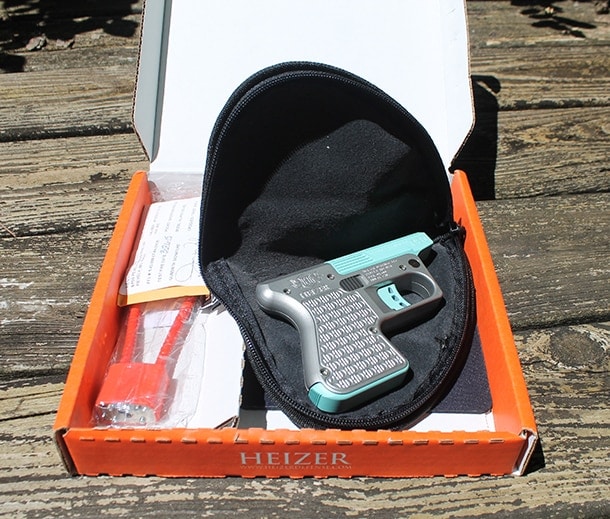 Also complicating the shooting experience for me (and possibly contributing the aching arm) was the extremely long trigger pull on this Heizer. This pocket shotgun does not come with a safety lever of any sorts, so she relies on the trigger to act as that mechanism.

While I appreciate this step towards safety, I found the trigger to be ridiculously hard to pull. Two shots into my range time and I was completely unable to pull the trigger for my third shot. I rested for a few minutes and was finally able to get that third shot off. I managed a fourth with much struggle and by the fifth I was stuck again and had to consider my options.

Not getting any younger, I decided to double finger the trigger. The trigger well is more than wide enough and it almost seems the gun was engineered to allow for this. Using the auxiliary finger in conjunction with my primary trigger finger allowed me to continue shooting for an hour before both my fingers were ready for another break.

This second break, allowed me to investigate a possible design flaw in the Heizer–the storage compartment. Designed to hold two rounds of .45LC, I liked the idea behind it; however, the door to the compartment would not stay closed while firing. After every shot, the door would swing open. I fiddled with it, pushing the door hard into the frame. Unfortunately, when I headed back to the firing line I encountered the same problem. 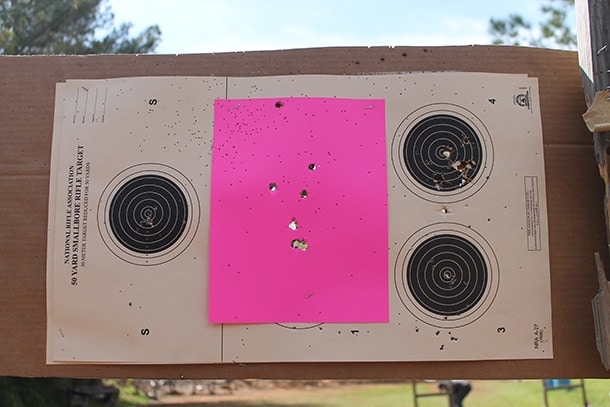 Despite some hiccups, the Hedy Jane’s overall performance was flawless. (Photo: Jacki Billings).

Now this is no way impacted my shooting or the operation of the Heizer. In fact, I didn’t realize the door was open until I went to unload. At most, from what I experienced, it’s an annoyance; but having your extra stash of ammunition spread across the floor doesn’t really benefit anyone and could be pretty serious.

Despite some hiccups, I will say the Hedy Jane’s overall performance was flawless. I went through three boxes of ammunition, some cheap and some not so cheap, without any malfunctions or failures. What I put in, she spat out the other side. The Hedy Jane definitely has reliability down to an art form.

Ergonomically speaking, she’s also a winner. Even with the small frame, the grip melted into my hand providing a sturdy, comfortable platform for shooting. 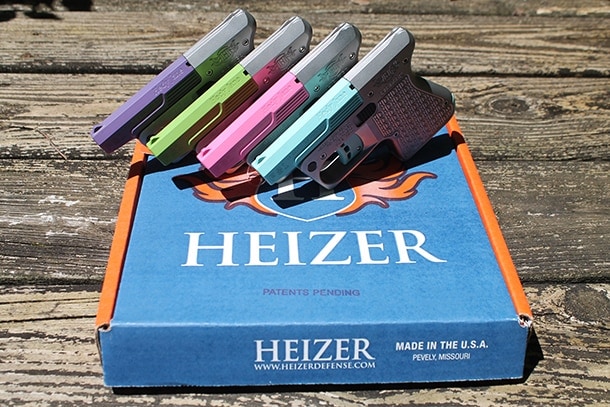 The Heizer Hedy Jane would make a great back up pistol and can be had for around $400. (Photo: Jacki Billings)

Though she is one shot, the advantage to the Hedy Jane comes from her simplicity. If you aren’t ready for a semi-auto but aren’t a fan of revolvers, the Hedy Jane is a nice middle area. Heizer’s Hedy Jane retails for $399.