This weekend, I was setting up targets at a range near the James River in central Virginia.  I picked up the corner of a desiccated sheet of plywood, knowing full well what I was going to find underneath.  As I eased it to the side, I watched a gaping white maw open up in the detritus I’d just uncovered.

The cotton mouth wasn’t the biggest I’d ever seen, but he was mad.  It was almost as if his eyes were adjusting to the light.  The snake coiled to strike, and showed its fangs, but the head kept swinging from side to side like it couldn’t decide where I was.

Two-hundred miles away, in a safe.  The .410 lives for the dreaded copper-headed water rattlers that inhabit these parts. 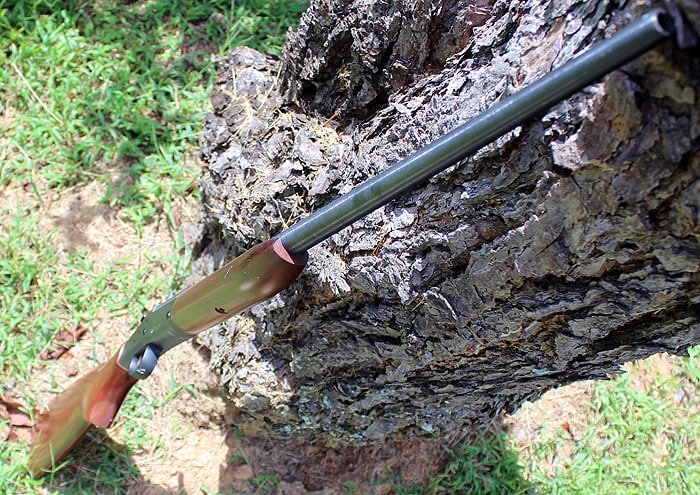 The .410 a good small game gun.  It is a must for those living in the country.  It is the bare minimum for taking on rabid critters like raccoons, or foxes (both of which I’ve seen in my short five years in central Virginia).  It is good for running off feral dogs.  It is a great noise maker. And, in the right hands, it has its defensive uses.

The H&R Pardner is a throwback to the break-action shotguns of the early twentieth century.  And there’s a reason why that design has lasted.  It is easy to use.  Automatics can be finicky.  Pumps have more moving parts.  But a simple break action is what it is.  Open the gun, insert a shell, lock it up, cock the hammer and pull the trigger. 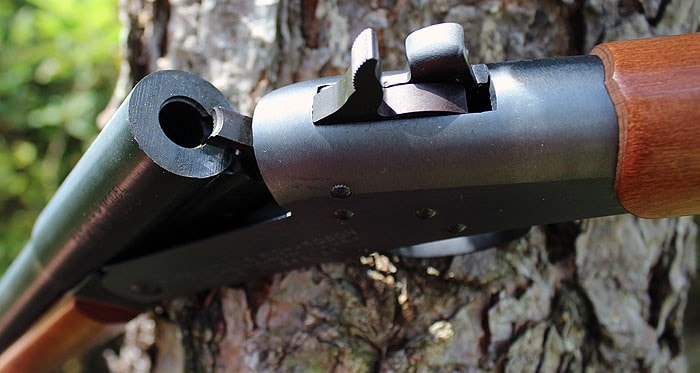 That makes these guns useful for people without much shooting experience.  They are the best instructional guns.  There’s very little chance of a mishap, once the shot is fired.  And the .410 is light enough (just over 5 pounds) for small framed shooters and produces just enough kick to illustrate the concept, but not enough to hurt.

Unlike the antique shotguns of yesteryear, these new break actions have transfer bars between the hammer and pin to minimize the chance of an accidental discharge.  This make the much safer to carry and to store.  I had this one in my safe (in a door rack), and knocked it free.  It fell.  The gun hit hammer first, hard enough to take a big-ass chunk out of the hardwood that it hit.  It wasn’t loaded, but even if it had been, it wouldn’t have gone off. 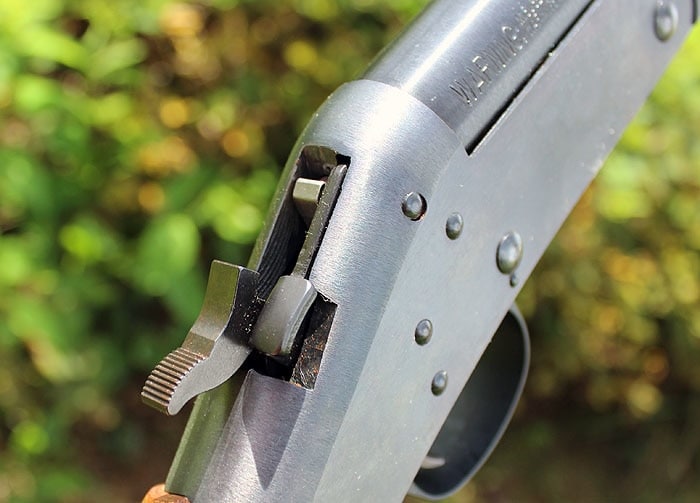 The Pardner builds on the timeless design.  The gun is made of wood and steel.  The steel is thick around the chamber, and thins substantially down the 26-inch barrel.  The result is a well balanced long gun that moves well.  It weighs more than the compact model, but not so much that a good sized boy can’t carry it in the woods.

The wood isn’t anything to crow about.  As the stock and frame won’t be mated  exactly, or fitted with anything like precision, H&R has chosen to leave an exaggerated lip where the wood and steel meet.  The fit is functional, but hardly artistic.  Yet that doesn’t really detract from a gun like this, as there’s very little about the gun that evokes artistry. 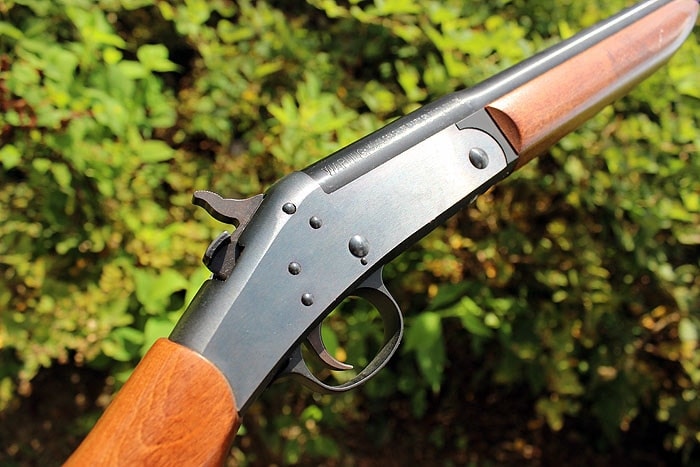 Instead, H&R is making a rugged and dependable gun that is also affordable.  This one sells for somewhere between $150 and $200, depending on the market and availability.  Where I live in Virginia, out in the sticks, utilitarian .410s often come into the stores and go out on the same day.  I’ve only ever seen one .410 sit on the shelves, and it was an exquisite over/under with burl stocks and heavy engraving. 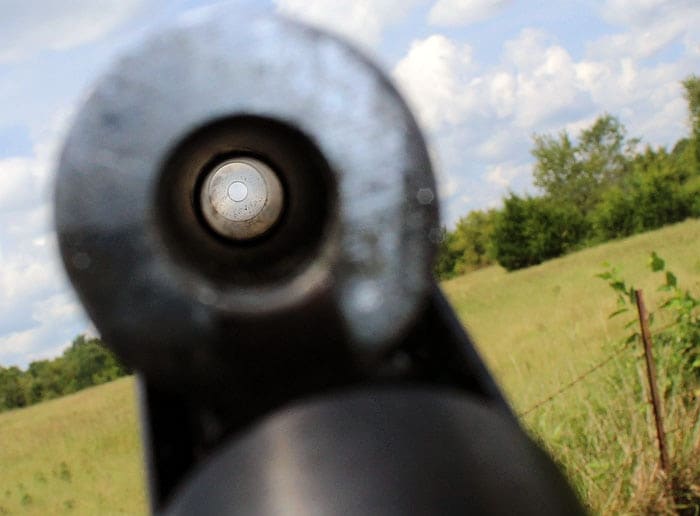 Don’t leave home without it

By the time I’d seen the snake, I’d dropped the board.  I blasted away with a Kel-Tec P3AT, which I had in my pocket.  And I missed.  I emptied the magazine.  I think I may have hit the snake once, but it only made it even more angry.

In my defense, I was shooting at his head, which was waving about a bit.  But I stone-cold missed.  A friend took over with a 9mm.  He did a bit better.  After we’d decided the snake had been shot, and it was safe to get back to the board, I picked him up with a stick.   The snake wasn’t dead.  It wasn’t in any condition to fight, but it was trying.

The Pardner would have made quick work of the snake.  And with just one shot.  And with no lingering doubt.  And only a little bit of a mess.