Smith & Wesson revolutionized the concealed carry marketplace six years ago when they introduced the Shield. Up until then the only real option for small-frame handguns were double stacks and .380 pocket pistols. The Shield changed all that when the Massachusetts gun maker released the 9mm. With more than one million Shields produced since 2012, it seems obvious people want this sized gun.

With a new design released last year, the M&P Shield 2.0 sports some cosmetic upgrades and slight improvements from the original. The Shield has a small half circle in the top of the slide just behind the ejection port and a similar one at the top of the barrel just behind the chamber. These two half circles mate to allow the user to visually inspect the chamber and see brass when the gun is loaded, but there no tactile way to check the chamber. I don’t particularly care for loaded chamber indicators so I find this method to be perfectly acceptable, but it is something to be aware of.

The take down for field stripping and routine maintenance on the Shield requires no tools, unless you don’t like using the trigger when removing the slide. All Smith & Wesson M&P models have a trigger disconnect lever you can push down with a punch or small screwdriver. When down, it allows the slide to come right off the frame when the take down lever is down. 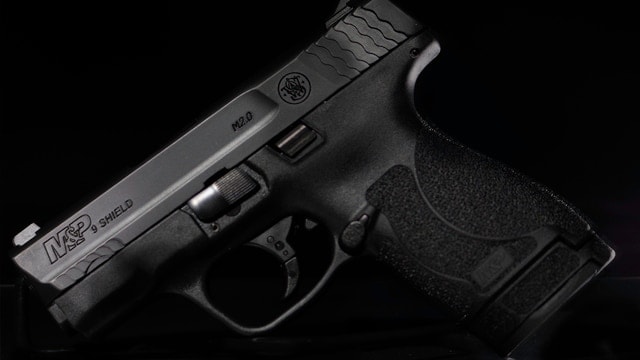 Smith & Wesson Shield 2.0 is chambered in 9mm and has a 3.125-inch barrel and weighs 1 pound 2.1 ounces. The handgun features comes with or without a manual safety, seven- and eight-round magazines, and standard 3-dot sights. MSRP: $479.

The new model reminds me of a car manufacturer releasing a new model year vehicle that has a computer tweak giving it 20 more horsepower out of the same engine but the grill and head light bezel redesign makes it look like a completely different vehicle. The 2.0 has three big changes over the original design.

The M&P Shield 2.0’s slide has front serrations, sort of. Front serrations help give grip for press checks, but the 2.0 has very small scalloped serrations at the bottom edge of the slide. While they do provide a slightly improved purchase on the slide, they really seem to be more cosmetic that useful.

The biggest win on the 2.0 is the new grip texture. Other manufacturers could learn something from Smith & Wesson on this one. The new texture provides a superior improvement over the original model and gives the shooter a solid grip surface. The texture feels similar to grip tape that people often put on polymer frame guns. It isn’t overly sharp, so it doesn’t hurt or feel uncomfortable in the hand, but instead gives the shooter the sense that this gun will stay put when you shoot it. One of the best factory texture jobs I have ever handled.

The Shield 2.0 boasts an improved trigger with roughly a 6.5-pound trigger pull and a crisper, more audible reset. This is where the Shield lets me down, though. Why, why, why, can’t they get a trigger right? Don’t get me wrong here, this trigger is better than version 1.0, but it still just leaves a lot to be desired. 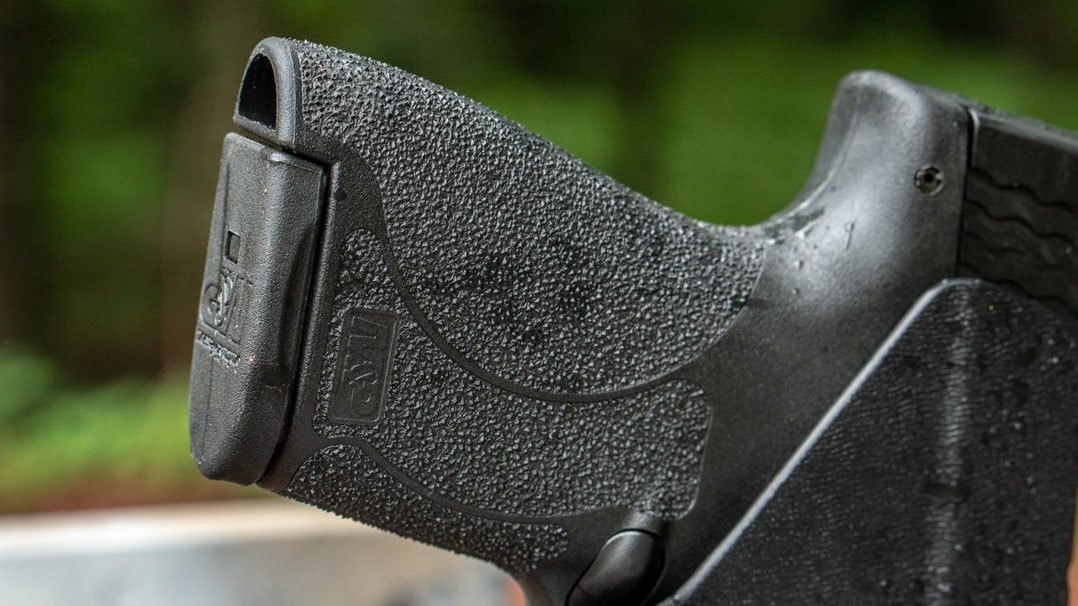 The wall is decent, as long as you have your finger low on the trigger. If you have it high, you get a false wall that you have to grind through and the reset, again, better, but it still has what feels like two resets. This leads to overrunning the trigger and what amounts to a dead gun. Let me be clear here, this trigger is better, but for me it’s still under par even for a factory trigger.

I Want to Love This Handgun

I really, really do, but I just can’t quite get there. There are so many things I like about this gun. It’s grip angle works well. It points extremely well, acquires the target easily, and feels great in the hand. While I’d like to see it have a lower bore axis to help with muzzle flip, the new grip texture helps combat that issue. The Shield eats ammo just as well as my Glock 43. If I’m being honest, magazine changes are better because the Shield mags are practically ejected from the gun like they have rocket boosters on them. For me personally, I just can’t get over the inconsistencies in the trigger. 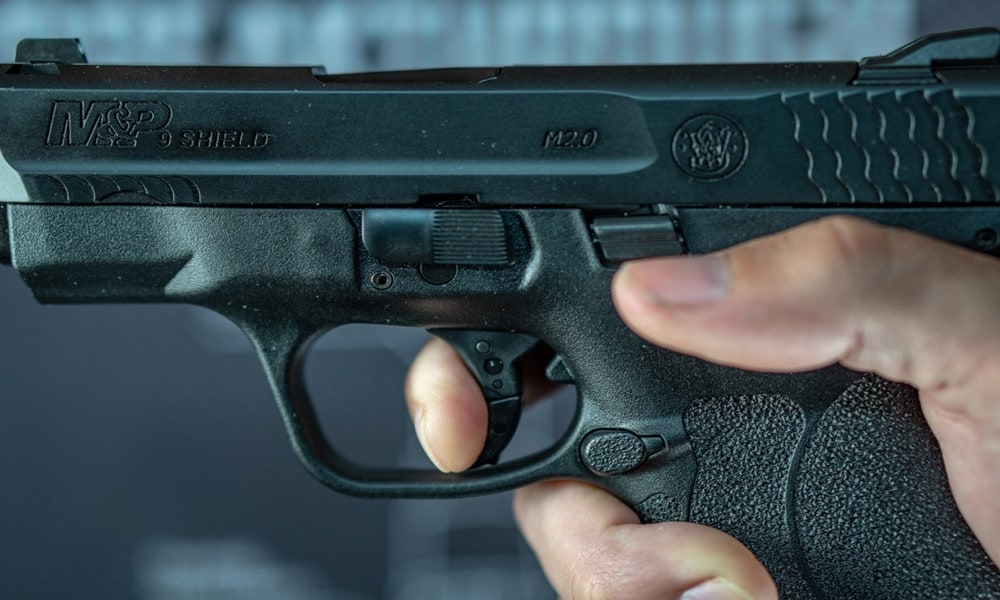 For those of you who have the 1.0 version of the Shield and want to know if you should upgrade, my position is, probably not. You’d be better off investing in a good stippling job and a solid aftermarket trigger like that Apex. But for those shopping for a new Shield, absolutely go with the 2.0.

Although the 1.0 model costs $50 less, the new grip texture alone makes the difference in price worth it and the trigger is better. Add in the front serrations and you have a good carry gun for a good price.