Gun Review: Mauser HSc-80: A decent gun except for the 9mm Ultra cartridge

The Mauser HSc-80 is a pre-WWII German design and was originally designed to compete with the Walther PP guns. In look it is similar to the Walther and it’s also about the same weight and overall size as the Walther PPK model.

It is double action, blowback-operated and became a fairly common sidearm during the war and after because Mauser continued to produce them after WWII and even up until the late 1970s. Subsequently the HSc-80 was produced under license by Renato Gamba SpA in Italy, in .32 ACP, .380 ACP and 9mm Ultra. The one the Ballistics By The Inch crew had for testing was chambered in the 9mm Ultra cartridge. 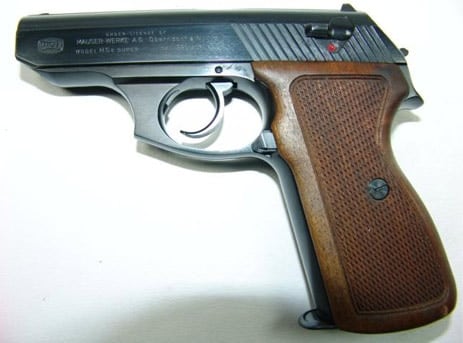 Wait, what the hell is 9mm Ultra?

The 9mm Ultra is a relatively unusual cartridge in this part of the world, but has had some popularity in Europe. It’s a 9x18mm similar to the 9mm Makarov, also called the 9mm Police.

The power range from what we tested at BBTI puts it about the same as the Makarov and somewhat more powerful than the .380 ACP (9x17mm, or 9mm Kurz). 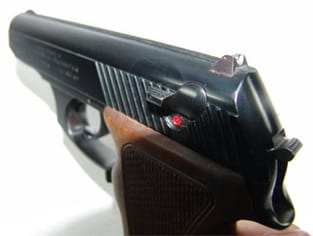 The Mauser HSc-80 is a solidly made little gun. It has an all steel construction with a decent blued finish and decent wood grips—nice, but not particularly fancy though. In general, the fit and finish was pretty good. No slop.

All in all, it is decently well designed as a pocket gun. The overall contours are smoothed to reduce the chance of snagging.

It has standard semi-auto handgun controls. It has a thumb safety up on the slide, a magazine release below and behind the trigger guard, and minimal sights.

Operation was good, if not impressive. The gun has enough weight—around 21 ounces—to help tame the recoil of the blowback operation and stay on target for subsequent shots. Even someone with large hands can handle the gun easily without fear of getting bit by the hammer or slide.

Accuracy isn’t a problem out to seven yards. I was able to maintain decent-sized groups that averaged around four inches at that distance the first time I shot the gun.

The magazine on the one we had fit inside the magazine well very tightly. I don’t think this was a problem, but if you were going to carry the gun it I would probably advise you to make sure your magazines were well broken-in otherwise changing out a magazine quickly would be difficult.

Also, something to note, the HSc has a magazine safety that would require you to have a magazine inserted in order to fire it. 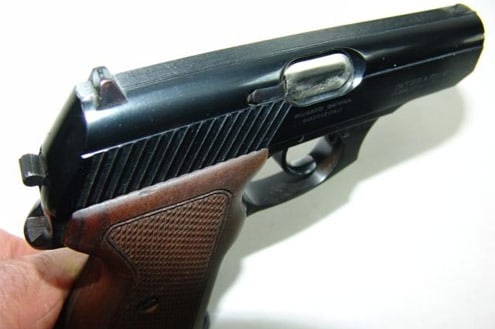 Lastly, the trigger is good, but not great. It would probably benefit from more shooting, or perhaps a slight buffing.

However, you will hear some people saying that the gun will also shoot the more common .380 ACP, and it may shoot it, but a .380 ACP cartridge won’t headspace correctly in the chamber, so that could lead to problems with firing as well as cycling the action. Also, here in the U.S., the 9mm Ultra is hard to find and expensive.

Now, if you come across an HSc-80 designed for the .380 ACP to start with, then I’d say that there’s no problem. The Mauser HSc-80 is a decent little gun and they can be found for about $300. Just make sure you’re clear on how the gun is chambered before you buy.