Is the Ruger LCR a perfect concealed carry revolver?

The Sturm, Ruger & Company line of LCR composite-frame revolvers have been available for a few years now (2009) and since expanded from the basic .38 Special that weighs 13.5 ounces, to a 17-ounce version that can handle full .357 magnum loads, and a slightly heavier one that shoots .22 Long Rifle.

Ruger makes excellent firearms and I have grown up with them, but I was more than a little skeptical at the prospect of a revolver with a composite frame when I first heard about it. And the initial images released of the gun didn’t belay my skepticism. 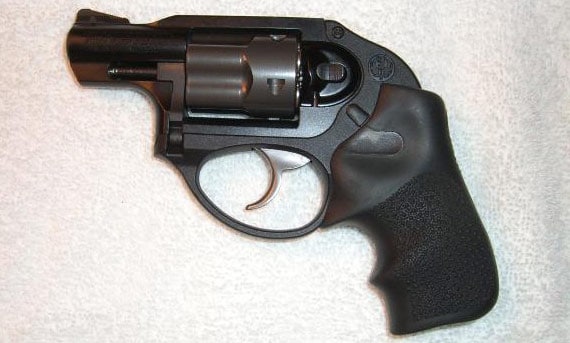 But then the first Ruger LCR revolvers were actually introduced and I found out more about them. The frame is actually only partly composite while the part that holds the barrel, cylinder, and receiver is all aluminum. The internal components like the springs, firing pin, trigger assembly, et cetera are all housed in the grip frame and are well supported and plenty robust. My skepticism turned to curiosity.

When I had a chance to actually handle and then shoot the LCR, my curiosity turned to enthusiasm. Since then, having shot several different guns of both the .38 Special and .357 LCR models, I have become even more impressed even though I still think the LCR is somewhat lacking in the aesthetics department. But in the end it does what it is designed to do.

Like the S&W J-frame revolvers, the models it was meant to compete with, the LCR is an excellent self-defense tool. It’s virtually the same size as the J-frames and the weight is comparable (depending on which specific models you’re talking about). So it hides as well in a pocket or a purse because it has that same general ‘organic’ shape.

The difference is, the LCR is, if anything, even easier to shoot than your typical J-frame Double Action Only revolver (DAO, where the hammer is cocked and then fired in one pull of the trigger). I’m a big fan of the Smith & Wesson revolvers, and I like their triggers. But the LCR has a buttery smooth, easy to control trigger right out of the box, which is as good or better than any S&W. Good trigger control is critical with a small DAO gun and makes a world of difference for accuracy at longer distances. I would not have expected it, but the LCR is superior in this regard. 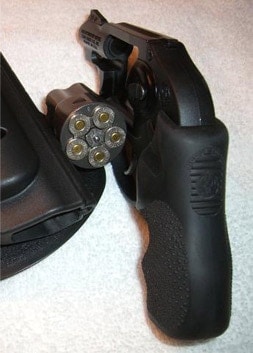 Like any snub-nosed revolver, the very short sight radius means that these guns can be difficult to shoot accurately at long distance (say out to 25 yards). But that’s not what they are designed for. They’re designed to be used at self-defense distances (say out to seven yards). And like the J-frame DAO models, even a new shooter can become proficient quickly.

I consider the .38 Special model sufficient for self defense. It will handle modern +P ammo, something quite adequate to stop a threat in the hands of a competent shooter. And the lighter weight is a bit of an advantage. But there’s a good argument to be made for having the capability to shoot either .38 Special or .357 magnum cartridges.

My only criticism of the LCR line is that they haven’t yet been around long enough to eliminate potential aging problems. All of the testing that has been done suggests that there won’t be a problem and I trust that, but only time will truly tell if they hold their value over the long haul.

So, there ya go. Like I said about the S&W Centennial models: Want the nearly perfect pocket pistol? You’d be hard pressed to do better than a Ruger LCR.