For a while, Smith & Wesson offered a large “N” frame, lightweight .45 ACP revolver called the S&W 325PD. Although it had some unusual design features for its intended purpose, it wasn’t a bad gun, just not right as a pocket pistol.

Today, about the closest thing in Smith & Wesson’s current lineup to it is the S&W 325 Night Guard, even though it has a 2.75-inch barrel and weighs an additional 6.5 ounces.

Why did they stop producing the S&W 325PD? Good question.

The Smith & Wesson Model 325PD was a variation on the classic S&W 25 and S&W 625. It was designed to be lighter weight thanks to a Scandium Alloy frame and then it was made even lighter by giving it a Titanium cylinder. At only 21.5 ounces, it was very light for its size, but not too light. 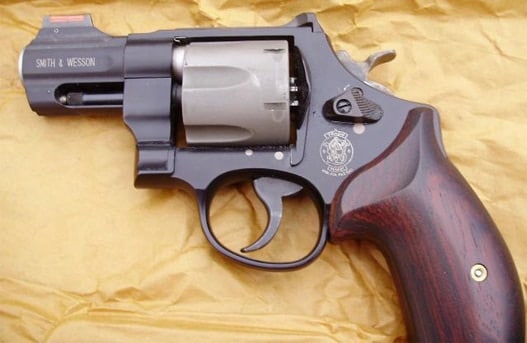 I had the chance to shoot a lot of rounds through the 325PD when Ballistics By The Inch did the .45 ACP testing. While firing the gun produced more recoil than a heavier revolver would, the .45 ACP is actually a fairly low-pressure load, so the recoil was still quite manageable, meaning I didn’t think that recoil was the problem.

And it wasn’t that the gun was chambered for the .45 ACP. There are a number of good reasons to have a revolver in this cartridge. First, it’ll have reduced recoil even while throwing a large, heavy slug down range.

Next, it uses ammo that’s compatible with a variety of semi-automatics. And when comparing a revolver with a 2.5-inch barrel and say an Officer-sized 1911, it still has a decent performance in terms of ballistics.

Lastly, if you limit the gun to just the .45 ACP rather than going with something more flexible like the S&W Governor, you can design it with much shorter cylinder and it should have a smaller overall size.

A lot of people thought of the S&W 325PD as a pocket gun, due to the weight being so low. The problem is it’s still an N-frame revolver and pretty damned big. Also, Smith & Wesson equipped it with terrible sights–terrible for a pocket gun.

It was equipped with a front Hi Viz red sight, which is good for target acquisition, but the thing is huge. And the rear sight was adjustable, which is, again, nice for a target gun, but it means just that many more edges and corners to get hung up on things when trying to retrieve it from a pocket.

And I think that’s why they stopped producing it. If you’re not going to carry it in a pocket, but rather a holster, you can allow it to be a little heavier and save the cost of producing it with a titanium cylinder, which will also make it handle recoil better.

Go with a lower profile tritium front sight and a fixed rear sight. Do those things, however, and you have the S&W 325 Night Guard. Huh? 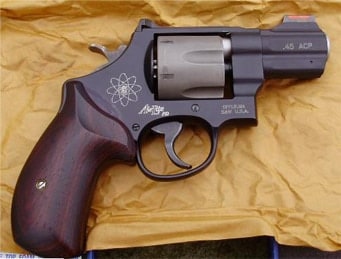 There are still S&W 325PD guns out there used, but if you come across one that hasn’t been abused and the asking price is fairly decent, you can trust that it is a good gun. It has all the characteristic of one and it’s Smith & Wesson quality.

The one I shot, and the others I have seen, all had excellent fit and finish. A good trigger in both single- and double-action. And probably as accurate as you can be with a snubbie—that was certainly the case for me hitting three-inch groups at 10 yards and six-inch groups at 25 yards.

The S&W 325PD should hold up fine with normal use—I haven’t heard of there being any problems with them. Like I said, Smith & Wesson quality.

The S&W 325PD wasn’t a bad gun. Not at all. It was just a slightly flawed design, but one that has been corrected in subsequent offerings from Smith & Wesson. So if you find one at a great price, you might consider how you can make it work for your situation. You can typically find it for anywhere from $650 to about $900.